For Iowa State fans, his name and that tag are inseparable.

But for Fizer — whose dominant dunk-filled career helped push the Cyclones into the Elite Eight in 2000 — humility reigns.

So much so that his kids wonder why he didn’t talk up his star status at all before the family ventured to Ames Wednesday in advance of his Friday ISU Athletics Hall of Fame induction.

“It’s kind of like, ‘Dad why you never told us?’” Fizer said Wednesday at the Jacobson Building. “It’s not about me to tell. If there’s a story to be told then you guys will definitely put it out there to be told. I just try to help them get to the place I was able to get to and to be better than I was.”

Spoken like a true dad — even when he happens to be one of two Cyclone consensus All-Americans.

And Fizer’s put his overseas basketball career on hold, as well.

The reason: His oldest son is beginning to catch the eye of college programs and Fizer’s helping to coach him in Las Vegas.

“I want to be able to be there for him for his last year in high school,” said Fizer, who finished second in the 2000 Wooden Award and National Player of the Year voting. “He’s being recruited by a lot of different teams and definitely this is one that I would want to have a chance to look at him. So to put my career on the backburner or even to end it … we will see what happens.”

Fizer ranks fifth on ISU’s all-time scoring chart (1,830 points) despite leaving after his junior season to play with the NBA’s Chicago Bulls.

He said not leaving when former Cyclone coach Tim Floyd became the Bulls coach in 1998 was one of his proudest moments at ISU.

“That was a pivotal and very proud moment for me,” Fizer said. “Once coach Floyd left, which I hold no ill will to him — I know the guys that are here now are going through a similar situation, which I’m going to speak with them about. But just remaining here. I know a lot of people were apprehensive about me leaving because a lot of guys do transfer, but I made a commitment. I made a commitment to here and it turned into something more magical than I ever could have imagined. It just continued to grow.”

Fizer also expects to be flanked by friends and former teammates such as Stevie Johnson and Paris Corner as his name finally hits the Hall. 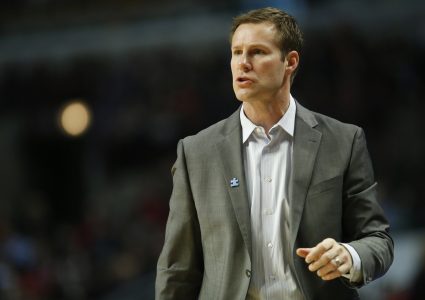 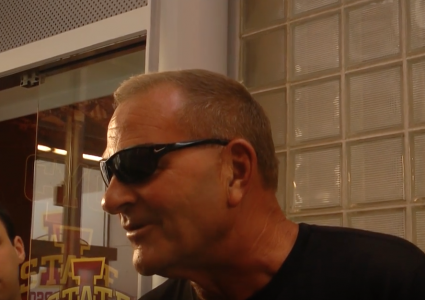 Danny Mac is back for ISU’s Hall of Fame weekend