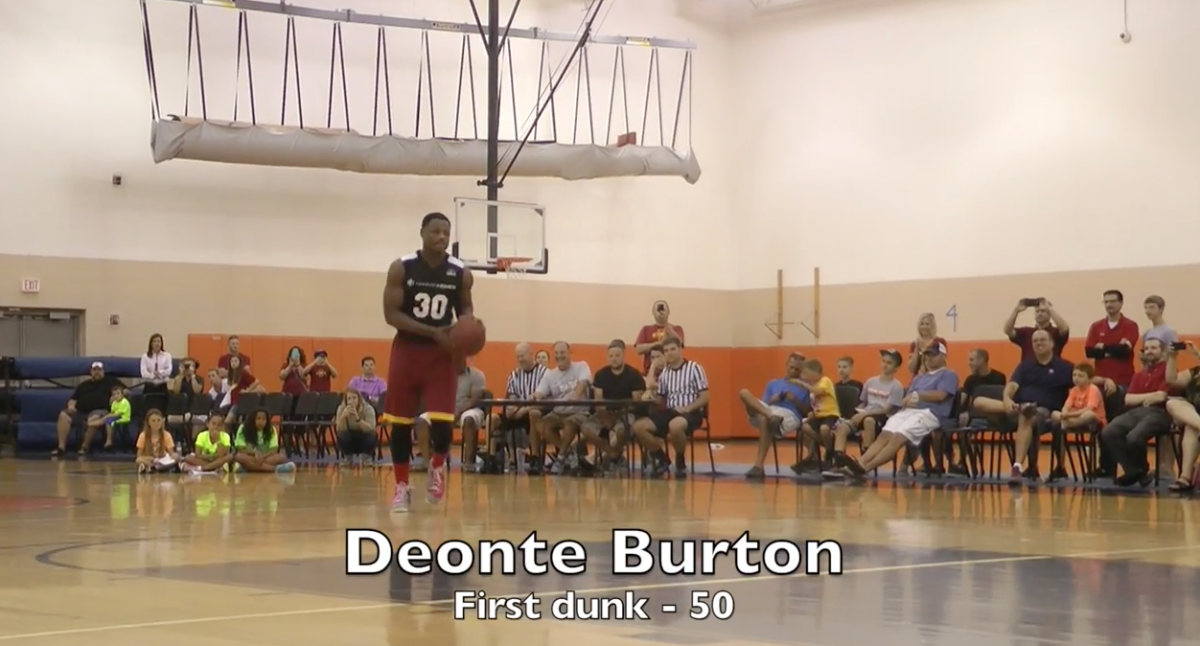 WEST DES MOINES –— It shouldn’t come as a surprise to anyone that Deonte Burton won the 2015 YMCA Capital City League dunk contest on Friday night. In fact, it wasn’t even close.

Burton talked trash, alerted the other contestants of how much time they had on the clock and strutted up and down the sidelines like a lion surveying his prey. When it was his turn to dunk for the first time, he unleashed a hammering windmill that caused the announcer to tell him not to break the equipment.

It could be called a tainted title since Burton was the only Cyclone to compete, but Pepperdine’s Nate Gehring along with Drake’s Billy Wampler and Ore Arogundade threw down some nice dunks of their own.

Burton defeated Arogundade in the finals.

You can see full highlights of Burton’s dunks, and all the other dunkers, in the video below.

Jordan Ashton set a new record in the CCL 3-point contest in the first round, but Matt Thomas bested Ashton in the finals to clinch the 2015 YMCA Capital City League 3-point contest.

Thomas pulled in a first round score of 23, then 21 in the finals to best Ashton and Drake’s Reed Timmer, both with 20. Grand View’s Teyontae Jenkins had 15.

Ashton’s 25 was the new all-time high in the two year old event. The first four shots on each rack were worth one point, with the last ball being worth two.

You can watch full highlights of Ashton and Thomas’ rounds in the video below.

*** Jameel McKay scored 44 points and grabbed 11 rebounds to lead YMCA into Sunday night’s semifinals. He shot 17 of 27 from the field and knocked down three 3-pointers.

Nick Babb also added 12 points and 10 rebounds in the win, while Abdel Nader scored 25 points and grabbed 15 rebounds for Renaissance.