I’m sure you’ve all heard by now, but Matt Abdelmassih has accepted an assistant coaching position at his alma mater, St. John’s. He will be on the staff of former NBA/Red Storm great, Chris Mullin, who accepted the position yesterday.

What does it all mean for the future of Fred Hoiberg’s program in Ames?

It’s early, but here are a few answers to questions I am seeing a lot of on Twitter.

What does this mean for Iowa State’s chances of landing McDonalds All-American big man Cheick Diallo?

First of all, to assume that Iowa State was going to get the blue chipper even with Abdelmassih would be a stretch. Sure, it could have happened but Kansas and Kentucky likely would have had something to say about that as well.

Diallo is a New York guy and was previously considering St. John’s as well. Abdelmassih was Iowa State’s point man on his recruitment.

I’d be a cold liar if I told you right now that this won’t hinder Iowa State’s chances because it absolutely will.

Are the Cyclones out? No. A guy named Hoiberg still resides in Ames. But this certainly doesn’t help Iowa State’s cause.

Who will Fred Hoiberg look to as a replacement?

Also know that this news isn’t throwing Hoiberg off guard. He’s known for days that this was coming down.

It’s too early to tell but I fully expect that Hoiberg already has a good idea as to who he wants to bring on board.

I expect it to be someone who Fred has a prior relationship to.

The name T.J. Otzelberger has been floating around quite a bit. That would make sense as the former Greg McDermott/Hoiberg assistant bolted for Washington a few years ago and the Huskies haven’t exactly set the world on fire. However, Otzelberger has an interview to become the next head man at Green Bay this weekend. He’s also in the mix to become the head coach at Northern Kentucky.

What about Barret Peery? This was the first name that came to my mind. The former Indian Hills Community College head coach is now at Arizona State and has a longstanding close relationship with the Hoiberg regime. This would make a ton of sense.

My only guess: It won’t be an outsider. It will be someone who Hoiberg has close ties to.

The silly season has arrived! 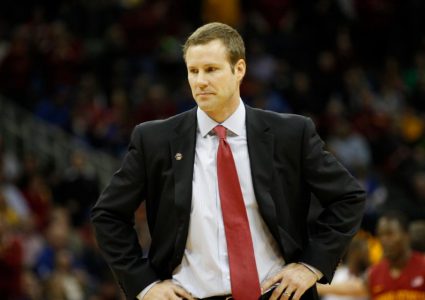 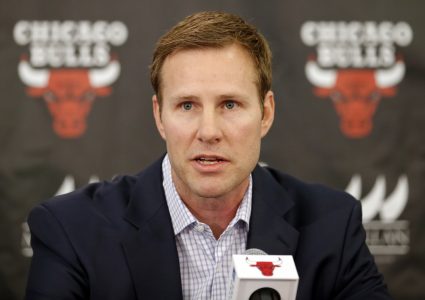