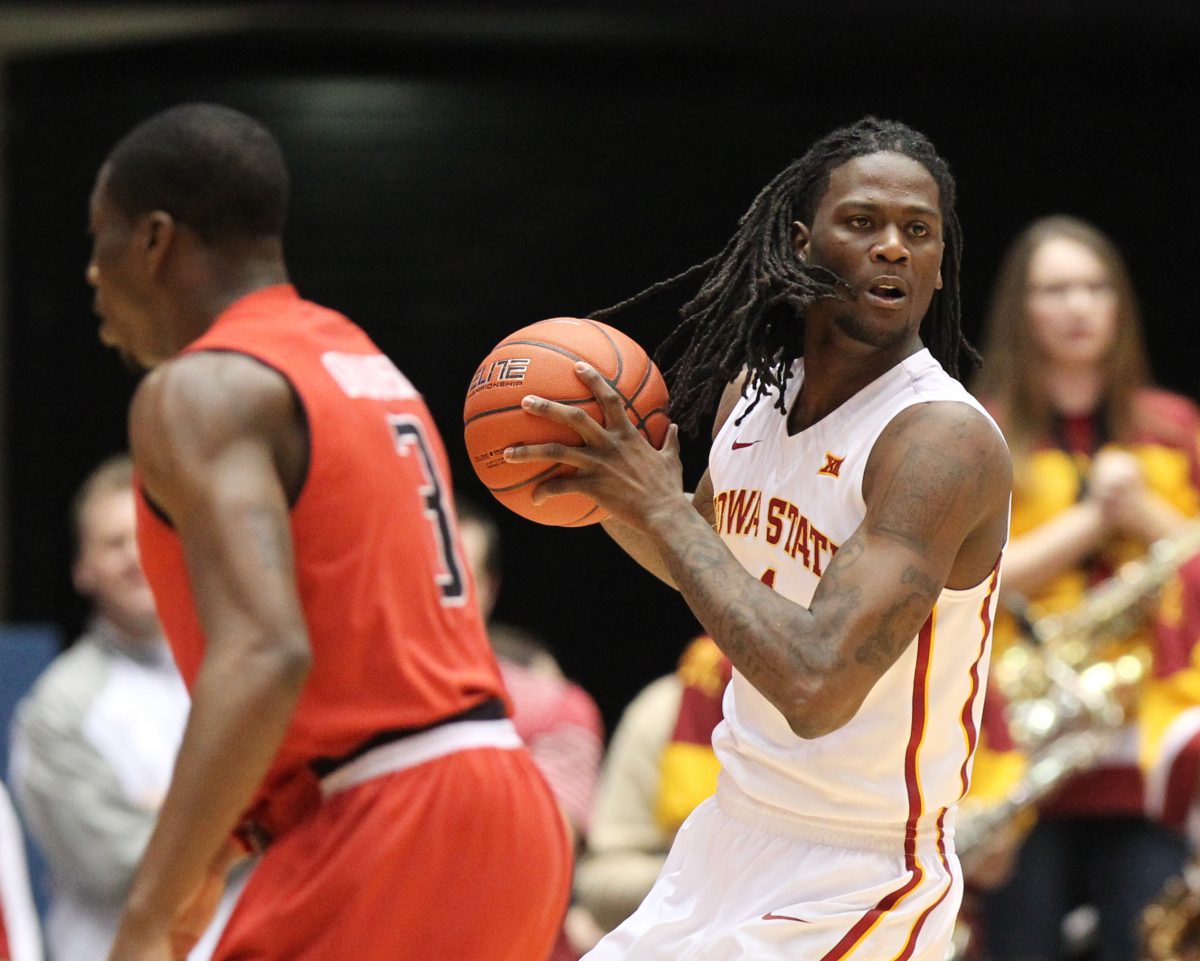 AMES — The magazines sat unread, a lonely pile of rectangular afterthoughts cast aside like shredded wrapping paper on Christmas morning. The flickering TVs, on the other hand, that day in Milwaukee, Wisconsin — soon-to-be Iowa State star big man Jameel McKay made a play for those.

Needless to say his local barbers fully accommodated his viewing choice as the Big 12 Tournament championship game played out down South in Kansas City.

The score at one point: Baylor 11, the Cyclones 1.

“They thought Baylor had it,” McKay said, smiling, this week in advance of  No. 13 ISU’s Big 12 Tournament quarterfinal matchup Thursday with either seventh-seeded Texas (19-12) or 10th-seeded Texas Tech (13-18). “I knew that we would win.”

That concept of “we” for McKay came strictly from scout team work. He had transferred to ISU from hometown Marquette four months earlier, but swiftly became his new team’s most vocal supporter in the Badger State.

Down 10 with a first conference tournament title since 2000 on the line? No problem.

Counted out by many? The more doubters the better.

“It was crazy, honestly, just that whole experience last year,” said McKay, who hopes to help lead the second-seeded Cyclones (22-8) to their first back-to-back Big 12 Tournament crowns in school history. “I was home, excited; I got my family to tune in. We were all watching it. Just crazy.”

That word — “crazy” — might as well be incorporated into the the tournament as a whole.

It seems apropos as ISU, now 11-time defending league champ Kansas, Oklahoma, West Virginia, Baylor and as many as two others seek to translate success at the Sprint Center in Kansas City into precious NCAA Tournament momentum.

The Longhorns stumbled throughout most of the conference season, but an expected dismissal of Tubby Smith’s guys tonight should help conjure a line on the Big Dance card for them.

From there, who knows? That’s the beauty of these four days. Odds exist and favorites are cast.

But always, countless "experts" end up crumpling up pieces of well-marked paper in confused anger, foiled in a precisely-plotted effort to figure it all out in advance.

“On paper, you would think we’d might as well start prepping for Texas because of the size and the players that they have,” star Cyclone point guard Monté Morris said. “But you can’t look past Texas Tech (which beat ISU in Lubbock) either. You just got to wait and see where the cards fall in this league because anything’s possible.”

Could the Cyclones win it again? Absolutely.

They field the league’s top offense and feature myriad scoring options in Georges Niang, Morris, McKay, Bryce Dejean-Jones (off the bench) and Naz Long, among others.

“It’s gone so fast, it’s been such a blur,” ISU coach Fred Hoiberg said of his team’s record fourth straight 20-plus win season. “I like where we are right now.”

Kansas? Sure. Perry Ellis could return at close to optimal health — and he’s the guy that silenced ISU in the 2013 semifinals with a career-crowning effort.

Oklahoma? When Buddy Hield’s on your team, a postseason run’s always within the realm of possibility.

Just about anyone else? Well, West Virginia could have a healthy Juwan Staten, the Bears feature an array of frightening players such as Taurean Prince, Royce O’Neale and rebounder par excellence, Rico Gathers.

And let’s not forget the spoilers such as Oklahoma State (Phil Forte and Le’Bryan Nash) and Texas and ?

“Coach is going to be preaching on how hard it was to compete last year at the Big 12 Tournament, never mind just win it,” Niang said. “So I think guys are going to be ready to go; I think they’re going to compete at a whole new level. It’s a one-game season from here on out. Nothing’s guaranteed.”

Baylor learned that last March, as it bolted to that 11-1 lead on ISU and didn’t allow a field goal until Long converted a 3-pointer with 12:26 left in the first half.

McKay cheered from his barber’s chair when that happened — and one year later he could hold the clippers.

“I watched the run they made last year and just want to contribute to another run this year,” the Big 12’s Defensive Player of the Year said. “The best players play the best in March.” 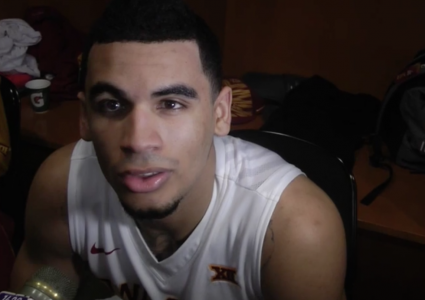