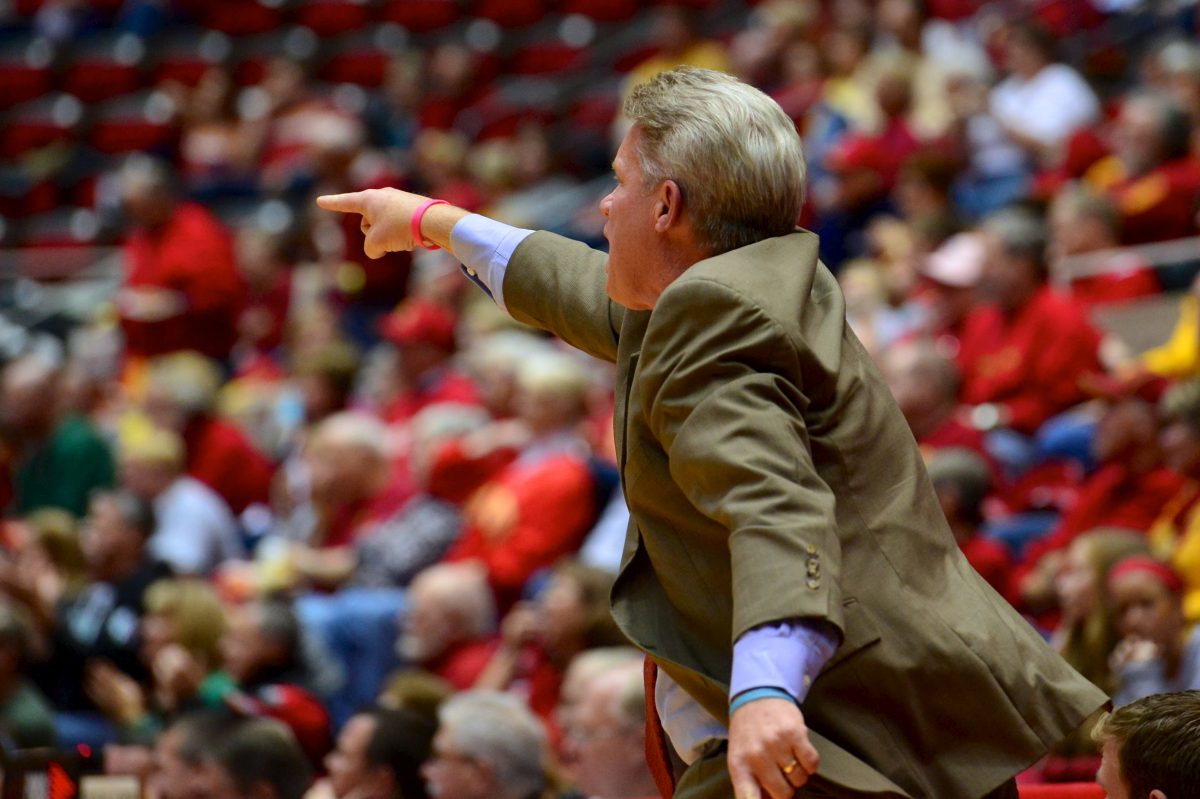 AMES — The Iowa State women’s basketball team was riding the highest of highs coming off their win over No. 8 Texas and heading into their game with Kansas on Wednesday.

However when the clock hit zero on Wednesday night, Iowa State had dropped to one of the lowest of lows.

It doesn’t get any easier for the Cyclones this weekend. The Oklahoma State Cowgirls (12-7, 2-6 Big 12) are set to invade Hilton Coliseum Saturday night for a 6 o’clock tip.

Despite the Cowgirls not having the best record in conference play, they aren’t a team that can be taken lightly either. They beat Kansas State 69-47 earlier in the season and just lost to the Wildcats on Wednesday 52-51. They also played right withTCUtwice losing 70-66 and 71-62.

“They’re always a team that’s well prepared, they run a lot of good stuff,” Fennelly said. “They’re hard for us to guard, our matchups are always kind of difficult and I think you see that in our league. Some teams you matchup really well with and other teams you don’t, and you can’t figure out why. Oklahoma State’s always been a little bit tougher for us.”

The Cowgirls have four players averaging double-figures in scoring and are led by 6-foot junior guard Brittney Martin, at 12.6 points per game.

Martin also leads the team in rebounding by grabbing 8.2 rebounds per game.

“Brittney Martin just annihilated us in the Big 12 Tournament last year,” Fennelly said. “We know how good they are.”

On paper, Iowa State will be the favorites against Oklahoma State, but they can’t have another performance like they had on Wednesday night against Kansas if they have any hope of winning.

According to Fennelly, the Cyclones will have to worry about their own play before they worry about what Oklahoma State will do if they have any hope of bouncing back.

“We’ve got to take care of ourselves first,” Fennelly said. “You’re always worried about the other guy, but we’ve got to do a better job of worrying about what Iowa State’s doing before we can really, really concentrate on anybody else.”