After Xavier Pegues de-committed from Iowa State on Wednesday night, it seemed like only a matter of time until Larry Jefferson, his Itawamba C.C. teammate and fellow defensive end, did the same.

According to Alex Halsted of Scout.com, that is exactly what happened on Thursday.

Halsted broke the news on Twitter that Jefferson no longer wants to be a Cyclone. It’s expected because throughout the recruiting process, Pegues and Jefferson have been open that they want to play together at the next level.

It appears that this will likely happen, at West Virginia instead of Ames.

Jefferson is now the third verbal commitment that Iowa State has lost in the last week. He joins Pegus and junior college offensive lineman Tristan Nichelson, who will attend Texas. 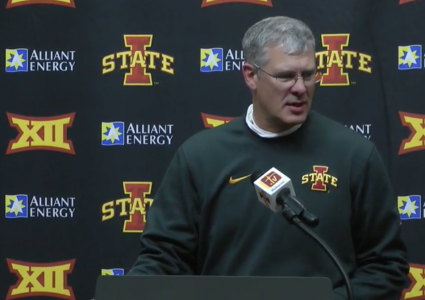