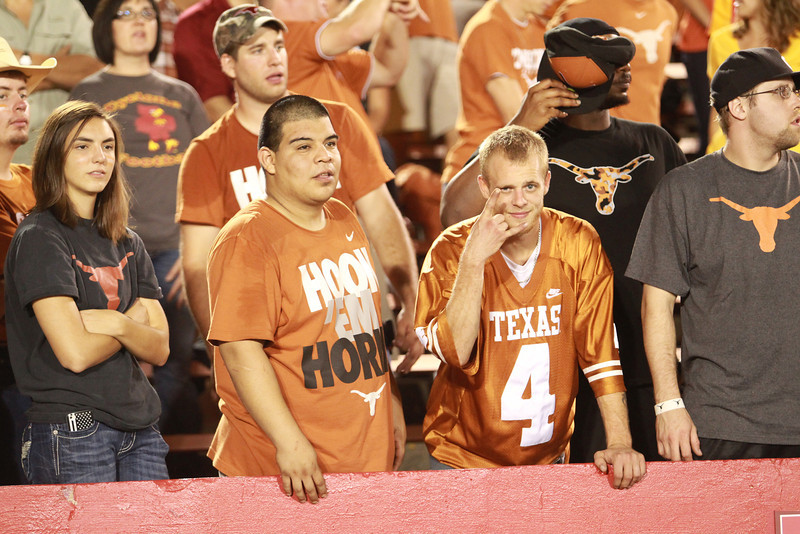 There’s a reason all we’ve heard about regarding the matchup with the Longhorns this week has been centered on the Texas defense; their numbers are off the charts. And it starts with their scoring defense and yards per play numbers.

They haven’t been limiting scores against a bunch of offensive slouches either. They’ve played the likes of UCLA, Oklahoma, BYU, and Baylor.

Below is the summary of the Texas defense against the Cyclone offense that they’ll see on Saturday. Up and down, the Longhorns have dominated on defense but I think the biggest highlight is the play selection from their opponents. Offenses have gained just 5.35 yards per pass against the Longhorns leaving them to choose the run on 66.14 percent of plays, the third most lopsided selection among FBS defenses.

While Texas is still pretty good against the run overall, that is one area for the Cyclones to try and exploit (granted that running the ball hasn’t been a strength for Iowa State). When offenses have ran up the middle or to the right side of the formation they’re averaging just 4.1 yards per carry and they’ve gone that way. On 33.1 percent of run plays, offenses have ran to the left side and gained 5.9 yards per carry.

Is that simply due to a young underside defensive end, Naashon Hughes, who comes in at just 232 pounds? I haven’t scouted Texas well enough to have the answer, but that could be one contribution. Perhaps, it was just how BYU and Baylor chose to attack the Longhorns when they gave up a combined 526 yards on 120 attempts (4.38 yards per carry).

The flip side of that for the Longhorns is that their offense is essentially equal and opposite of their defense in how the key stats stack up. Iowa State actually scores more efficiently than Texas despite all of the struggles for the Cyclones. Iowa State’s defensive numbers won’t knock your socks off but Texas has struggled to consistently move the ball when they average just 3.77 yards per rush and 5.99 yards per pass. The Longhorns have struggled on first down by gaining a minimum of four yards on just 44.9% of first down plays, that is the 22nd worst in FBS. If the Cyclones continue that trend it will setup some passing downs for big time blitzes against a questionable offensive line.

One area on defense where the Cyclones will look to improve that Texas has struggled with is turnovers. The Longhorns turn it over on nearly 15 percent of their offensive possessions which is the 92nd worst in the country. Any turnovers or bonus special teams yards will be especially valuable to ISU against such a stout defense.

As for the game plan? On defense, I’d suspect the box to be loaded up and focus on stopping the run and containing Tyrone Swoopes on broken plays. Make Swoopes beat you with intermediate and long passes while trying to force him into some bad decisions and throws. Last week against Oklahoma, Swoopes was pretty successful overall completing 27 of his 44 pass attempts for 334 yards to go with his two touchdowns and one interception.

I’m sure that ISU will again try to run the ball but Sam Richardson may have to be a bigger part of that than the coaches would prefer. A heavy dose of wide receiver screens will likely also be in order but ISU will have to hit on some big plays down the field and try to eat up chunks of yardage whenever possible.

The key to me will be keeping Richardson clean as he faces pressure, whether it be from blitzes or a four man rush. The Texas defense notches one sack every 8.5 pass attempts from their opponents, the third most in the NCAA. ISU will either have to check out of plays and find the right hot route consistently or protect Richardson very, very well.

If the Cyclones can contain the run and hit on some big plays, I think they’ll have a chance. 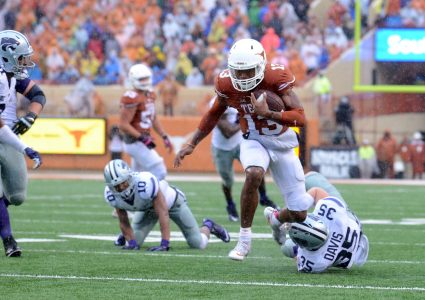