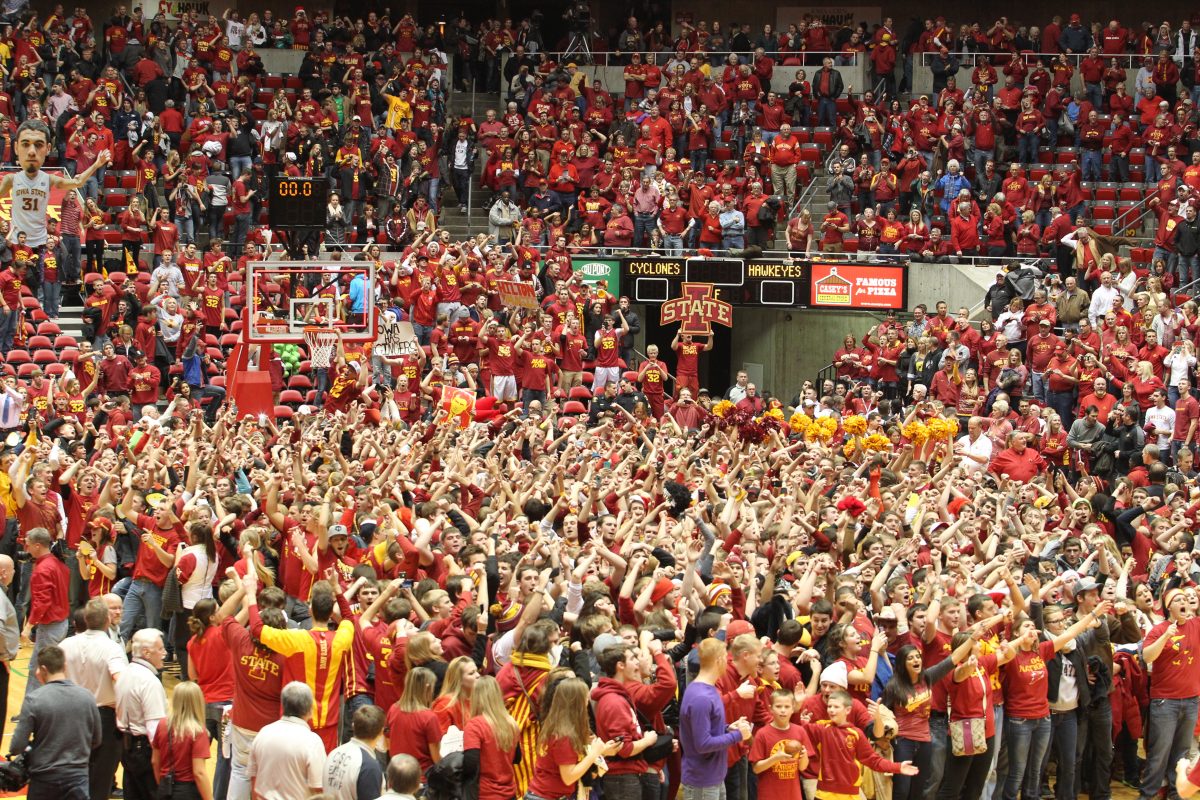 AMES, Iowa – The Iowa State men’s basketball team will be featured in at least three games on ESPN’s Big Monday, with the possibility of a fourth game. The schedule was released today by the Big 12 Conference.

Iowa State will play on Big Monday three straight weeks. The Cyclones’ first game will be on Jan. 26 when they host Texas at Hilton Coliseum. On Feb. 2, Iowa State travels to Kansas and on Feb. 9 the Cyclones visit Oklahoma. All games will start at 8 p.m. (CT).

Iowa State’s home contest on March 2 is part of a “flex pick” option for ESPN. The network will choose between the Cyclones-Sooners and Baylor at Texas.

The three or four games on Big Monday will be the most for Iowa State in a single season.

The Cyclones played a pair of Big Monday games last season, beating Oklahoma State in a triple overtime thriller in Stillwater and falling to Kansas at home.

Once again, the Cyclones are favored on Big Monday