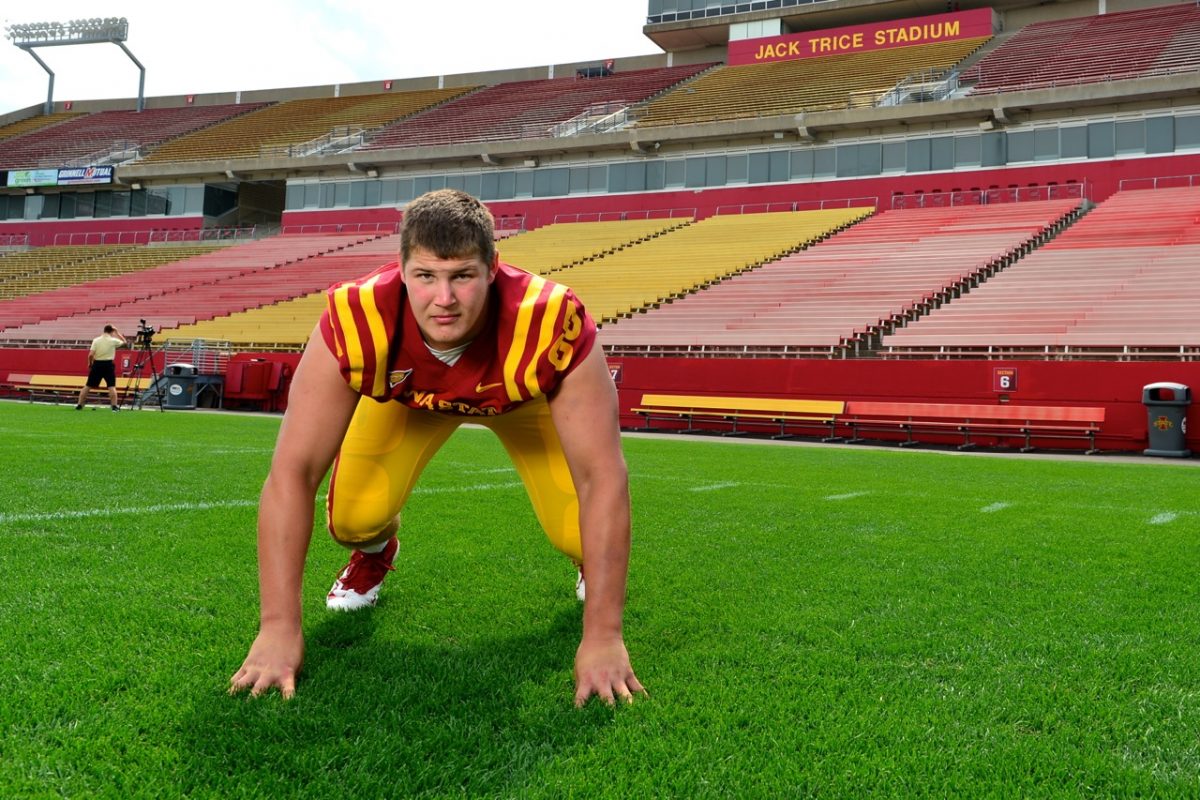 Brandon Jensen, a fifth-year senior who quit the team in December, decided that he wanted to re-join the program on Thursday morning. Paul Rhoads, who has delivered nothing but bad news regarding interior linemen as of late, accepted his decision via a press released issued by Iowa State.

“We are obviously extremely pleased to have Brandon back with us next year,” Rhoads said in the release. “He gives an immediate upgrade at a position we are very thin at. He also brings tremendous leadership and experience to his position group and our entire football team. Brandon is a hard worker and Big 12-tested. We are looking forward to him being a leader for us in 2014.”

With that being the case, defensive tackles coach Shane Burnham literally feels like a kid on Christmas morning.

“It’s early Christmas, late Christmas, or however you want to look at it,” Burnham told CycloneFanatic.com. “I’m excited to have Brandon back regardless of what happened at the tackle position but given what has happened at the tackle position, I think that it makes it even more great that he is back with us. Any time that you get a starter who has played 36 games, that’s a guy that you can’t replace with experience.”

Iowa State’s situation at defensive tackle has been like an episode of Days of Our Lives since mid-December when rumors of Jensen leaving the program began to surface. He departed the program in January. In spring ball, fellow senior defensive tackles Rodney Coe and David Irving were dismissed from the program for disciplinary reasons.

Exciting 2013, a position group that was supposed to be a refreshing program strength in 2014 had turned into an absolute debacle. When Iowa State released its post-spring depth chart on Wednesday, a sophomore (Devlyn Cousin) and a redshirt freshman (Robby Garcia) were listed as starters on the interior line.That’s never a good sign.

“I told Robby Garcia the other day, ‘Hey buddy you are starting at 3-technique,’” Burnham said. “I said, ‘Congratulations, but that’s a bad thing.’ He knew. It’s nothing that he did but we didn’t have anybody in front of him. You just don’t want to be in a situation where you are playing somebody that young unless he is Ndamukong Suh.”

And that’s what makes Jensen’s return to the program so imperative for Iowa State. No, the Ankeny native is most certainly not Ndamukong Suh. In fact, Jensen only tallied 18 tackles as a junior. Jensen however is the textbook example of how this program needs to develop defensive linemen – specifically at tackle – the hardest position in college football to recruit.

“We don’t get Ndamukong Suh, ever,” Burnham said. “You hope that he plays his best ball and that’s something that we talked about in December. He called me and said that he was leaving and I couldn’t believe it. I said, ‘Look man. You are getting ready to play your best ball.’”

“McDonough and Laing, the way that they improved between years four and five was leaps and bounds for both of them,” Burnham said. “For us and who we are, you need to be out there playing with a bunch of redshirt juniors and redshirt seniors and be getting their best ball. You would hope that any fifth-year guy would play lights out, their best football in their fifth year.”

After Jensen left the program, he continued to stay in touch with Burnham. The pair, who have always had a good relationship, spoke often and in one conversation without even knowing it, Jensen slipped up.

According to Burnham, it was Jensen who approached Iowa State about coming back.

The negative in this story is that Jensen missed all of spring football along with winter workouts.

“It sets him back,” Burnham said. “Especially when you are talking about a guy who in my mind is a developmental kind of guy – all of our guys are – it sets him back, sure. The good news is that he has been working out. The good news is that he has played a lot of ball and he was a little bit beat last year because a lack of depth behind him too.”

Clearly, a Brandon Jensen who didn’t play spring ball is a better option than anybody else on Iowa State’s roster at this point in time. To use the cliché, this is a 6-foot-5, 300-pound “grown man” we are talking about here. Not a rookie.

Will he be accepted?

According to Burnham, this was the big obstacle for Jensen. Would his teammates accept him back on the team after quitting in December?

“I think that was his biggest concern,” Burnham said. “Is this something that everybody is going to be on board with? I think that says a lot about him. It shows a lot of maturity. Some guys don’t care what their teammates think about them. Brandon really wanted to know how this would be received.”

This is where Iowa State’s coaching staff put the situation in the player’s hands.

“I told him that there was only one way to find out and that was to go talk to his ex-teammates and chat was some guys in my room and some guys in leadership positions like (Cory) Morrissey and (Tom) Farniok, those kinds of fellas,” Burnham said. “I don’t know exactly the nature of those conversations but the feedback I have gotten is almost to a man, they all wanted him back. He was a respected worker in the program. He was never a guy who got out of anything. I can’t remember him ever missing a workout or a practice in the four years he was here. I don’t think anybody thought this was a guy to get something by on anybody. I think he woke up and decided he wasn’t ready to close this chapter of his life.”

Iowa State hasn’t released a post-Brandon Jensen re-joining the team depth chart but he is clearly the No. 1 defensive tackle in the program. Consider this this biggest recruiting that Paul Rhoads has signed in theoffseasonfor more reasons than one.

Expect Jensen to line up next to sophomore Devlyn Cousin inside on Aug. 30 when North Dakota State comes to town. With three JUCO defensive linemen joining the program and Thursday’s news, Iowa State’s situation up front went from dreary with a 100 percent chance of severe thunderstorms to partly cloudy. This still isn’t an ideal situation but is much better than what could have been.

Without Coe and Irving, this will hardly be a position of strength but Jensen’s return gives this defensive line a puncher’s chance to be competitive in the Big 12. 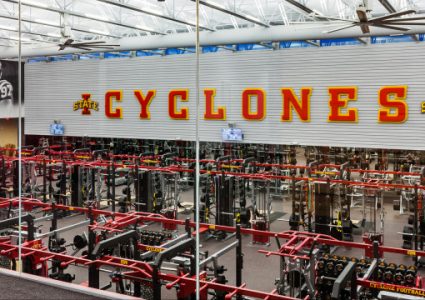