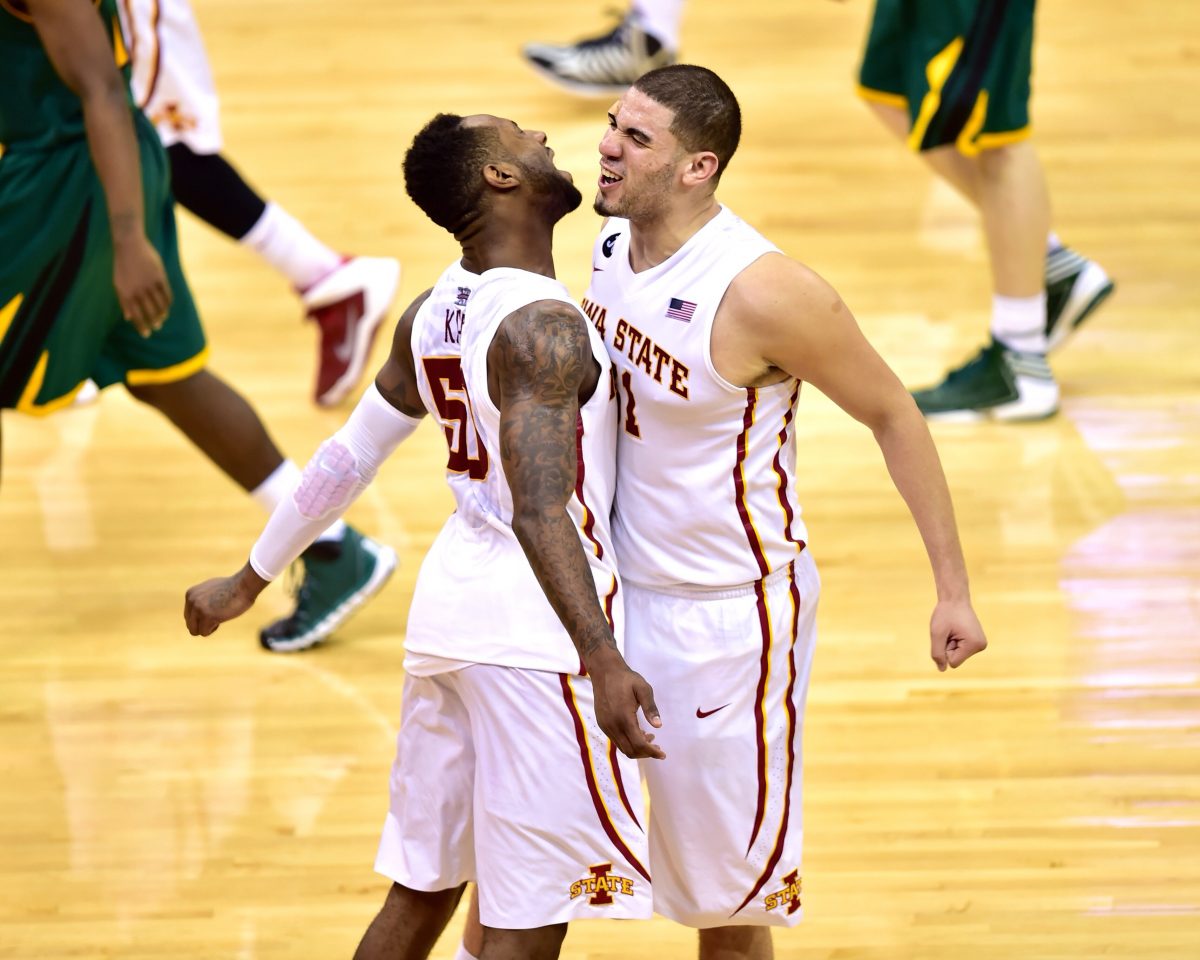 SAN ANTONIO, Texas — Ready or not, the time has come. Georges Niang will not be in Iowa State’s (27-7) lineup in a third-round NCAA Tournament bout with the East Region’s 6-seed, North Carolina (24-9) on Sunday. Niang, who led Iowa State with 24 points in Friday night’s 93-75 victory over N.C. Central, will miss the rest of the season with a broken foot.

It is a critical loss for obvious reasons. First and foremost, Iowa State runs its entire offense through the versatile sophomore. As Creighton head coach Greg McDermott pointed out on Thursday, the Cyclones use Niang similarly to how the Bluejays use National Player of the Year front-runner Doug McDermott.

"Georges does everything for this team especially on that offensive end," Fred Hoiberg said on Saturday. "He’s so versatile. He’s so tough to prepare for. You can use him in so many different mismatch opportunities."

Prior to the injury, Niang had been playing the best basketball of his career. Over the last five games, Niang has averaged 20.4 points per contest for the surging Cyclones. He is Iowa State’s Mariano Rivera – one of the best closers in the game.

"Obviously in the post, where we go to him a lot early in the game and then as the game gets going we use him out on the perimeter," Hoiberg said. "And he always starts with our secondary break action sully a two-man game with DeAndre. And DeAndre makes such great decisions, either getting to the rim or a little pocket pass back to Georges and now he’s the creator. So to have that piece out of your lineup it make sit a completely different game prep for us in how we’re going to play on the offensive end."

Of course, the ninth-ranked Cyclones aren’t just going to curl up in the fetal position for Sunday’s 4:15 tip (CBS). Hoiberg has a plan. It is a fairly simple one too. The Cyclones need to believe, which they do.

"We believe we can compete with anybody in the country. Even without Georges," Hoiberg said. "It’s a confident group that if you believe in each other, if you believe in yourselves, that’s pretty powerful. You can go out there and compete with a team like this that has all these McDonald’s All-Americans and all these great athletes, We’ll go out and compete tomorrow night. It’s going to be a fun atmosphere. its an opportunity to get to NYC and play in Madison Square Garden. Our guys will be ready.”

Sunday will mark only the fourth time in history that Iowa State and North Carolina have met on the hardwood. The Tar-Heels own a 3-0 advantage over the Cyclones. The last time that these two programs met was in the 2005 NCAA Tournament’s Round of 32. The top-seeded Tar-Heels won that game by a 92-65 final.

Without Niang, will Iowa State go the unconventional route on Sunday?

Perhaps. Hoiberg’s projected starting lineup now includes Naz Long, a 6-foot-1 combo-guard. That’s a big size drop-off for a team that already lacked it.
Even so, the undersized Cyclones have out-scored 14 of their last 16 opponents in the paint.

"People have talked so much about how we live and die by the three, but I think all but three teams we’ve outscored in the pain this year," Hoiberg said. "We’ve been a team that will take what the defense gives us. We’ve been fortunate to shoot the ball very well lately, over 50 percent over the last four games."

"The kid’s amazing. He does such a good job of being a leader on this team. He’s been since the day he stepped on campus. Just the way he’s been able to bond with our fan base. He always plays with a huge chip on his shoulder and he’s turned that into a positive. He’s always been in the shadows. It always rubs over to Georges as a player, but he’s also our emotional leader. He’s a guy thats a great communicator — he and Melvin are our two best out there on the floor. Se we’ll miss him, but I can promise you this; We’ll hear Georges and he’ll be out there and be our biggest cheerleader tomorrow night.”

*** North Carolina is 8-5 against NCAA Tournament teams this season. By comparison, the Cyclones are 13-6 vs. the Field of 68 (including Friday’s win over NCCU).

*** Iowa State is 19-0 while leading at halftime this season. The Tar-Heels are 18-0 with an advantage at the break. Come Sunday, something has to give.

*** Iowa native and UNC point guard Marcus Paige is the only player in the NCAA’s top five in scoring and assists. Paige led the Tar-Heels with 19 points in Friday’s win over Providence.