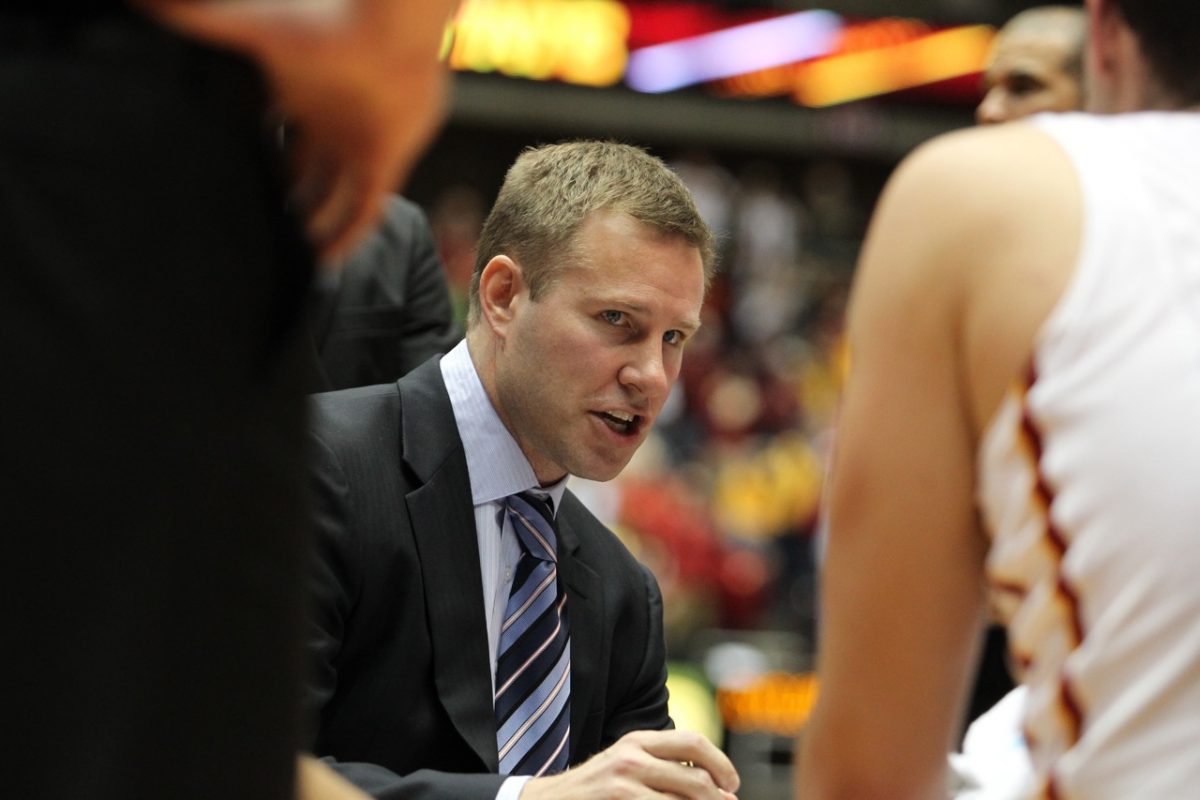 Monday Musings is brought to you by our Supporter of the Week, AnkenyFixIt.

Are you convinced your iPhone has seen it’s last days? Relax.  Chad can fix it, or you don’t pay!  Cracked glass, water damage, not charging, buttons not working, audio issues and anything else…AnkenyFixIt can fix it.

If it’s on our forums at CycloneFanatic.com, social media, at a bar with buddies or tailgating outside of Jack Trice Stadium, there is a cultural conversation that happens quite often within the Cyclone Nation. I hear it all of the time.

This friendly (and sometimes not so friendly) dialogue usually occurs between two people who view the world quite differently.

One party that I will tab as the “sometimes-unrealistic optimist,” believes that Iowa State athletics shouldn’t ever settle for anything. Why can’t the Cyclones win a National Championship? That five-star defensive tackle out of Mississippi really should consider playing for the Cyclones, you know?  The eternal optimist is positive by nature but is also the most vocal type of fan (positive and negative) that you can imagine. He/she consistently lights up social media and wreaks havoc on the message boards. The eternal optimist is passionate about his/her fandom and not afraid to tell you about it.

Then, there is what I call the, “been there, done that, realist.” This Cyclone fan has been kicked in the mid-section more times than a Fanatic that wears purple on NFL Sunday’s (I am speaking from experience. Go Vikes). This fan loves his/her Cyclones but also recognizes the very real challenges that exist when it comes to steadily winning at the Big 12’s most northern school and is by nature, hesitant to get too excited about anything.

The “sometimes-unrealistic optimist” often criticizes the “been there, done that, realist” for making excuses and holding Iowa State back.

“It’s people like you who keep Iowa State from taking that next step,” the optimist likes to say.

Know this: Neither fan is wrong with his/her approach. In fact, a middle ground is probably the healthiest position to be in. This is the case with most things in life though (You hear me Washington D.C.?). Multiple events in every person’s life lead us to believe what we believe and why we believe it. As human beings, we are all different. We were created this way for a reason. This is what makes our world work. This is what makes our world interesting. (This is also why nauseating arguments about politics are something that I refuse to participate in but that’s another blog for another website.)

On Saturday, I chose to attend our game watch at BenchWarmers in Ankeny with my wife and some friends. I don’t do this very often but I wanted to sit back, Jack Daniels in hand, and enjoy an Iowa State game with you, the Fanatics, and not worry about work while doing so.

If you watched the game, you know that it was far from Iowa State’s finest performance of the season. The Cyclones were listless. TCU entered the game 0-13 and was playing without one of its best players. The Horned Frogs still made every Iowa State fan watching sweat for a good 37 minutes. But here’s the kicker: I never got the feeling that the people around me were in all-out Clone panic mode. Not once.

Think about it this way: How many times have you, the Cyclone Fanatic, watched and Iowa State game (in any sport) and literally sat there and waited for something terrible to happen? Give me an honest answer…

(Side story: We often joke that Cyclone Fanatic should create cardinal and gold nut cups with our logo on them to sell as merchandise. We laugh, but I guarantee it’d be a hot item the student lot at JTS next fall. )

Traditionally as a fan base, this is how things have been for decades. Based off of history, this “wait for disaster to strike” mindset is not only understandable, but it has been somewhat contagious too.

For years, Iowa State has had a fever and apparently, the only prescription was Fred Hoiberg (thank you Christopher Walken).

When it comes to this Cyclone basketball team and specifically, this basketball program, you all are expecting the good these days. For the first time in my career in covering Iowa State football and men’s basketball, I genuinely feel like this fan base expects its team to win every time that it takes the floor, regardless of the opponent or venue. That starts at the top.

What exactly does this mean? I am not a big believer in superstition, so fans thinking positive thoughts shouldn’t have much of a direct impact as to what happens on the floor.

To me, luck is created. Talented teams tend to have more luck than bad teams. Kansas has better luck than TCU because Kansas is better than TCU. (Just like in life, successful people create their own opportunities. They don’t sit back and wait for good things to happen to them.)

A change in culture at Iowa State has been considered necessary for a long time. This positive step began to take place when Jamie Pollard took over as director of athletics in 2005. His attitude started a bit of a Cyclone revolution. The billboards. The brash quotes in the newspaper. Knowing the challenge that he was up against, Pollard went toe-to-toe with Iowa State’s top competitor for recruits, resources and fans; the University of Iowa. He was criticized often (and still is today), but Iowa State needed a leader to stand up and say, “Enough is enough.”

That is exactly what Pollard did. But a fearless leader can only do so much. Pollard’s programs needed to have success on the field/floor to give his message credibility and as a result, take things to the next level.

With bowl games and NCAA Tournament’s becoming the expectation, all of the above has occurred but other steps can still be taken.

This is where Fred Hoiberg’s program is different than anything I’ve seen since Pollard got to town. Gone is the, “wait for it” culture. The, “time is now,” era is officially here.

On CF, on Twitter, chatting with you around Iowa State sporting events, I can sense this within you fans. Of course, this is only one man’s analysis of the situation. For Iowa State’s sake, I hope I am correct. If so, this is a very positive step.

In today’s money hungry college athletics landscape, facilities, coaching salaries and television contracts are constantly making headlines. For the first time, Iowa State is starting to be on a level playing field with some of its competition.

This change in culture is another important step to Iowa State taking things to that next level, a step that this athletic department and its fan base as a whole has struggled with since I can remember. 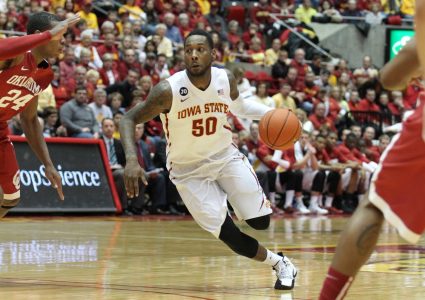 Monday Musings: The Cyclones are due to win in Stillwater