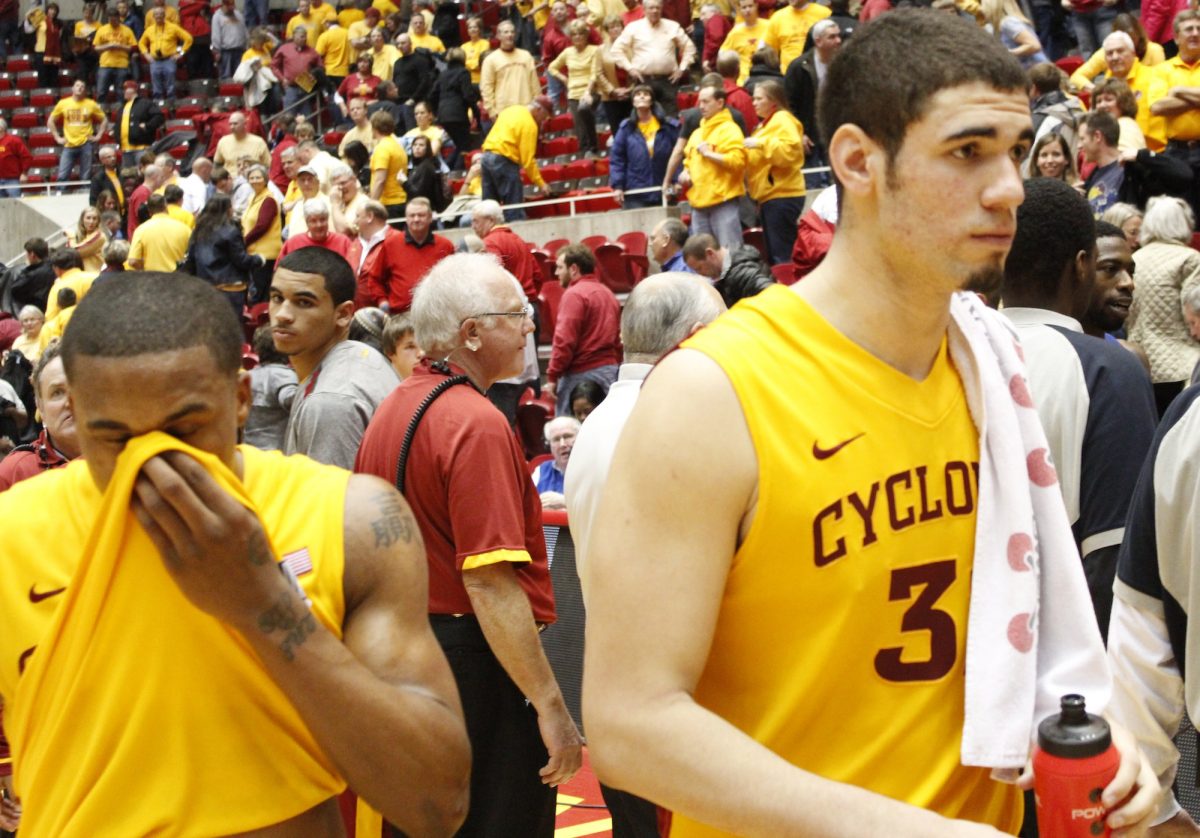 AMES — About two hours before tip time on Monday night, I had a conversation with a friend that went like this: I gave my opinion on how I believed that what goes around comes around. My point in this conversation was that Iowa State had taken one bad break after another during the 2013 Big 12 basketball season and that eventually, something, anything had to go right at the end of some of these games for Fred Hoiberg’s squad.

It was a non-call that turned into a horrific call that made the 14 thousand plus packed inside of Hilton Coliseum go absolutely mad. The Twitterverse sounded off as well. Heck, former NBA star Reggie Miller even voiced his boisterous opinion.

After watching the replay about 15 times, there really is no doubt about it. Georges Niang drew a charge on Elijah Johnson at the end of regulation. The official did not blow his whistle. Instead, Niang got called for a lame hold while the ball was loose. You know what went down after that.

Here’s the deal: I’m never a point at the ref type of guy. Ever. But as I tweeted after Monday night’s game, questioning that officiating does not make you a homer. Questioning a few of those calls simply makes you a rational human being with two eyes that can see.

Here is a great shot of the call in question from our Matt Van Winkle.

Luckily, the man in the middle of this controversy, freshman Georges Niang, handled the situation better than many inside of Hilton – all class.

“A call is a call. We are men here,” said Niang. “We are going to move on and I promise you one thing. We are going to come back even harder the next day.”

Fred Hoiberg didn’t have much more to add to the conversation.

“I guess I can’t get too far into that call. It is what it is,” said Hoiberg. “It happened. You’ve got to move past it. I thought that Georges made a heck of a play by stepping in there and drawing contact but hey, it happens in this game. It didn’t go our way. It’s one of those things.”

For more insight on the officiating, I highly encourage you all to read THIS PIECE by our Brent Blum. Brent knows more about basketball officiating than anybody I know. It’s an insightful column from a guy who sees all sides of the issue at hand.

According to ESPN.com’s Andy Katz, the Big 12 Conference will review the final minute of regulation from Monday’s game.

After the game, Kansas coach Bill Self said that his senior guard Elijah Johnson was the best player in the country on that very night. Johnson torched Iowa State with 39 points while converting on 6-of-10 3-pointers.

Right or wrong, Iowa State’s Korie Lucious put a lot of that blame on his shoulders.

“I definitely take ownership for that because I was the one holding him,” said Lucious. “He hit a couple of deep threes that brought them back and gave them the lead. He played good but I think I had to step up my defense.”

Lucious led Iowa State in scoring on the night with 23 and in his defense, Hoiberg pointed out that a handful of Johnson’s field goals were extremely difficult to make. The guy was in a once in a lifetime zone.

With the game well in hand, Johnson threw down a unnecessary tomahawk jam to end the contest as opposed to running out the clock. That move was not received well with a raucous Hilton Coliseum. Johnson apologized for his actions after the game.

“I want to apologize to the head coach of Iowa State for the last play of the game,” said Johnson. “I shouldn’t have dunked that ball. Right now I am feeling that I should have dribbled that ball out. I got caught in the moment, saw an open basket and attacked it. I kind of got tunnel vision. I guess it was running off of the end of the game. I want to apologize to him.”