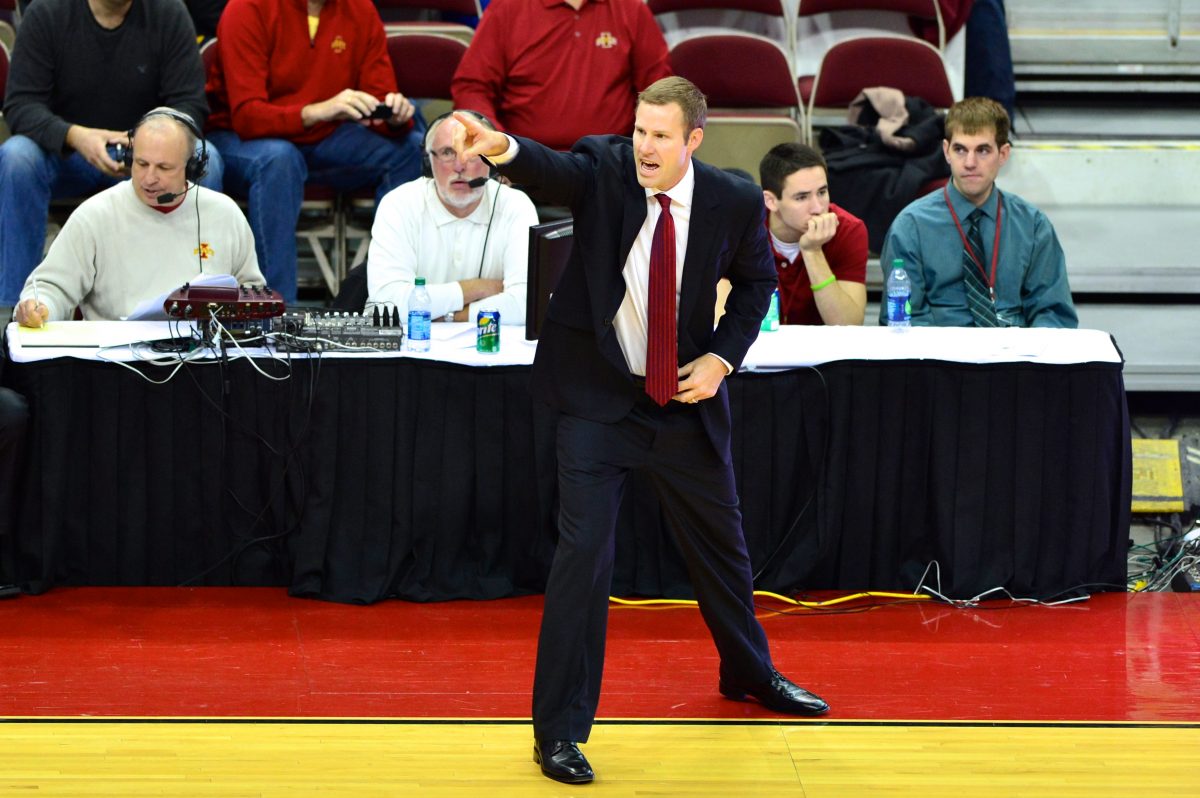 At Fred Hoiberg’s introductory press conference in April of 2010, there were two themes: return Hilton Magic, and play an exciting brand of basketball. Keep in mind, introductory press conferences are often more generic than the latest Nickelback release; everyone wants to protect the home floor and play an engaging style. Even Todd Lickliter assured the Iowa fan-base of an electric style of play.

But listen to Hoiberg for any amount of time and you realize the man has no propensity for lip service. He is Ames’ version of George Washington, there is a doubt if he can actually tell a lie.

Hoiberg’s two-pronged vision has become a reality and the program is on the verge of sustained success because of it.

There was a stretch during the Greg McDermott era where the most discussed item among Cyclone Nation was whether or not Hilton Magic had disappeared. The lack of success on the floor had led some to question if the supernatural had abandoned the space on the corner of Lincoln and University. The faithful had legitimate reason to be concerned.

During Wayne Morgan’s first year at the helm of the program in 2003-2004, the Cyclones went undefeated at home. Hilton appeared to be alive and well and had one of its signature moments when Texas’ Brian Boddicker (an 80 percent free throw shooter) pulled an Al Roker, bricking two free throws with the game on the line to give Iowa State a 78-77 win over the 11th ranked Longhorns.

The grizzled Iowa State fans remember a similar instance in 1992 when Oklahoma State’s Darwyn Alexander failed at the line in an almost identical circumstance.

For a seven year stretch, moments like those vanished. Every year from 2004-2011, Iowa State was .500 or below in Big 12 conference games in Hilton. They didn’t defeat a ranked team in Hilton during McDermott’s four year tenure. It was as if somebody took a vacuum to the concrete fortress and sucked the aura out; there was some sort of bad juju fermenting. When the Cyclones lost to Missouri 76-69 last January 13, it dropped Iowa State to an unfathomable 21-27 in Big 12 games at home over the previous seven years.

Since that Missouri loss, the building has been rejuvenated. Iowa State has reeled off 16 straight wins at Hilton, the fourth-best home winning streak in school history. And half of those wins have come in the cut-throat Big 12 conference – including victories over top 10 foes Kansas and Baylor. Hilton has become a haven for the Cyclones once again and the fans have followed in droves with record season ticket numbers. The 16 game home winning streak is currently the 11th longest streak in the nation.

The Cyclones will need the Magic the rest of the season – win out at home and steal two wins on the road and Iowa State will likely find themselves in the Big Dance for the second straight year.

Part two of Hoiberg’s introductory press conference vision was enticing fans and players alike with a style of play that breeds confidence.

The first game of the Hoiberg era was a home contest against Northern Arizona in November 2010. There was some legit concern that the light-on-depth Cyclones may lose Hoiberg’s debut to a solid NAU Lumberjack team. On Iowa State’s first possession of the game, the Cyclones fired two passes and found Jamie Vanderbeken on top of the arc, with no hesitation the big Canadian launched a 24-foot three with 25 seconds on the shot clock. It was a shot that could get a big guy benched in most systems.  Swish. The bomb squad was on. "Big Silky" Vanderbeken would drain five more threes on that night and Iowa State made eleven as a team as they cruised to a 78-64 win.

The points and long distance missiles have added up since. Iowa State has made 10 or more treys 34 times during Fred Hoiberg’s tenure. Six of the top eight 3-point performances in Iowa State history have come during the 2+ years of the Hoiberg era. It is a contemporary style of play that capitalizes on flow and speed over size. In a basketball world where dominant back-to-the basket post players are few and far between, the Cyclones have adapted accordingly.

Hoiberg has taken a page from his NBA upbringing; traditional positions have gone the way of the VCR. Five versatile offensive players are much more difficult to guard. And the Cyclones are proving that theory by putting up points in bunches.

They have scored 70 or more points in every game this season – out of the 340 Division 1 schools, the Cyclones are the only Division 1 team who can say that. Iowa State has been able to put up points on just about everyone. The 89 points they scored in the loss to Kansas was the most offense generated by a KU opponent in five years; Hoiberg’s club followed that up by posting 82 points on Texas – who came in owning the best field goal percentage defense in the nation.

Bill Self and Rick Barnes each commented after their respective games that the Cyclone offense is unbelievably difficult to stop. It is Iowa State’s version of modern drone weaponry, gone are the days of hand-to-hand combat in the post, it is much harder to defend the quick strike from the perimeter.

The Cyclones are currently averaging 82.5 points per game; out of the six BCS conferences, only Indiana is putting up more points.

Tempo, spacing and flow are a beautiful thing to watch. It reminds of the Kevin Nealon quote from the film classic Happy Gilmore: " Feel the flow, Happy. Feel it. It’s circular. It’s like a carousel. You pay the quarter, you get on the horse. It goes up and down and around. Circular. Circle. With the music. The flow… all good things."

They are feeling the flow. Hoiball at its finest.

And perhaps the most encouraging part of this style is its flexibility and reusability. Hoiberg’s system is the antithesis of "hero-ball." There is a plug-and-play quality that teams such as Butler and VCU have enjoyed in the recent past. Without the need for a dominant big guy, Iowa State can find shooters and ball handlers much easier to fill voids. And who wouldn’t want to play in this fun and gun tempo?

Give Hoiberg a batch of shooters, a tempo first lead guard, and versatile bigs who can run the floor and the beat goes on.

Couple that with the reemergence of Hilton Magic and we are in for some spirited times for years to come. Hoiberg wasn’t lying when he said he would bring Iowa State back to relevance.

Hoiball. Feel the flow, feel it.