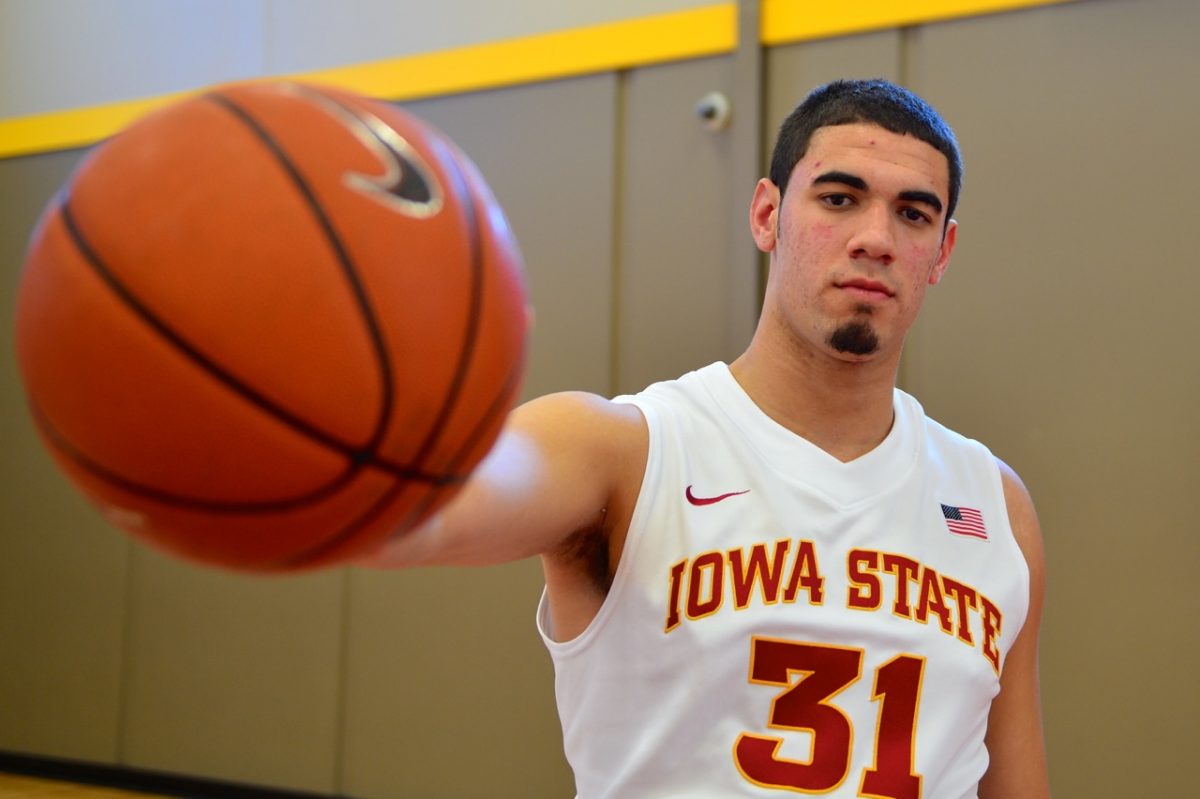 Four-year starters are hard to come by in college basketball anymore. Iowa State just might have one in Georges Niang.

Niang, a 6-foot-7, 245-pound freshman who hails from The Tilton School in Methuen, Mass., was the obvious headliner in Fred Hoiberg’s 2012 recruiting class. Since arriving on campus this summer, Niang’s tireless work ethic, bubbly personality and underrated skill-set have yet to disappoint anybody.

“The first workout that we had, we threw the ball in the post,” explained Hoiberg on Media Day. “Georges just instinctively made a basketball play that you don’t expect a freshman to make. He goes out and sets a back-screen and frees up a guy and knows exactly where to go on the floor to have proper spacing.”

That’s evidence of a little characteristic called a high basketball IQ. Hoiberg fell in love with Niang’s brain the first time he saw him on the recruiting trail.

“He’s had great coaching over the years,” said Hoiberg. “You’re going to look at him on the floor and say, ‘what’s he talking about?’ Wait until you see him play. He just knows how to produce.”

Niang, a consensus national top-100 recruit in 2012, doesn’t have the body of Royce White, the smooth stroke of Craig Brackins or the raw athleticism of Rahshon Clark. What he does have are intangibles – a lot of them.

“He’s talented. That’s all I can say,” said senior forward Anthony Booker. “He has some very fast and great post moves. It’s the best I’ve seen in some time. He’s going to be a staple in this program for the next four years.”

Niang is your classic garbage man. He’s gritty and gifted. He’ll use instincts like beyond-his-years footwork, a second-to-none work ethic and polished skills around the basket to surprise the opposition and make an immediate impact on Iowa State’s program.

For Iowa Staters, the best thing is that there’s nowhere else in the world – not the NBA or at another school – where Niang would rather be.

“I feel like it is Christmas every event that we have whether if it is Media Day or any time we experience anything. I just get excited,” said Niang of his short time in Ames so far. “I can’t wait to actually get out there and play. It has been a long time coming since I committed and I’m excited to finally be here and get things started.”

No worries, Niang is a Cyclone