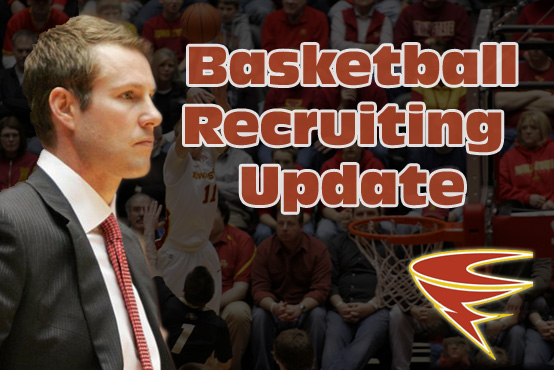 During his official visit to Iowa State on Saturday afternoon, Dustin Hogue verbally committed to the Cyclones and head coach Fred Hoiberg. Hogue, a 6-foot-6 wing has held previous offers from Washington State, Texas Tech and the University of Iowa.

Hogue is the fourth known commitment in the class. He joins high school prospects Matt Thomas (G) and Monte Morris (G) along with his current Indian Hills teammate Richard Amardi (F), who committed to Iowa State a few weeks ago.

“Dustin is a big-time athlete with a great body. He’s one of those mid-sized guys who can play both wing spots," Indian Hills head coach Barrett Peery. "He’s a pretty good finisher around the rim. He’s got a good pull-up game from mid-range. He’s really improved himself at shooting the three. We’ve seen him really extend his game. He’s a fantastic rebounder. He’s got a lot of physicality to his game around the basket. He has the capabilities to become a good defender as well.”

Hogue is originally from Yonkers, New York. Peery said that ball skills were Hogue’s biggest issue upon arriving in Ottumwa. He’s worked on those heavily over the last year.

When asked if some heavy hitters would catch onto Hogue’s skills had he been available later on during the year, Peery replied by saying, “There’s no doubt in my mind.”

Both Hogue and his current teammate Amardi will give Iowa State immediate help on the boards in 2013-14.

“I think Fred has done a tremendous job of trying to build a relationship with these guys and our program," said Peery. "These guys are comfortable with him. They know his background. They know where he’s been. They can relate to him very well because he’s a man who is still in touch with the guys. I think that the guys like that a lot. They feel very comfortable with that.”