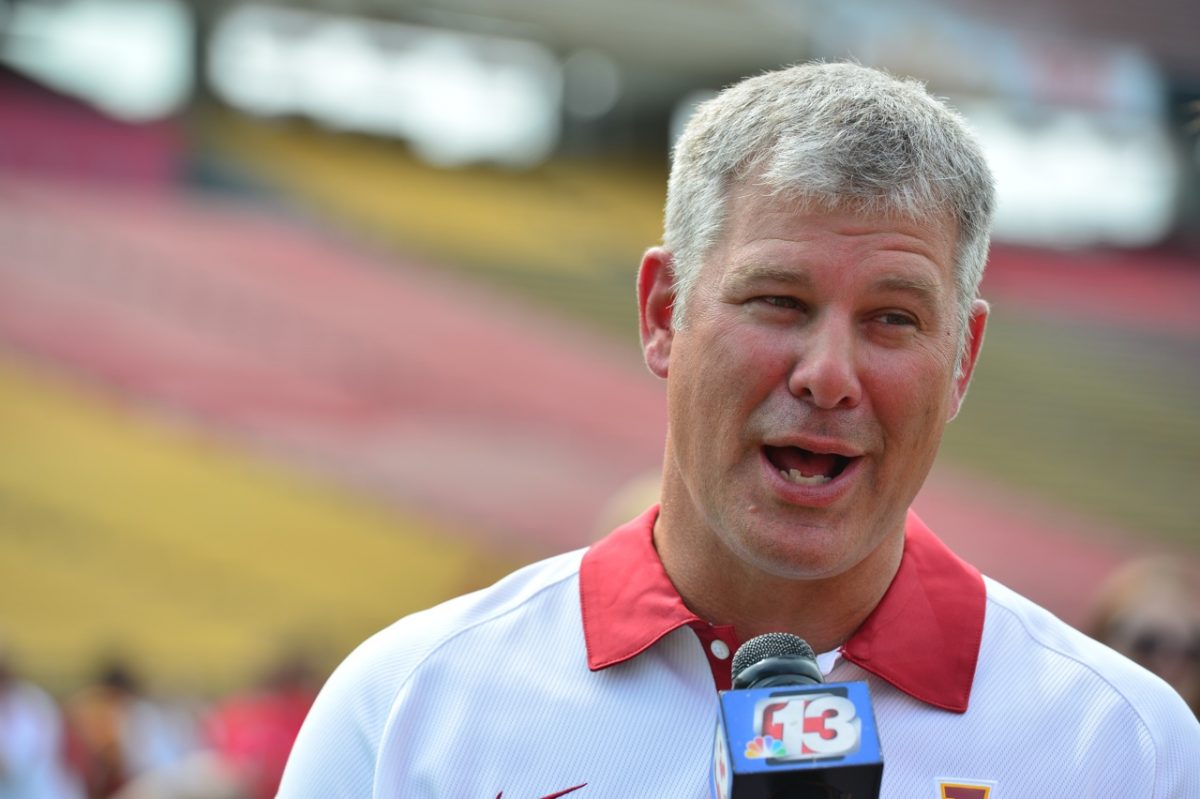 Iowa State’s football media day is on Thursday. With that being the case, I’ve got a few questions, five of them specifically, on my mind heading into fall camp. Here is what I’ll be trying to figure out come Thursday – in no particular order.

Who has the edge at right guard?

Iowa State’s pre-camp depth chart lists an OR between junior Kyle Litchenberg and sophomore Jacob Gannon at right guard on the offensive line. Here are two guys who benefited greatly from injuries a year ago. Size wise, these two are comparable with Litchenberg at 6-foot-6, 294 and Gannon at 6-foot-7, 286 pounds. Something has to give somewhere though. Offensive line coach Bill Bleil better hide cause I’ll be coming at him with the hard questions about this position battle!

Really, how deep is the defensive line?

Is this not always a topic on Iowa State’s media day?

If you’re in the media, a passionate fan, a casual fan, a coach or whoever – you have to be questioning Iowa State’s defensive line heading into this fall camp – and every fall camp for that matter.

I’ll say this. I’m comfortable with the base group of starters that Iowa State has in store for the 2012 season. The Willie Scott and David Irving combo should be able to man one defensive end spot together. I was a skeptic of Roosevelt Maggitt’s recent comeback this spring, but the senior proved me wrong. I’ve heard nothing but positives about his progress. Two seniors in Cleyon Laing and Jake McDonough should be fine up the middle.

But are the guys behind those mentioned above ready to go?

Wyoming transfer Ben Durbin should at the very least be a 10 play per game guy. Walter Woods is about to enter his fourth fall in the program. He’s up to 308 pounds. That’s encouraging right? I’ve never heard a negative word spoken about Ankeny native Brandon Jensen.

Why isn’t Rony Nelson listed on the depth chart?

Will Cory Morrissey play in 2012 or is a redshirt year in store for the JUCO?

A lot of questions still remain regarding this position group but remember what happened last year. We pondered many of the same things in August and the Cyclones went as deep as 11 guys on the defensive line in one game late in the season.

As of right now, not one man on Iowa State’s roster has proven to be a big-time difference maker on the defensive line. While that might very well change in the future, I’m much more concerned about depth than game-changing talent at this position group right now. If that depth is indeed already there (meaning that the program won’t have to wait five or six weeks for it to fully develop), the Cyclones will be five steps ahead of where they were a season ago up front.

Is Cole Netten ready for the job?

Prediction: Iowa State’s true freshman kicker out of Ankeny will be a media darling on Thursday. He’s the perfect story. A local kid at a very important position who is a lock to play in the fall.

Netten, who will have literally no competition for the kicking job (or will he?), will face a swarm of media and an uncomfortable position. I mean really – what does Netten have to do with Iowa State’s kicking woes of the past decade and beyond?

Nothing. Notta. Zip.  But he’ll be asked about the inconstancies anyway. I’m curious to see how the young man responds.

What is the game plan for Shontrelle Johnson?

Is it a done deal that he’ll play in 2012 or will the staff evaluate how he’s doing physically and look into a redshirt year?

Let’s say that he is going to play for sure this fall. Where will he start camp at on the depth chart?

I’ll never forget how excited Shontrelle was during his first media day at Iowa State two years ago as a true freshman. After sitting out the majority of last season and questioning if he’d ever play ball again, I can only imagine that he’ll be especially geeked up  for 2012.

What’s the plan of attack at cornerback going to be?

Don’t get me wrong here. I’m fully confident in the abilities of junior Jansen Watson. He’s heading into his fourth fall with the program and was a beast on special teams a season ago. I’m a big Jansen Watson guy. This is how it should be. When a stud graduates, you’ve got an upper-classmen waiting in the wings to step in and play ball.

But I’ve heard Paul Rhoads mention depth at this position quite a few times since spring football began. In fact, Iowa State feels like it can go six-deep at cornerback.

How will the Matthew Thomas’ and the Cliff Stokes’ of the world be used?

The preseason is here. 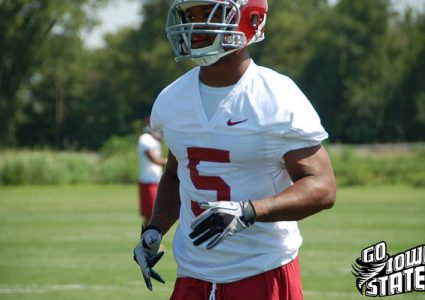