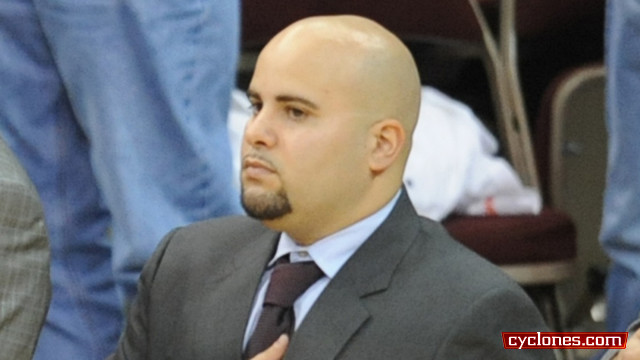 “To me, that morning is still a blur,” Abdelmassih told CycloneFanatic.com on Monday morning. “This is a day that every New Yorker and every victim has been waiting for.”

Prior to that fateful day, Abdelmassih’s mother actually worked at the World Trade Center. In fact, Abdelmassih’s grandfather went missing for the majority of the day on September 11.

“My grandfather worked in the city. Public transportation was shut down. We couldn’t get a hold of him all day. We didn’t have positive thoughts going through our minds,” Abdelmassih said. “At about 9 o’clock that night, he called us saying that he had to walk from Manhattan to Brooklyn. People who know that walk, know that it is really, really long for somebody who is 75-years old.”

Abdelmassih was a sophomore in high school when the attacks were inflicted on America nearly 10 years ago.

Due to the direct results of 9-11, Abdelmassih attended 10 funerals of victims from the horrific day in history.

“Your life pretty much revolved around going to services and funerals of people who you were close with,” Abdelmassih said. “It affected every little place in New York City. New York City is as prideful and as close of a place as you get. People probably think that I am crazy because it is so big, but I swear. New York is a great place because of that.”

Abdelmassih said that there are two days in his young life that he specifically remembers everything about. September 11, 2001 is one of them.

“I was sitting in bed watching Celebrity Apprentice last night,” Abdelmassih said. “They said that the President was going to come in and give us a statement.”

What’s the mood like today in New York? Abdemassih enjoys living in Iowa, but he’d love to be in the city with is friends and family today, who he’s already spoken to on the phone.

“It is a big party,” Abdelmassish said. “At the end of the day, I’m seriously surprised that the Mayor didn’t cancel school today there. That is the type of party that it is going to be like in New York. It will be complete rejoice.”

There will be tears: Abdelmassih flies home later today