Tautolo took an official visit to Ames on Wednesday through Friday of last week.

Tautolo’s story is a rare one. Often times when a prospect commits, playing time or a specific relationship with a coach or the program itself leads the list of reasons why. In two days, Tautolo, who grew up in southern California, fell in love with the Iowa State community.

“What really sold me was Ames,” Tautolo said. “It was a different town than what I grew up in. I liked what I saw in the whole culture of college football out there. The overall hospitality that everybody shows to each other is just amazing.”

Tautolo grew up in Moreno Valley, Calif., which is near Los Angeles.

Tautolo plans on studying either liberal arts or communications when he gets to Ames for second semester classes. He’ll have two years of eligibility on the football field.

Tautolo certainly isn’t a lock to start at center for Iowa State, but because he’ll be able to participate in spring practice, expect him to at least be in the conversation.

“That didn’t really play that much of a role in me becoming a Cyclone,” Tautolo said. “It is great to think about stuff like that. I only have two years left. I want to make the best of what it is.”

Tautolo chose Iowa State over an offer from Arkansas State, where he officially visited this weekend. Bob Elliott has been his primary recruiter throughout the process.

According to Tautolo, Paul Rhoads got awfully animated when he told the coach about his commitment.

“When I told him that I had committed, he was very ecstatic,” Tautolo said. “Coach Rhoads is a great man of character. He was a down to earth guy. He didn’t speak to me like a student-athlete. He talked to me like I was a regular person. We had some good conversations.” 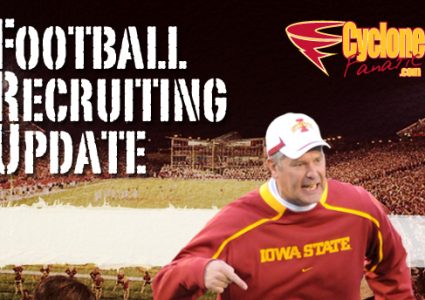