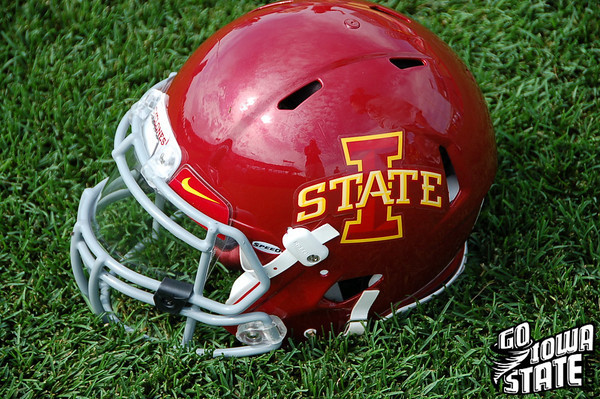 I want to know which Cyclone fan has an October 23rdbirthday.  This is just getting plain crazy.  Wins in Lincoln and Austin in back to back years, on the exact same day, against the nation’s elite on the road, with an 11 a.m. kickoff on Fox Sports (unfortunately, Dave Lapham was the color man both years as well), and I was in precisely the same location with the same people; the in-law’s basement with, you guessed it, the in-laws.

I’m not certain how much more could really be said about this wild upset that hasn’t already been said or been thought by everyone.  So, in honor of that thought I put this together:

A victory over Texas: A picture story

I know we’re all Cyclone fans and we are conditioned to be cautiously pessimistic even when it comes to games like the one on Saturday against Kansas.  Granted, Kansas is quite capable of making our weekend miserable I just don’t consider that scenario to be all that probable.  They are decimated by injuries and suspensions while trying to integrate the new coaching staff and schemes.

Outside of the win over Georgia Tech—a team with a rapidly declining pulse—they have looked phenomenally similar to our Cyclones of 2003 (and if I may, not only is Georgia Tech nowhere near as good as previously expected but why did no one in the media ever hypothesize that Kansas probably lost 6-3 to North Dakota State in week one because they prepared all summer for Tech in week two with a head coach that probably knows the option).  Mostly inept on offense and porous on defense with inexperience abound.  Saturday would be a great day to earn a blowout in the first 30 minutes and coast to victory, leaving the Cyclones with three opportunities to gain bowl eligibility.

I don’t possess the necessary creativity to complete this next task, so I propose a contest.  I’m not sure what the prize will be, probably nothing, but you never know.  Anyway, I’m neurotic enough to have my angry side triggered whenever someone fails to spell a prominent Cyclone’s name correctly.  Coach Rhoads has led the program to two landmark victories in his first 21 games yet you see his name spelled in any variety of ways.  Whether it is Roads, Rhodes, Rodes, Rhoades, or Roades, you get the point.

Now for my proposed contest, in order to help out our friends who cannot spell let’s come up with a witty acronym to help the process (this is where you come in).  A popular one from junior high science classes above to help us all remember the proper order of the planets from the sun (yes, I realize it’s now outdated but this method is so incredibly effective that I still remember it this way):

So the challenge for you creative types is to come up with a similar and effective acronym for coach R-H-O-A-D-S.  Whatcha got Fanatics?