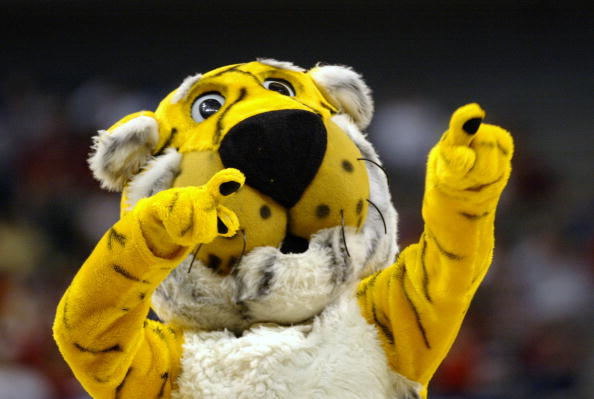 What’s up Cyclone nation? We’ve got a solid mailbag in store for you today. You fanatics have been on fire with your questions over the past couple of weeks. The winning helps. Hey before I get started, the CycloneFanatic.com podcast is now on ITunes! Go to the ITunes store and search “Cyclone Fanatic” and it should show up. Please subscribe to it! I appreciate it. Let’s start things off with a question from knownothing.

Knownothing writes: Will Cyclone fans meltdown when we have a bad basketball season this year or will they understand that 2011 will be the start of the real Fred Hoiberg era?

CW: Of course some Cyclone fans will melt down. There are always going to be those people. Hopefully that is just a small portion of the fan base though. Those people will question Fred’s ability to coach. They’ll question Jamie Pollard’s hire. Fred will probably have the longest leash in the history of coaching but there will be doubters.

Also does Jamie Pollard count 2011 as Freds first year like he did with GMac?

CW: I don’t buy this. Hoiberg and his staff get paid a lot of money to try and win basketball games. Iowa State fans pay a lot of money to go to these games and support this program. Just giving up on 2010 here in early October seems crazy to me. No, the team probably won’t finish in the upper half of the Big 12. In fact, anybody who is anybody is picking Iowa State to finish last in the league. But is there a reason why fans can’t go to Hilton to hopefully watch improvement from one game to the next? Why not pull an upset here or there. If you’re completely writing off the 2010 season, you’re missing the boat in my opinion.

KykoAGR writes: CW- Who do you predict will be the ISU MVP of the Utah game this weekend?

CW: Shontrelle Johnson. I think that Alexander Robinson’s ankle is good enough for him to go but I see Johnson slipping through the Utah line once in the night to break open a big run. In order for this, the passing game has to be sharp. You hear that Austen?

Cystheman writes: What are your favorite mascots in the Big XII ranked from awesome to just plain stupid.

CW: Instead of ranking them, can I just give you my favorites and then the stupidest too?

Obviously, Cy is my favorite. I’m partial to Bevo at Texas. My least favorites are simple. I absolutely cannot stand Pistol Pete at Oklahoma State. Just thinking of that clown gives me the creeps. He’s one of the worst mascots in all of America. Lil’ Red is ridiculously stupid at Nebraska. Go back to Herbie please. Finally, the worst mascot in the league is Truman the Tiger from Missouri. That thing looks like a little kitty, not a mean Tiger. Just an awful mascot is Truman the Tiger. Who would win in a fight between JoePa and Bob Barker?

CW: Really? Did you not see Happy Gilmore?

Matt92x writes: What will we do with Matt Tau’fo’ou when he comes back? Klein looks too good in the middle and MT is probably to slow to play AK’s old spot, so…..

CW: I think that Klein will slide back over and Matt will regain his spot in the middle. It is pretty clear that those are the three best linebackers on the team. The defense as a whole is better when all three of those players are in the game.

Cy’s Taxi writes: We all know CPR favors the chocolate chip, but what are your favorite kind of pancakes? (Syrup too)

CW: My wife is Swedish. She makes Swedish pancakes a lot. Have you ever had those? They are basically crepes that taste like pancakes. Personally, I prefer just a regular pancake with raspberry syrup. I love fruity toppings and syrup.

Cyrocksmypants writes: I’ve noticed CPR is 7-0 in night games. I think it may be that he’s a vampire. Maybe a Daywalker vampire. Not the sissy kind like in Twilight, but the awesome kind like in Blade. While he can coach in the day, he’s less comfortable and is at his full strength at night. How do you feel about this new discovery?

CW:I’ve mentioned this quite a few times this week but I’m not reading much into this night game statistic. Those seven night wins were against: North Dakota State, Army, Kent State, Baylor, Northern Illinois, Northern Iowa and Texas Tech. Iowa State was favored in all of those games except last week’s victory. This doesn’t mean that the stat is worthless. It just means that Iowa State is beating the teams that they are supposed to beat. Nobody is sneaking up on this program. That’s a good thing.

Alarson writes: Who would win, JoePa or Samantha Steele? (shaking it up a bit this week)

CW: I would worry about Joe Pa’s heart in a fight with Samantha Steele. That one scene featuring “Blue” in Old School keeps coming to my mind. You remember that one?

Melvin writes: Picked Last in the Big 12 in MBB? I thought Nebraska and Colorado were leaving next year, not this year.

CW: Colorado has two of the Big 12’s top players in Cory Higgins and Alec Burks coming back. They could be a top five team in the league and I love Tad Boyle, their new head coach (who comes over from Northern Colorado). I’m not sure why you are slanting the Buffs heading into this season. They are cleary above Iowa State from a talent standpoint right now.

Nebraska is a toss-up. Come on. It is Nebraska basketball. A guy can never expect too much.

2forISU writes: How big is this game for ISU football program and future success? Where does this game stand in the last decade on importance level? Also, ISU fans set a record for attendance this week!

CW: It’s a big game because never in history has Iowa State had this good of a shot to beat a top 10 football team. Think about it. Utah is the 10th ranked team in America, yet Vegas only has Iowa State as a four-point underdog. Opportunities don’t come around like this very often. It is time for the Clones to take advantage. Randy Peterson from the Des Moines Register and I were talking about your second question on Monday. The only other game we could think of was Iowa in 2005. Iowa State won that game 23-3. There were some games back in the Seneca days that we could hash out too.

Clones21 writes: How many PPG will ISU avg. in this up and coming year with Fred’s up tempo offense?

CW: I honestly have no idea what to expect. Just please do me a favor. Set your expectations low with this year’s team. Go to games. Support the program. Keep your expectations low and when they do something great, let the team surprise you. That’s how I’m approaching the season at least.

CycloneErik writes: How would you have gone about scheduling 2-for-1s in the non-conference schedule?

CW: I applaud the schedule that Jamie Pollard put together. It is easy for fans to rip the guy apart for having to go on road trips to San Jose and Toledo but there is so much to this equation that casual supporters don’t know about. I’m not claiming that I know all of these tidbits because I don’t. The finances of major college athletics are all out of whack right now. Brent Blum and I talked a lot about this in our podcast that we put up Wednesday night. CLICK HERE to listen to it. You can also find it in the ITunes store by searcing “Cyclone Fanatic.”

CW: I’m a big “Two and a Half Men” guy. I can’t get enough of it. I love the new episodes, the re-runs, everything. The “Big Bang Theory” is a close second.

IAPrepGuy writes: With recruits in town and CPR continuing to build the program – what’s the most important position to land a top recruit for next season? Who’s the most impressive recruit that has been on campus thus far?

CW: Tad Ecby, a 6-foot-1, 180-pound wide receiver out of Houston is the most impressive Cyclone commitment to visit campus so far in my opinion. That just comes off of what I’ve seen in his highlight videos. Most important get for next season? I think that a quality JUCO defensive lineman would be at the top of everyone’s list.

RedBlooded writes: Who would be in 1st place 2nd and 3rd and so on, in this hypothetical foot race. Shontrelle Johnson, You, David Ubben, and coach Wally.

Triggermv writes: Chris, I remember you talking prior to the season about connections you had which were advising you to not worry about the linebackers this upcoming season because they will take care of business. Now that your sources have been deemed to be completely correct (Klein and Knott are studs which will only get better), would you care to tell us who informed you of this inside information? I mean, doesn’t somebody deserve to look like a genius here?

CW: Thanks for the kind message but no, I’m not going to reveal the “genius” in this case. Actually, I was probably told by five people close to the team that this was going to be the case.