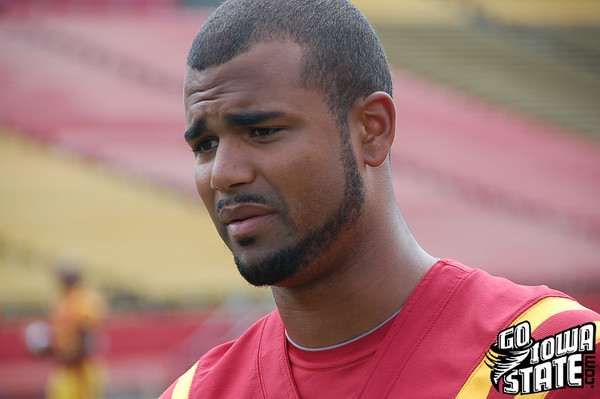 Austen Arnaud is far from perfect but he is more than capable.  He had another shaky game against Iowa this year and a mediocre game against Kansas State, in which he only threw for 122 yards by completing 15-of-27 pass attempts.  He threw for one touchdown and zero interceptions.

Austen Arnaud doesn’t play on the defensive line or in the secondary.  He isn’t a wide receiver or a blocker on the offensive line.   He also isn’t Peyton Manning or Drew Brees.  He isn’t Vince Young or Tim Tebow.  He isn’t even Josh Freeman or Brad Smith.  If you want a fair comparison for Arnaud, it is Diante Garrett.  The longevity of their careers at ISU has bred an unhealthy contempt for their failings.  Failings that have been so prevalent because they have played on teams that have often struggled to compete.  Garrett is a solid Big 12 point guard that can do many things but doesn’t quite fit the mold of the prototypical point guard.  He can create, get to the rim, defend and find the open man but he struggles to convert in the lane—his one glaring downfall.  Arnaud on the other hand is the heady, hometown unquestioned leader, who can make plays with his feet by running like Mike Alstott and currently holds the career record for passing completion percentage at Iowa State.

Now, not to detract from the abilities of Jerome Tiller—AT ALL—but to this date in the time, he has been given he hasn’t performed markedly better than Arnaud.  Last season, Tiller filled in for Arnaud in the last quarter and a half against Baylor, the entire game against Nebraska in Lincoln (remember that one?), and the entire game against Texas A&M in College Station (he also played a few snaps against Iowa in the blowout).  He played well filling in during the Baylor game that was largely in control for the entire second half.  He gets nothing but credit for the win in Lincoln but he wasn’t asked to win the game with his arm or even his feet.  Nevertheless, he managed the game and it went in the win column and he gets the credit.  Tiller did struggle mightily in College Station, though.  In that game in Lincoln, Tiller completed 9-19 passes for 102 yards and one touchdown—47 of those yards on that touchdown pass and ran 19 times for 73 yards and 3.4 yards per carry.  At A&M Tiller completed 18-27 passes for 155 yards and two interceptions while running 12 times for 58 yards and a touchdown to average 3.6 yards per carry.

I’m not pointing out those numbers to bag on Tiller, I’m pointing out those numbers to make the point that when he had his chances he performed admirably but not so well as to think he is right on par with Arnaud.  Most fans have probably seen Tiller throw less than 25 passes in his career, yet they are cocksure that he is the answer at quarterback.  The most vocal Arnaud detractors even appear to be questioning the evaluations of the coaching staff.  The staff that has earned nothing but positive credit from the fans since arriving in Ames.  By the way, the season is three games old—THREE.

So why is much of the blame being thrown on his shoulders by the unruly and illogical fans?  One missed pass.  One overthrow of Alexander Robinson that could’ve potentially resulted in getting the game tied up at 27.  One throw that, supposedly, a junior high or high school quarterback can make as the message board savants have informed us.  Even the elite of the elite quarterbacks miss throws.  In my amateur and unimportant opinion the angst toward Arnaud is more about the frustration over the loss than the failed attempt to Robinson in the waning moments of the game Saturday.  Thus, the clamoring has begun.

He didn’t make every play that was asked and he didn’t make every play that was made.  But he also hasn’t received credit for the plays he did make.  I’m not ready to put in Tiller to “build for the future” by him gaining experience and likely losing more games.  In college football, if you’re a school like Iowa State, you build for the future by making bowl games and earning extra practices.  It helps with a school’s recruiting base, exposure and fan excitement.  I’m not ready to give up the hope for those things for our football program.

Northern Iowa will again be coming to Ames with upsets on their minds.  I just don’t see it happening.  Typically, it takes a poor ISU team coupled with a good UNI team for the upset bid to be completed.  2007 being a glaring example, with a new coach leading the way for ISU as the Panthers pulled of the 24-13 upset.  The Cyclones will need to be focused with their preparation and execution but let’s not get carried away with the taste in our mouths from the past two week’s losses.  Those weren’t terrible losses and Northern Illinois was still a good win.  Remember that game?  Seems like an eternity ago.

I think the running game will come out strong and balanced between Arnaud, Robinson and Jeff Woody while the passing game is again spread around to multiple receivers with the chance to make a play for their offense.  I think the defense will be rejuvenated playing against an offense it is more evenly matched with talent wise, as opposed to facing the very strong running games of Iowa and Kansas State. 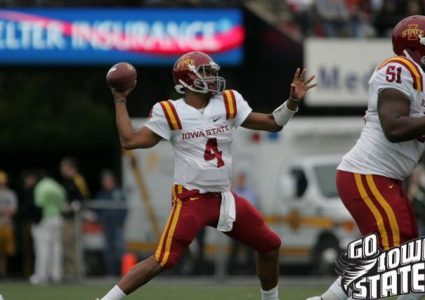