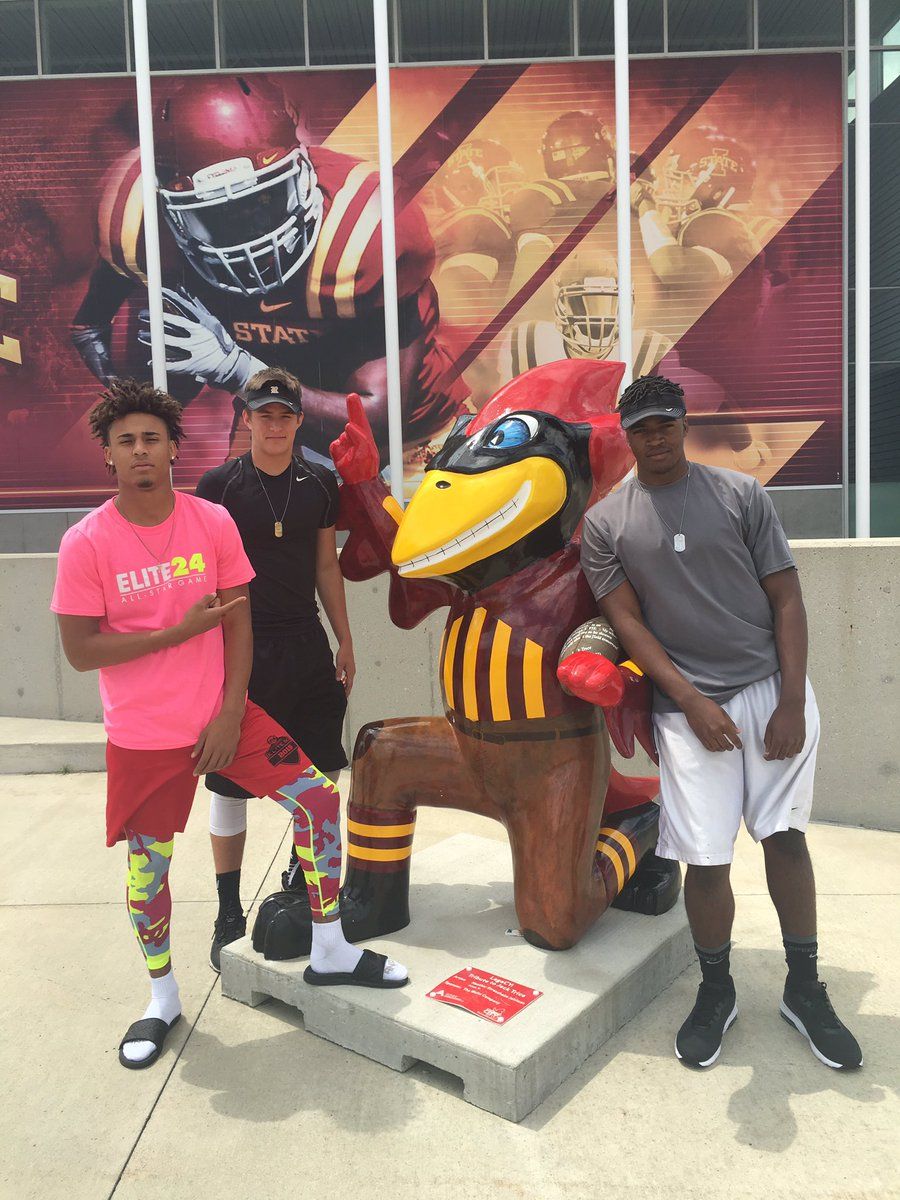 Three-star defensive end David Porter didn’t know what to expect when he arrived in Ames last weekend. I’m not sure that he was imagining cornfields as far as the eye could see, but what he saw when he got here was a surprise.

Not only was the 6-foot-4-inch, 230 pound, Little Rock, Ark., native with offers from Kansas State, Memphis and Louisiana Tech surprised, he loved what he saw enough to call Iowa State one of his favorites, and a place that felt like home.

“I liked the atmosphere. Obviously, different from my hometown. It’s real open,” Porter told CF in a phone interview on Monday. “I think they’ve got a really good fanbase. I love the facilities and the campus was good. Off the charts and there was a lot of stuff that stood out to me.”

Porter took in Ames along with two of his teammates, Nathan Page and Hunter Swoboda, both prospects in the class of 2018, and his coach at Joe T. Robinson High School, Bryan Maupin.

Last season for the Senators, Porter compiled 84 tackles, 17 for loss, and eight sacks to go along with a forced fumble and a fumble recovery. He’s been close in touch with ISU tight ends coach/recruiting coordinator Alex Golesh and wide receivers coach Bryan Gasser.

“Everything was bigger than I thought it would be,” Porter said. “The campus was real nice. It’s better than most campuses I’ve seen. The facility, it was awesome. I liked the indoor facility also. I like the weather in Iowa too. It’s pretty calm from what I saw.”

All three players participated in the first Saturday Night Lights camp during their visit, which came as a surprise to Porter. He’d planned to take his visit while the other two guys camped.

Instead, he borrowed some shoulder pads, cleats and a helmet and got instruction from the Iowa State coaching staff.

“I think just from that one day of being there they helped me to develop a higher motor and that go-get-it attitude,” Porter said. “They were pushing us hard, in that one day, making us go all out.”

He said Texas A&M has been showing some love as of late, and he’ll camp/visit there early next week, but he doesn’t have an offer yet. He plans to use a few of his official visits later on before making a commitment in late August or early September.

Needless to say, Iowa State will be in position to land one of those official visits.

“They assured me I could really contribute to the team,” Porter said. “They really made me feel at home.” 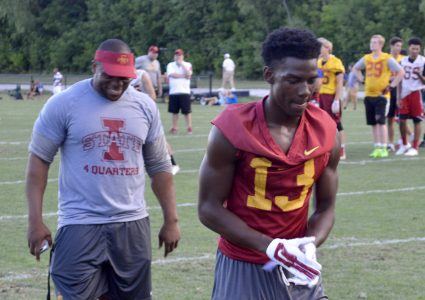