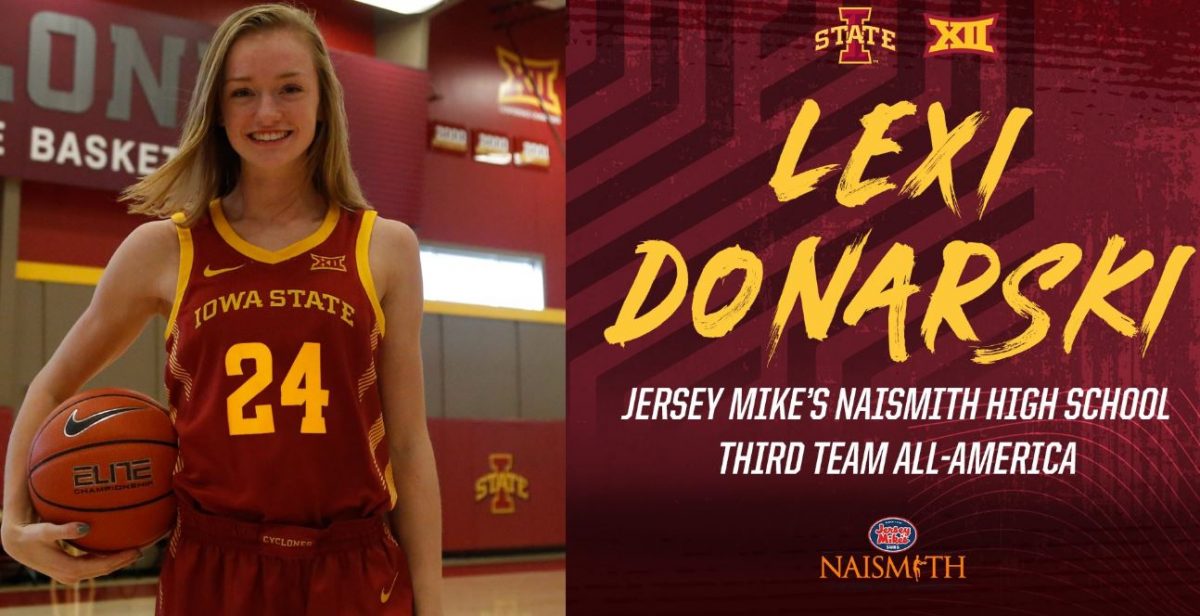 Over the past 10 years, the state of Wisconsin has become an Iowa State basketball pipeline.

Names like Scott Christopherson, T.J. Otzelberger, and current Toronto Raptor Matt Thomas all grew up minutes from the highest-rated women’s basketball recruit Iowa State has ever had.

Lexi Donarski is looking to follow in their footsteps.

As the sixth-ranked point guard in the nation and No. 12 prospect overall (ESPN), Donarski hopes to provide instant help to an Iowa State roster that was without a bonified point guard a season ago.

“I have a lot of connections to Iowa State, so I’ve always wanted to go there,” Donarski told Cyclone Fanatic.

When Donarski was a kid and Matt Thomas was back in Onalaska getting shots up, she was taking notes.

Donarski got to watch the work ethic that got Thomas a roster spot with the defending NBA champions, firsthand.

“He would come here to get shots up a lot,” Donarski said. “That’s the best role model you can have to look at with a perfect shot. It’s been nice to be able to watch him work and just to see his work ethic and know what it takes to reach the higher levels.”

Thomas would go over to the Donarski’s home or to a gym nearby to shoot. Her dad helped him rebound. Eventually, it bred a form of competitiveness.

“I was really young when he was in high school and living here,” Donarski said. “We always had brother-sister competitiveness and we’d have shooting competitions.”

Donarski wants to use those experiences to carry on the success set by her predecessors. She’s off to a head start, too.

Donarski ended her career on a Wisconsin all-state team in each of her four years at Aquinas High School among a countless amount of other accolades.

“It’s nice to see the accolades and stuff, but, it’s not the main thing that I’m focused on,” Donarski said. “I’m just trying to get better and get myself ready for the next level.”

Some of the larger accolades included invites to the McDonald’s All-American game, as well as the Jordan Brand Classic game. Donarski would have been the first Cyclone in school history to play in the McDonald’s game, had it not been canceled.

“The McDonald’s All-American game was definitely one of the proudest accolades I’ve ever received, just because they only pick 24 high schoolers across the nation to play in it,” Donarski said. “I was really looking forward to playing in that.”

Since the cancelations of the state championship game and the all-star exhibitions, the highly touted Wisconsin prospect has turned her focus onto the upcoming season.

The Cyclones have been conducting team meetings through Zoom, doing what they can to conduct business as usual. It took a little bit for the team and Coach Bill Fennelly to get adjusted to it, but now that we’re a few weeks in, it’s seemingly going a bit better, now.

“(Coach Fennelly has) been being really proactive,” Donarski said. “He’s been really vocal in everything that he knows just to try and get us more prepared so we can know what to expect.”

Now, the only thing left to do is wait for the season. Whenever or wherever that might be, no one knows for certain.

Donarski and company are just looking to be ready. 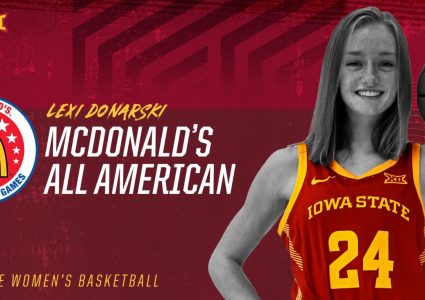 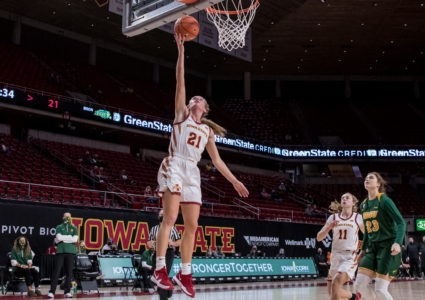