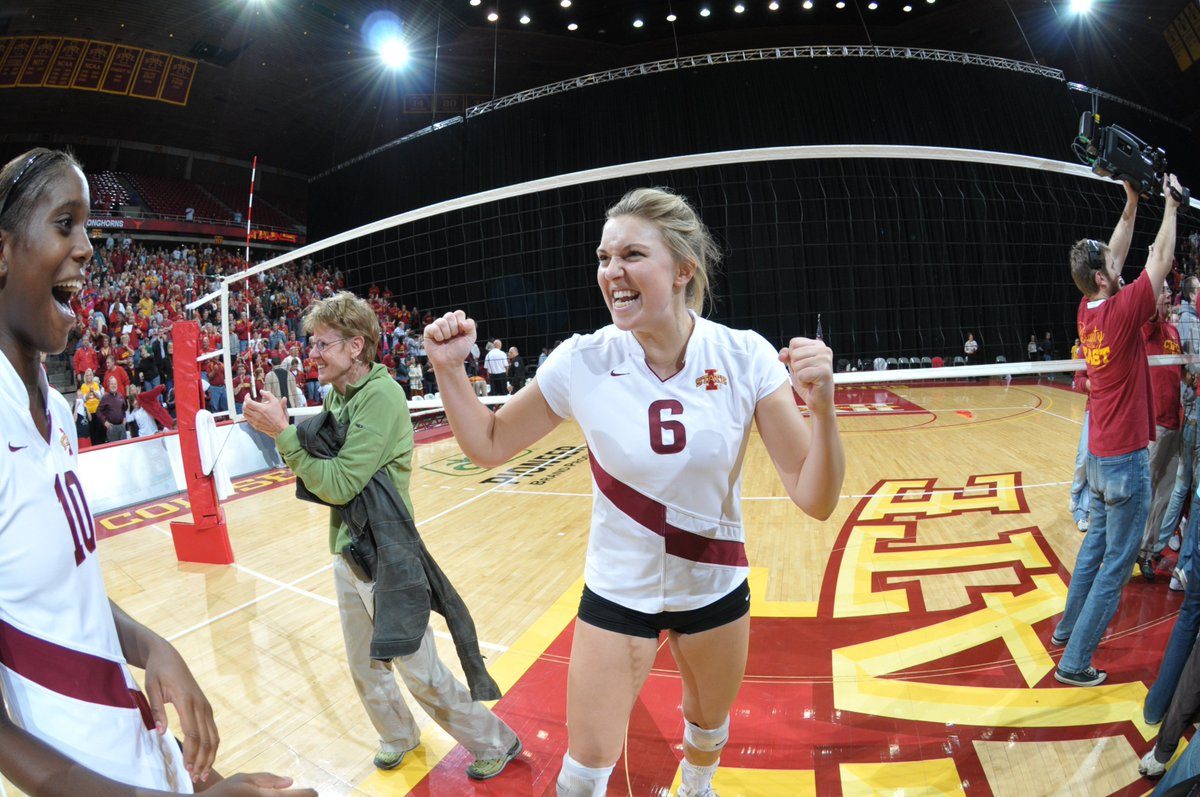 After four seasons as Iowa State’s setter, Kaylee Manns left Ames as one of the best volleyball players in school history.  From 2006 through 2009, Manns recorded 5,625 assists, making her Iowa State’s all-time leader by a wide margin.  She sits at eighth on Iowa State’s all-time list for career digs and blocks.  Manns, a two-time All-American, was also the first player in Big 12 history to record 5,500 assists, 1,000 digs, 300 blocks, and 300 kills.

Put simply, her career as a Cyclone was hall of fame worthy.  In March, the Iowa State Letterwinners Club announced that Manns will be inducted into the 2020 class of the Iowa State Athletics Hall of Fame.

But Ames was not the end for Manns.  For the last decade, she’s been travelling the globe playing professionally.  Her overseas resume includes time in Puerto Rico, Asia and Europe.

Manns’ first contract after Iowa State was in Switzerland.

She then played in Germany for a season before signing with a team in the Philippines.

“The people in the Phillipines have nothing, yet they would give you the shirts off their backs.  I’ve played there for three different seasons, and I absolutely love the people,” Manns said. ”They are crazy fanatics.  They give you presents after every game and ask for signatures and pictures.  Then you drive 15 minutes outside of the city and its paradise.”

Instead of the eight- to ten-month contracts she signed in Switzerland and Germany, Manns’ contract in the Phillipines was shorter.  This allowed her to join a team in Puerto Rico for the second half of the year.

“I started to realize that eight- and ten-month contracts weren’t my thing.  I had the attention span of about three to four months,” Manns said.  Plus, Puerto Rico meant beaches.  “I lived on a beach while I was there.  I went back to Kansas for the summer and thought, ‘I just traded a beach for corn fields.’”

After playing for a season in Norway, Manns took a year off to pursue pharmaceutical sales.

“I was at a point where I needed to see if I was done playing, but then I started getting offers to go back to places like Puerto Rico and other places.  And I couldn’t turn those down.  I loved pharmaceuticals, but I just wasn’t ready to be done playing.”

Manns then spent time in Turkey for two seasons before joining a team in Albania for a portion of the 2019 season.

Manns considered retiring after her time in Albania, but an opportunity to return to Puerto Rico earlier this year proved too tempting.  Unfortunately, COVID-19 cut her contract short.

“I was only there for about two weeks before this pandemic shut everything down,” Manns said.  “My fiancé and I had agreed that I was done going overseas, but then this Puerto Rico opportunity came up.  It’s an easy flight, I could live on the beach, and he was going to come spend some time there.  But then I told him, ‘Don’t do it. I really feel like I’m going to come home soon.’ Because they didn’t have any adequate testing.  But luckily I got out before things shut down.”

Now that she’s back in the United States, Manns is again considering retirement—unless the right opportunity presents itself.

“It’s such a slippery slope for me because I love competition,” Manns said.  “Athletic competition I just absolutely love.   Unfortunately for America, all of the volleyball opportunities are away.  It’s Puerto Rico or Europe or Asia.  It is unfortunate because it’s so far, and the time change is hard.  I have a pretty good contract just waiting in my inbox, but I just don’t know.  With everything going on, I wonder if it’s just a sign that maybe it’s time to actually retire.”

But even if Manns decides her playing days are over, she won’t be walking away from volleyball entirely.

After her first season overseas in Switzerland, Manns came back to Kansas and worked for a company that organized summer volleyball clinics.  But, then she had an idea.

“A few of us got together and decided, ‘Why don’t we do our own?’ So our company is Midwest Volleyball Performance, or MVP.  It’s a bunch of former and current professional players and some college coaches, and we do clinics everywhere.  It’s grown a lot.”

Manns had a similar idea while she was abroad in Turkey.  She started organizing what she described as “recruiting events” to get young volleyball players access to collegiate coaches from all levels.

“I’m very passionate about the Division II, Division III, and NAIA kids who have no idea what to do,” Manns said. “So many kids get pushed into thinking D-I is the answer, but it’s really just not for everyone.  The club word has become a weird competitive world where you’re not happy for your friends anymore.  I think that’s a culture that needs to be broken.  Back when I played and my friends committed places, I wasn’t jealous or envious—I was genuinely happy for them, and that’s the culture that we want to push going forward.”

“So basically we pay college coaches to get on the court with kids before tournaments.  The kids get a recruiting talk for a half hour and then two and a half hours of actual court play where the coaches are actually coaching.  It’s like a combine, but the coaches are actually running the drills and not just standing around.  I just saw the need for ways for kids to earn scholarships.  We probably had at least 50 kids get scholarships last year.”

Her company, ADVNC Athletes, has events all throughout the United States, including New Orleans, New York, and Omaha.  Manns’ goal is to eventually expand beyond volleyball into other sports.

“The goal is to grow this to other sports but to keep a really good product,” Manns said.  “But I never want to have more than five kids to one coach.”

In terms of her immediate future, Manns is focused on summer ADVNC events, along with wedding planning and house hunting with her fiancé.  But regardless of where her career takes her over the next several months, she is committed to being in Ames on October 16 for her induction into the Hall of Fame. 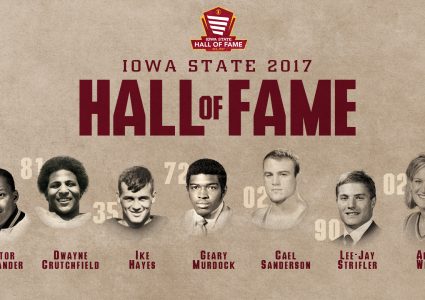