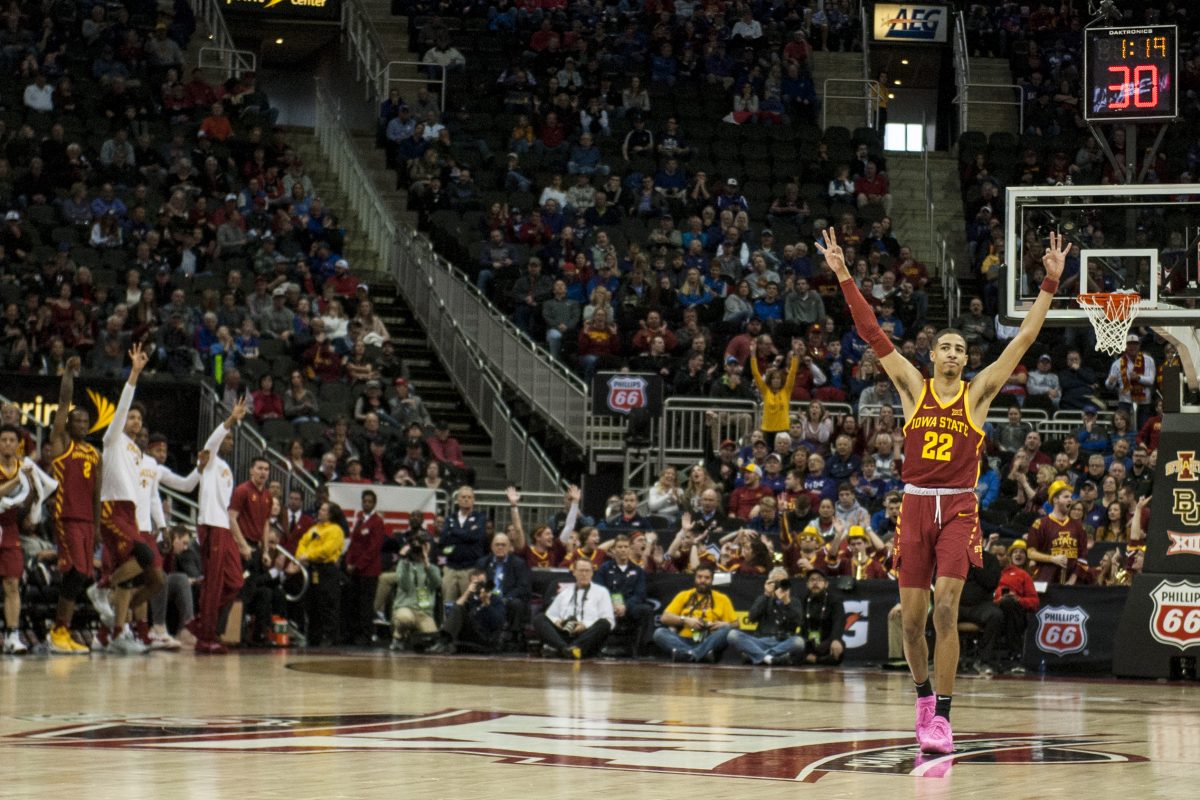 Mar 14, 2019; Kansas City, MO, USA; Iowa State Cyclones guard Tyrese Haliburton (22) reacts to a made basket against the Baylor Bears during the first half of the quarterfinals of the Big 12 conference tournament at Sprint Center. Mandatory Credit: Amy Kontras-USA TODAY Sports

KANSAS CITY — And we will see you tomorrow night.

Iowa State’s run in Kansas City will continue into Friday after the Cyclones dismantled Baylor 83-66 in Big 12 Tournament quarterfinal action. Iowa State will tip in Friday night’s semifinal round at 6 o’clock against the winner of Thursday afternoon’s game between Kansas State and TCU.

The Cyclones dispatched the Bears behind sharp-shooting on offense (52.6 percent from the field, 54.2 percent from three) and a physical presence defensively that was completely missing during the team’s two losses to Scott Drew’s team earlier in the season.

Freshman guard Talen Horton-Tucker was the driving force of Iowa State’s offensive attack, scoring 21 points on 8-of-15 shooting and 5-of-9 from 3-point range while adding four rebounds, two assists and three blocks. Horton-Tucker’s 16 points in the first half were crucial to the Cyclones building a 38-29 lead entering the locker room.

Senior guard Marial Shayok, 18 points on 7-of-12 shooting, sophomore guard Lindell Wigginton, 16 points on 4-of-9 shooting, and freshman guard Tyrese Haliburton, 13 points on 5-of-7 shooting, all joined Horton-Tucker in double-figures. Junior forward Michael Jacobson was also hugely important to the team’s efforts against Baylor as he scored seven points, grabbed seven rebounds, five of them on the offensive end, and anchored Iowa State’s physicality in the paint.

Stay tuned for more coverage of Thursday’s win on Cyclone Fanatic later in this afternoon.