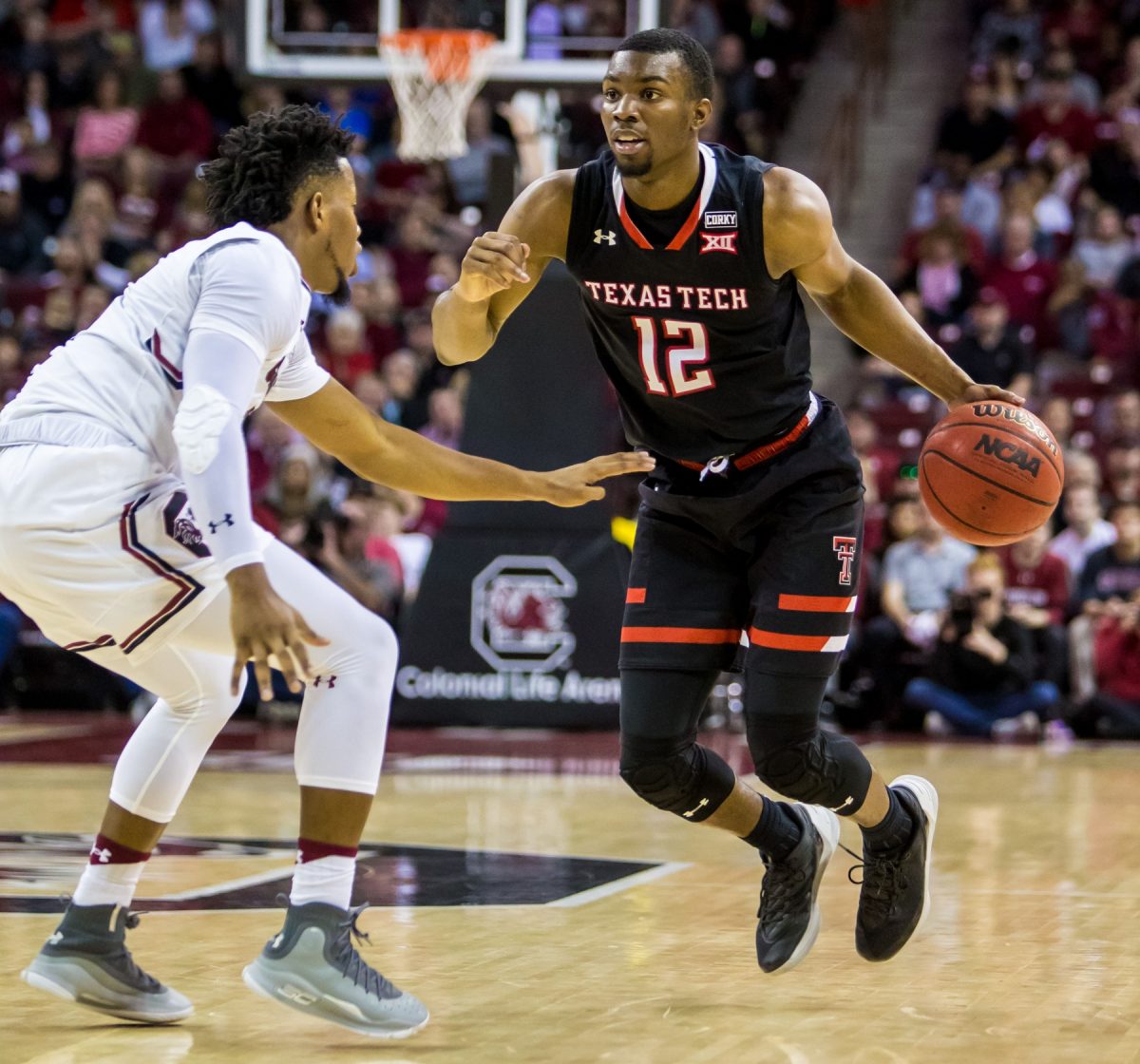 Iowa State’s pursuit of its first road win of the season continues on Wednesday when the Cyclones visit red-hot and newly minted No. 7 team in the country Texas Tech. The Red Raiders have won four straight since losing 70-52 at Hilton Coliseum last month and have quickly rebounded in the polls to reach the program’s highest-ranking since 1996.

Can the Cyclones halt the Red Raiders’ streak and come up with their first road win of the year? Here are three points on how Iowa State can give themselves a chance to do so.

1 — Can the Cyclones maintain the balance of the first game against Tech?

In Iowa State’s win over the Red Raiders on Jan. 20, five Cyclones scored in double-figures with Cameron Lard’s 18 points on 9-of-11 shooting leading the way. Donovan Jackson and Lindell Wigginton weren’t overly efficient as they both ended with 13 points on a combined 10-of-24 shooting, but they hit shots in important moments.

Nick Weiler-Babb was his usual self with 13 points, seven rebounds and five assists but he will miss his third straight game as he recovers from knee tendonitis. Most notably, Zoran Talley, who has replaced Weiler-Babb in the starting lineup, came off the bench to provide 11 points and six rebounds.

Iowa State will likely need production like that from the four players who will be available on Wednesday in order to leave Lubbock with a win. It wouldn’t hurt to get Solomon Young going for more than two points, as well.

“I think we did a really good job of playing out of the post, making the extra pass,” Iowa State head coach Steve Prohm said on Monday about the Cyclones’ offense in the first game against Texas Tech. “So many times in the Baylor game when you look at it, is the extra pass, did we make it in the second half? Did we feed the post when we needed to feed the post? I think those were two big points of emphasis in the Tech game.”

Tech’s 6-foot-3, 190-pound senior guard has been one of the hottest players in college basketball ever since the loss to Iowa State in Ames. The Richardson, Texas native has scored over 25 points twice, including two 30-plus point efforts, and has recorded offensive ratings over 100 in each of the Red Raiders’ last four games, which happened to all be wins.

That hot-streak comes after Evans was held to only seven points on 2-of-12 shooting against the Cyclones. Preventing Evans, who will almost certainly be a first-team All-Big 12 selection after the regular season, from getting loose will be crucial to slowing down an improving Texas Tech offense.

“Really since I’ve gotten in the league he’s probably the most improved player,” Prohm said. “He’s just gotten so much better and he’s got great poise, great command, great leadership and he’s made big shots and big plays for them. Texas game, he made the free throws to tie it (in regulation) then he made the shot in overtime to win it. South Carolina, he closed the game down the stretch. It wasn’t anything fancy. It was like, ‘Give me the ball, I’m going to take you. I’m going to make the play.’ He’s been really good. We’ve got to do a great job on him.”

3 — Will the Cyclones take advantage of another elite defense?

It is pretty remarkable to think two of Iowa State’s best offensive performances of the season came against two of the best defenses in college basketball. Texas Tech currently sits at No. 3 in the KenPom adjusted defense rankings and West Virginia wasn’t far off from there when the Mountaineers visited Hilton Coliseum last week.

In both of those wins, the Cyclones did an outstanding job of getting out into transition and not allowing the defenses to set. All of that starts on the defensive end of the floor where stops will be imperative in forcing the Red Raiders into scramble situations.

Iowa State allowed a measly 0.66 points per possession to Texas Tech in the first game between the two teams and it could probably be considered the team’s best defensive effort of the year. It helped that the Cyclones were able to hold Tech to a season-low 10 free throw attempts, something Prohm says will be key against on Wednesday.

“If you look at their wins and their losses, you’ve really got to do a good job of guarding without fouling,” Prohm said. “Keeping them in front, contesting shots, keeping them out of the paint and then just don’t put them on the free throw line. That will be a major point of emphasis for us.”

If the Cyclone team we saw the first time around against the Red Raiders shows up on Wednesday, Iowa State will give themselves more than a punchers chance to leave Lubbock with an upset win. If the team we saw in the second half on Saturday in Waco shows up, it could be a long night against the No. 7 team in the country.