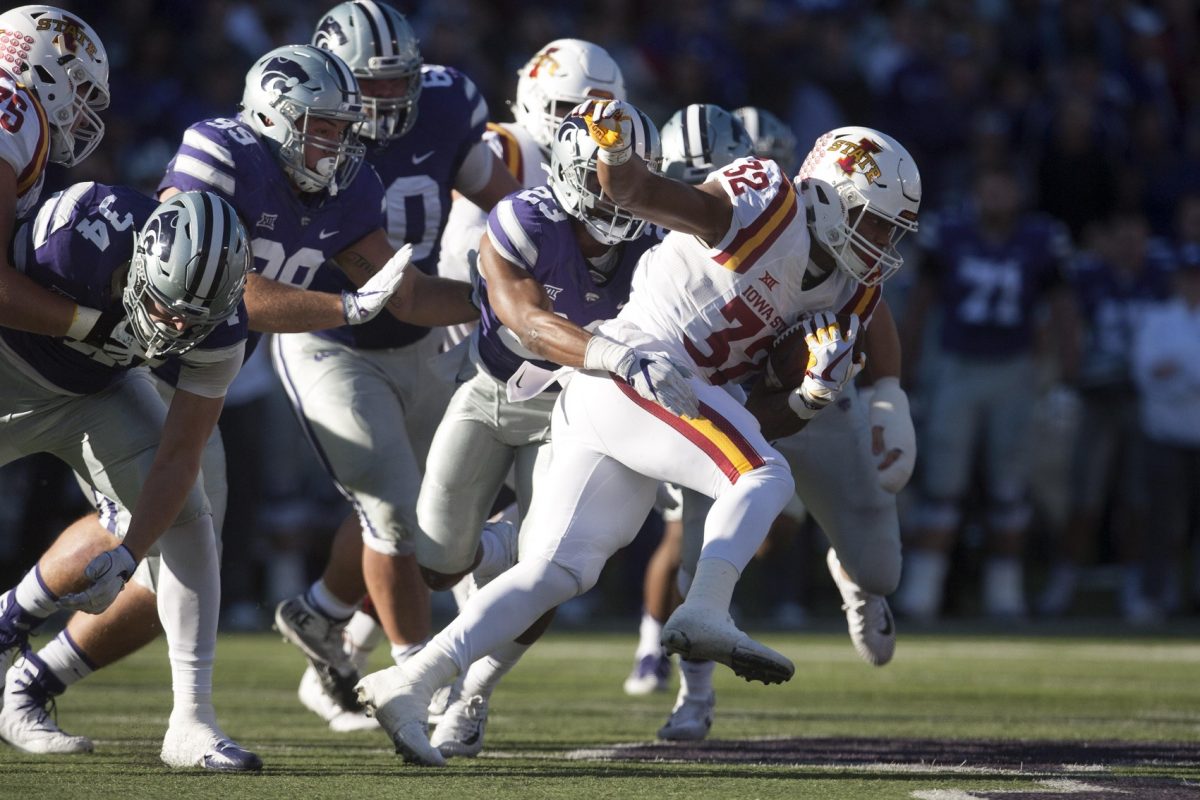 MANHATTAN, Kan. — After 234 carries this season, it is not much of a surprise David Montgomery is banged up. He was able to bounce back from an ankle injury that knocked him out of Iowa State’s win over Baylor last week in time to start on Saturday against Kansas State.

Four carries and less than a quarter into the game, Montgomery was forced to leave again with a different injury. On the bright side, Iowa State head coach Matt Campbell said whatever is ailing his star tailback is not serious.

“He’ll be all right. I don’t think it’s anything major or long,” Campbell said. “So we’ll get David back and be ready to rock and roll.”

Campbell did not want to speculate on what Montgomery’s injury was immediately after the game, but reiterated that it was “nothing major.”

That means Montgomery, who has rushed for 1,080 yards and 11 touchdowns this season, should be good to go for Iowa State’s bowl game next month.