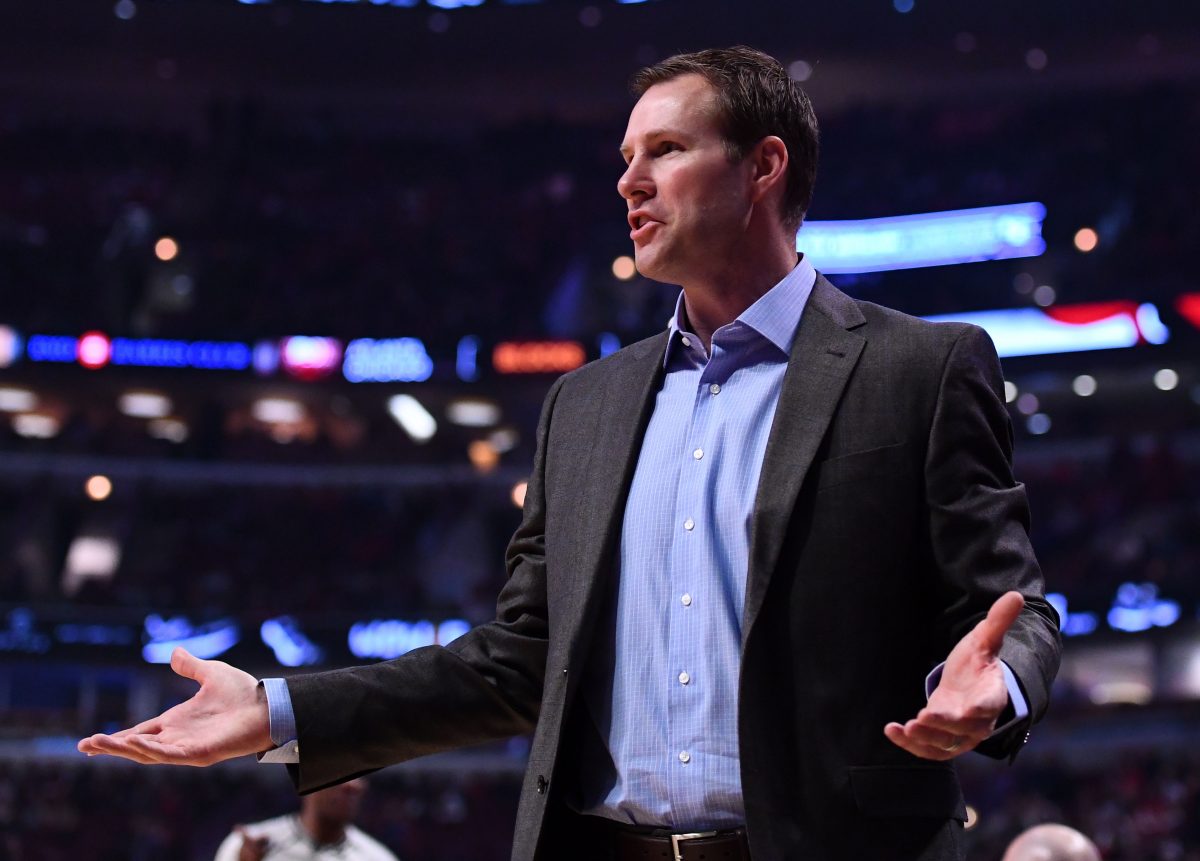 Fred Hoiberg is an easy target and has found himself square in the center of a modern-day NBA drama.

After a strong start to the season, the Bulls have meandered to a 23-24 record in the average Eastern Conference. Worse than the mediocre record is the Bulls combustible locker room that has exploded in recent days. Jimmy Butler and Dwyane Wade explicitly voiced their concerns to the media this week about young players not working hard enough. In response, the volatile Rajon Rondo sent his own message on Instagram to Butler and Wade about what leadership is all about.

It’s like the movie Mean Girls came to life in the NBA and Hoiberg is stuck in the middle with both sides of the squabble questioning his ability to steer the ship.

Not to mention the Bulls front office doing Hoiberg no favors by assembling a haphazard roster with pieces not suited to run the Hoiball style Iowa State fans know so well. Instead of lowering expectations and building a roster from the ground up this offseason, the Bulls signed aging former stars like Wade and Rondo that were an odd fit to begin with when they aren’t causing locker room trouble.  The Bulls essentially built a house full of flammable materials and expected Hoiberg to make it function.

Now that house is on fire and the front office has given Hoiberg a squirt gun to put it out.

It’s an almost impossible position to navigate for the world’s most seasoned NBA coach and Hoiberg is only 120 games into his tenure. Changes will be made soon with the Bulls. Hoiberg is only in year two of a five-year contract so I doubt he is the one that will take the fall, but his first NBA coaching experience has been about as rocky as he could have imagined.

But perhaps more interesting to me from this story is the reaction to Hoiberg’s troubles from the Cyclone fan base. Inevitably, there is still some scar tissue into the way Hoiberg departed the Cyclones. It isn’t just Bulls fans that have taken aim at Hoiberg. There is a segment of Iowa State fans that are using Hoiberg’s rough NBA tenure to say, “I told you so.”

Common sense says Hoiberg would have been better off staying in Ames where he is a legend, but it’s not that simple.

Next to Johnny Orr, Fred Hoiberg is the most impactful person in Iowa State basketball history. What he did as a player got his jersey retired. What he did as a coach went beyond that. His accomplishments in such a short amount of time to revive Cyclone Basketball was so incredible, nobody could live up to the rising expectations. Not even him.

That’s why it’s unfair to say he made the wrong move in jumping to the NBA.

Odds are, if Hoiberg stayed at Iowa State, the Cyclones would have had a rebuilding year or two in the years ahead. The blue-bloods had caught on to the transfer market, Iowa State’s high-school recruiting had seen a few too many misses in recent years and the Big 12 was only getting better.

How would Hoiberg, who had only really known winning at Iowa State, have handled down years in the town where he is the icon?  Likewise, how would Iowa State fans handle the same scenario?

Those are questions we will never know, but it’s also why it’s just as meaningless to question if he made the right move to jump to the Bulls. The world doesn’t operate in hindsight.

Hoiberg wanted to challenge himself at the highest level of basketball while he had the opportunity. The five-year, $25 million guaranteed contract also helps, but I honestly believe it wasn’t about the money.

Halfway through his second season in the NBA, the challenge is as daunting as any young coach could experience. This Bulls drama couldn’t have been what Hoiberg had in mind when he made the leap to the NBA. And Hoiberg is getting criticized from all sides. At the end of the day, he made the choice and the world continues to spin.

I still believe Hoiberg will ultimately be a success as a head coach in the NBA. I, for one, will be rooting for him.