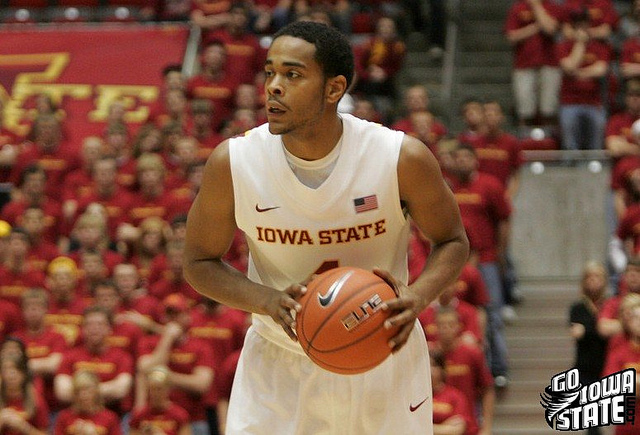 AMES — The Iowa State basketball program delivered a subtle message to any fan, pundit or central Iowa sports cynic who feared there was a chink in its armor after Tuesday night’s two point loss at Oklahoma State.

The Cyclones bounced back in a big way and physically dominated Texas A&M by a 69-46 final on Saturday afternoon in front of a sold out crowd in Hilton Coliseum.

“That’s big. That shows that we’re still going in the right direction," said senior guard Chris Allen. "If we would have came in and took a step back then it would have been a different story. But we came in and everybody was focused on what they had to do, focused on the game plan and we executed it to a tee.”

From start to finish, this one was never close.

Iowa State only shot 37 percent from the floor in the first half, but the Cyclones’ glass domination and defensive suffocation made average shooting irrelevant.

Allen was the star of the game, as Iowa State’s senior led his team in scoring for the second game in a row, with 25 points on a 9-of-15 performance.

When it came to matching up with the Cyclones, Texas A&M was in no man’s land, specifically with a Allen, who has scored in double figures in four straight games.

"We didn’t have an answer for him," said Texas A&M head coach Billy Kennedy. "We were guarding him with a walk-on at one stretch. We were mis-matched and he took advantage of it. He has as special talent and offensively, he’s really, really good."

Chris Allen – With the win, Iowa State improved to 8-4 in the Big 12. The best might be yet to come though. That’s because Chris Allen is playing his best basketball season at the right time.

“It’s been great to see him play like we all knew he could play," said Iowa State head coach Fred Hoiberg.

“This is the time where if your team is not at the highest peak, there’s really no point for you to keep playing," said Allen. "Teams are so much hungrier when it gets to be around this time. As far as me, I just have been back in the gym a lot. I mean three, four, five times a day. Anytime that I get free time, I’m going to the gym.”

Billy Kennedy discussed the mismatch after the game. Like the crafty college basketball veteran that he is, Allen smelled blood in the water. He took advantage of it too.

If Allen keeps this up, Iowa State’s postseason ceiling is a heck of a lot higher than it was three weeks ago.

Foot on gas – Bouncing back from a tough road loss and winning would have been impressive in its own right. Holding Texas A&M to 19 first half points and then opening the second period up with an 18-3 run symboled total domination. That’s what was most impressive about this Cyclone victory. Regardless of who was in the game, the Cyclones never let up. Iowa State was a relentless basketball team.

“You could tell how much that loss bothered our guys after Oklahoma State," said Hoiberg. "We really responded."

Third in Big 12 – Combine Iowa State’s win over the Aggies and Baylor’s 72-57 loss to Missouri and what do you have? That’s an Cyclone basketball team that is now tied for third place in the Big 12 with guess who?

That would be Monday night’s opponent, the struggling Baylor Bears.

“I would think that everybody in the organization is embracing it," said sophomore Royce White. "Any time that you’ve got a chance to play a top 10 team, a high-profile team like that and what’s on the line, sole possession of third place, you’ve just got to embrace it and be hungry.”

The Cyclones will travel to Waco for a 6 p.m. tip on Monday on ESPNU.

Rebounding – No stat sums up this game better than rebounding.

Iowa State set the tone early on the glass by out-rebounding the Aggies 19-9 in the first half. Things didn’t get any better for Texas A&M in half No. 2, as Iowa State ended the game with a 38-22 advantage.

Melvin Ejim and Royce White each snagged 10 for the Cyclones, who are now 14-4 when outrebounding opponents on the season.

The +16 rebound margin was Iowa State’s best in conference play.

Texas A&M – I’m not into kicking teams when they are down, but good golly that was some bad offense by Texas A&M. In attempt to take all subjectivity out of this "down," here are some offensive stats from the Aggies on Saturday.

– Texas A&M’s 19 first half points were a season-best defensive effort by Iowa State.

– Only one Aggie finished the game in double-figures. That was big man David Loubeau, who had 10.

– Texas A&M only snagged three offensive rebounds in the game.

Since I can’t come up with any "downs" from a 23-point Cyclone victory, I’ll reach around the Big 12.

Oklahoma State trailed Kansas 51-24 at halftime in Lawrence on Saturday. The Jayhawks cruised to 81-66 final. Give credit where it is due. Oklahoma State out-scored the Jayhawks 42-30 in the second half.

More on the Bears, who have lost two straight, to come. 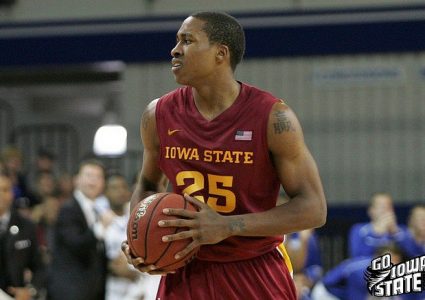 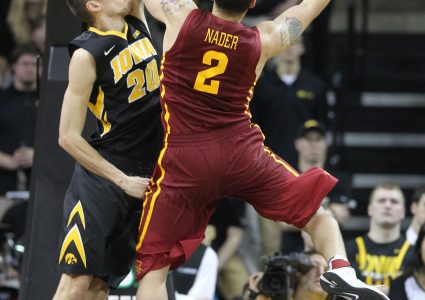