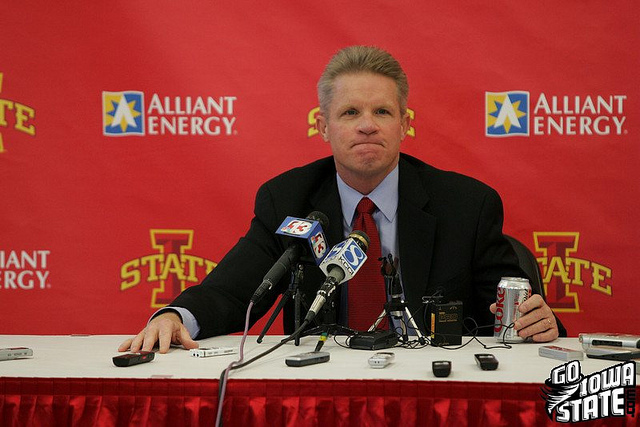 Bill Fennelly is as hard-nosed as they come. Nobody knows that better than Iowa State’s four returning sophomores.

Burdened with having to carry an unusually heavy load for freshmen, Fennelly pushed the group as hard as any he’s ever coached last season. t paid dividends with 25 wins and a trip to the Sweet 16.

Now a year later, Anna Prins, Chelsea Poppens, Amanda Zimmerman and Jessica Schroll aren’t back just as sophomores, but as the core of Iowa State’s roster.

“We will expect them to better,” Fennelly said at media day on Monday. “I think that’s fair. I think you should be better your second year, especially in the post. When you think about our freshmen post players and who they had to play against last year, it’s not going to get any harder. They have a point of reference now.

“My goal for them, or I would hope there goal for themselves is that their best year is not their freshman year at Iowa State. That shouldn’t be the highlight of their career.”

Fennelly hopes Prins won’t be talking about her spot on the Big 12 All-Freshman squad last season to her grandkids someday. Instead, he wants Prins and the other sophomores to talk about the next three years.

Prins is doing her best to make sure that happens.

“Anna had a great offseason,” Fennelly said. “She looks good and she is really motivated. When you go from your freshman year in college to your sophomore year in college, you’re a whole different person. Anna’s had a good summer. She spent the whole summer here. She’s healthy. She is extremely talented. I think she’s highly motivated. She’s in a good place mentally and a good place physically.”

Watching Prins drill 3-pointers last year made Chelsey Poppens a little jealous. No, she doesn’t want to become the same outside threat as Prins, but she does want to expand her jumper.

“I want to improve my shooting range, get out the paint, get out of my box,” Poppens said.

Of course, Poppens will continue to do a lot of the dirty work in the lane. She led the team last season with 7.2 rebounds per game and chipped in 8.8 points ppg.

With those numbers, Poppens should have been a shoe in for the Big 12 All-Freshman team, right? Well not exactly. The Parkersburg native was overlooked, providing her extra motivation this season, as if she needs any.

Alison Lacey – one of the best players and leaders in Iowa State history – has taken her talents to the WNBA. Add Denae Stuckey as another lost stalwart, and the Cyclones need someone to take control when times get tough.

Bolte figures to fit that role the best, but the lone senior on Iowa State’s roster can’t do it by herself. There’s nothing in the rules that says sophomores can’t be some of your best leaders.

“I’m looking forward to it,” Prins said. “I think it’s fun to be a leader – challenging. It’s cool to look at us on the team and each of us have our roles.”

There isn’t an experienced point guard on the roster, meaning the four other players on the court must play at a high-level. Schroll is one of the athletes who will be counted on.

“Jessica won’t play point guard,” Fennelly said. “She’ll have her hands on the ball. At the end of the year, if you say Jessica Schroll had a good year, we’ll be good.”

When a new point guard emerges, watch out. Bolte will likely continue her sharp-shooting and the sophomores should take the next step. Now, it’s just a matter of putting it all together before the season tips off Nov. 4.

“This next month is very important,” Bolte said. “We need to get everything down and learn the Cyclone Way of doing things.” 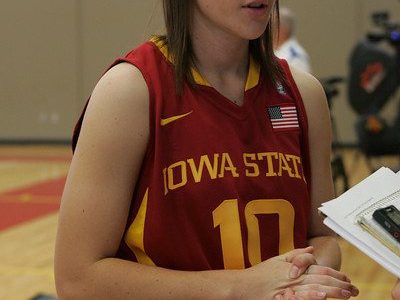