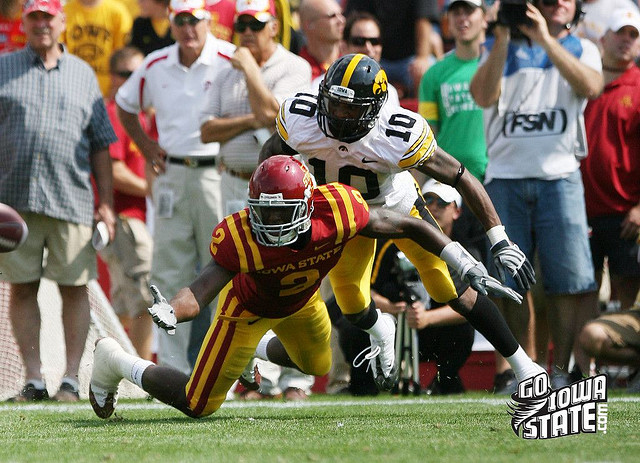 Are you all tired of this week yet? I’ve seen an odd transformation in myself here over the last three or four days. On Sunday, I hated this week. On Tuesday, I hated it even more.

Then, on Wednesday, something clicked. I think it had to do with that demeaning YouTube video that one Hawk fan creating featuring yours truly.

Yes, that video really tore me to pieces. But you know what? It was all in good fun. I appreciate that. That video made both fan bases have a good laugh. And that’s what this rivalry is all about, to me at least.

On Saturday, you all will more than likely despise everything you see in black. But on Monday, I’d like to think that we’ll all just go back to being Iowans again. Iowans are really good people. As much as we like to think we can be Auburn and Alabama, it’s just not possible. At least, I hope that murders don’t ever go down because of the Clones and the Hawks.

The opening line on this game was 14.5 in favor of the Hawkeyes. It hasn’t changed much since then. Iowa State has covered the spread in 10 of the last 12 meetings between these two teams. Here’s why I like Iowa State to cover once again on Saturday.

The Hawks don’t blow teams out very often, but they did kill Iowa State last season by 32 points. Iowa State did run for 190 yards in last year’s Cy-Hawk game. Only two teams, Ohio State (229) and Michigan (195) ran for more yards against Iowa last season than the Cyclones. Iowa State’s offense is better this year, with a comparable offensive line that will go toe-to-toe with Iowa’s dominant defensive front-four.

Without the five jump balls tossed up by Iowa State quarterback last season, that is a completely different game. Iowa State probably wouldn’t have won, but that 32-point margin would have been significantly smaller.

What I’m getting to is that if Iowa State just takes care of the football, at the very least, the Cyclones will keep it close.

I remember growing up in southwest Iowa, the Iowa State-Iowa game didn’t mean anything. In the mid-90’s, you just knew that Iowa was going to win. I am from that generation. That all changed in 1998. I don’t think that this little nugget has gotten enough pub from Paul Rhoads’ Monday press conference. Here was his take on comparing the rivalry back in 1998 when he was Iowa State’s secondary coach, to now.

“We were playing the game but there was no rivalry to it,” Rhoads said. “As we recruited in the late 90′s, the kids who we were recruiting had never seen Iowa State beat Iowa. It might have happened when they were one or two, but they didn’t recall it. There was no rivalry until we went over in 98 and beat them in Kinnick Stadium. Then it became a game again and I think to the enjoyment of the state and the fans, it became a game again.”

That really brings it all back and shows me how far Iowa State’s program has come since then. Just think about what is about to go down on Saturday. Iowa is the ninth-ranked team in America. They are a team who some are picking to play for the national championship.

Yet, here we are on Friday, actually having a legitimate discussion as to if Iowa State can pull off the upset. Cyclone fans aren’t the only ones having these chats either. Many Hawkeye fans (most won’t admit it) adamantly fear this game annually. Ken Miller of 1460 KXNO is one of the smartest college football guys I know. He’s picking Iowa State to win the game!

If Iowa State was playing in Norman or Austin against the ninth-rated Sooners or Longhorns, what would the point spread be? Twenty points? Maybe higher?

–       Iowa State’s secondary will get David Sims back against the Hawks but they’ll be without Ter’Ran Benton. On Thursday, the Des Moines Register reported that Benton will be at home in Texas attending his grandmother’s funeral when the Cyclones and the Hawkeyes go at it. Sophomore Jeremy Reeves is listed as Benton’s backup at left cornerback on Iowa State’s depth chart. What scares me about this is the fact that Reeves stands 5-foot-7, 168-pounds compared to Benton at 6-foot, 197-pounds. I assume that Leonard Johnson will match up with Derrell Johnson-Koulianos, Iowa’s 6-foot-1, 200-pound wide out. If that is the case, Reeves would go head-to-head with Marvin McNutt, who is 6-foot-4, 215-pounds. That is one massive size mismatch. Maybe put Johnson on McNut and let Reeves deal with DJK? I’m not sure. All I know is that losing Benton is a severe blow for Iowa State.

– Senior free safety Mike O’Connell will play tomorrow in Iowa City. That’s according to this report by the Des Moines Register. For those who don’t know, rumors have been circulating around the Internet all week long stating that O’Connell broke his hand in the Northern Illinois game. It’s a good thing that O’Connell is playing too when you consider the Ter’Ran Benton news that I wrote about up above. Redshirt junior Earl Brooks is listed as Sandvig’s backup on the Iowa State depth chart.

– As of Friday morning, nothing is official on who Iowa State’s punter will be tomorrow afternoon. Field position is a critical key to the game that nobody is talking about. 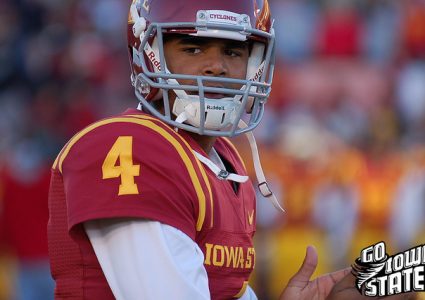 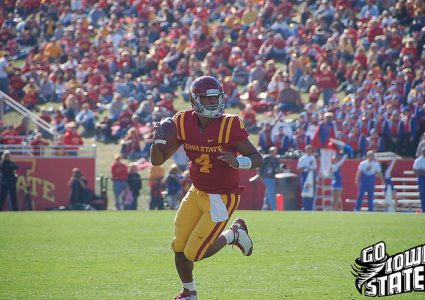