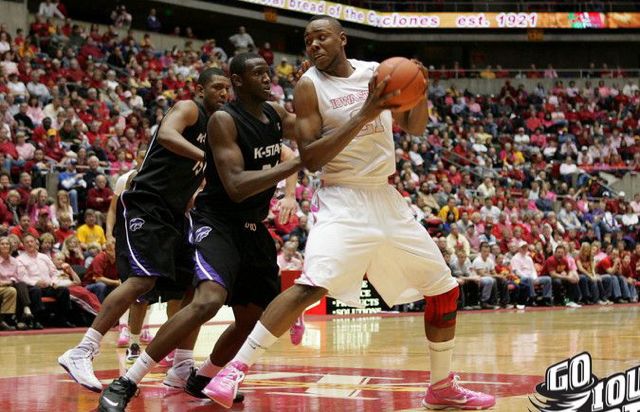 I’ve got a crazy day full of other site-related items today so this will be a quick blog.

To start things off, I thought I’d update everybody on the draft stock of Craig Brackins and Marquis Gilstrap. According to most NBA Draft expert sites, Craig Brackins is being projected as an early second round pick. NBAdraft.net currently has Brackins listed as the 38th overall pick going to the New York Knicks. The same publication also has Gilstrap going 55th overall and heading to the Hawks.
NBADraftExpress.com has Brackins at 35th overall to the Washington Wizards. Gilstrap is not listed in their mock draft.

Based off of some information I have acquired, Brackins has looked good in his pre-draft workouts so far. My source says that he wouldn’t be shocked if Craig sneaks into the late first round. That would benefit Brackins for a variety of reasons. He’d play for a better team and wouldn’t be asked to do as much right away. Plus, being a first round draft pick is obviously much more lucrative.

That same NBA source is telling me that he expects Gilstrap to be a late second round pick, but the overall thought is that he’ll end up making a living in Europe.

This one went to Jarrod Uthoff, a 6-foot-8, 190-pound 2011 power forward out of Cedar Rapids Jefferson. Uthoff already holds offers from Creighton and Albany. Uthoff plays AAU ball for the Iowa Barnstormers. The Iowa Newspaper Association recently labeled Uthoff as a member of the Class 4A All-State team. Uthoff was also named the KCRG/Gazette Communications boy’s area Player of the Year.

Thames gets his release, any chance?

Remember the name Xavier Thames? He’s a now former Washington State point guard that has decided to transfer and has been granted his release. When Thames chose Washington State in the recruiting class of 2009, Iowa State was on his short list. Before the rumor mill starts to pick up, I’ll throw it out there that I highly doubt Iowa State will make a run at Thames this time around. Frankly, this staff is in no position to look at transfers, regardless of how talented the prospect is.

Thames is an extremely talented basketball player and I know that you can never have too many point guards. He averaged 4.6 points and 1.2 assists per game for coach Ken Bone last season. Had Iowa State made it to the post season in 2010, this would have made all of the sense in the world. Iowa State needs to worry about next year and that alone.

I’ll be interviewing Iowa State’s secondary coach Bob Elliott tonight after spring practice. I’m looking forward to seeing what Elliott thinks about the current talent level on this roster. I’ve had a few conversations with Elliott since he took this job and I can’t think of too many people who are more passionate about their craft than this guy. Check out the site this evening for a report.