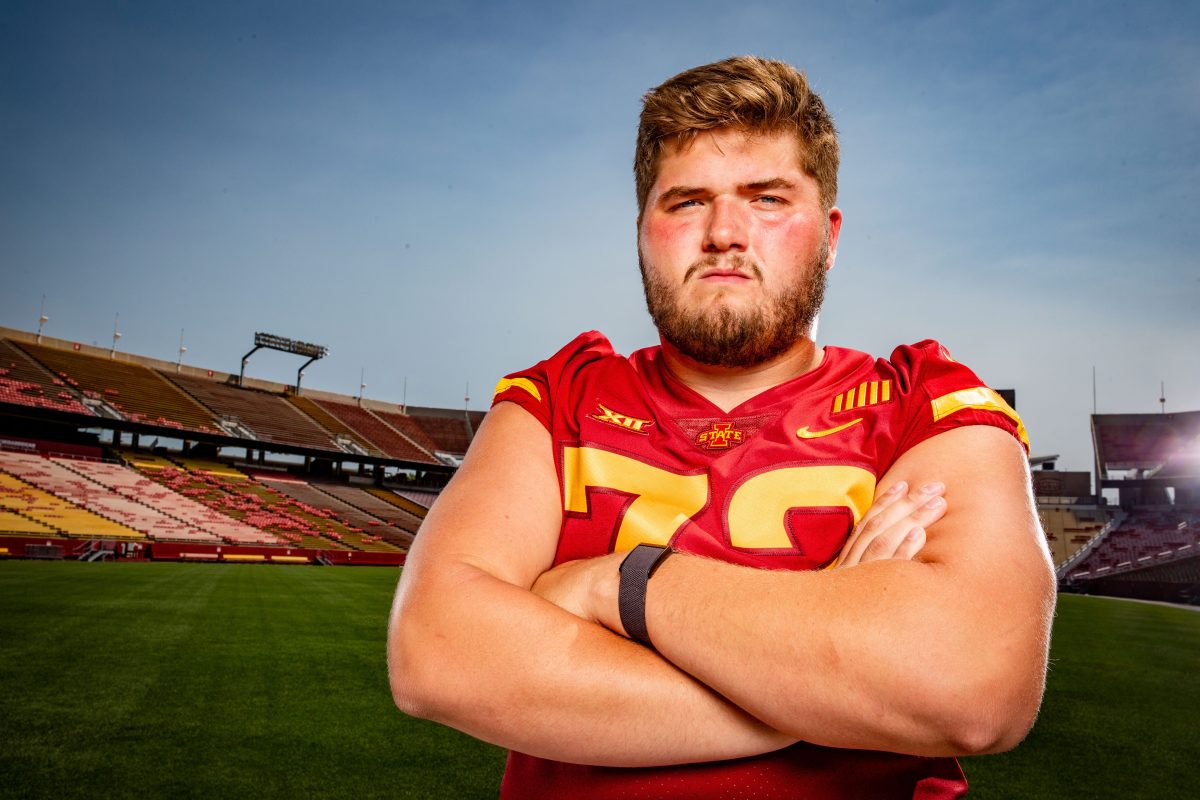 During Tuesday’s Iowa State football media day event, I went around to several different people within the program to get some status updates on how the offensive line has been developing throughout the summer leading into the fall.

On Trevor Downing’s move to center…

Jeff Myers: “Trev’s been a guy that’s played a lot of football. He knows our offense inside and out, but he hasn’t been the guy as the shot caller, you know, pointing out the combinations, communicating any adjustments in the middle. He’s always heard it from the center. I think for him, along with snapping the football, it’s probably the biggest adjustment. But I think he’d been very consistent through the spring. With our defense playing a head-up nose, he had somebody covering up him the entire spring. I felt like that was really good for him to get exposed to.”

Tom Manning: “Pretty seamless, I think, from our end, just in terms of him coming over in spring. Obviously, I think Trevor’s a guy that demands a lot of respect from everybody on our football team. I think even now being inside, being the guy that, obviously, like centers do, they have to make a lot of decisions, lock calls and head up a lot of things. It’s been nice just to have his voice, having to be a really important guy there. He’s also played really well there. I think it’s probably right. He’s a very good guard, but I think center is a really natural position for him.”

On seeing Jake Remsburg back at full strength…

Jake Remsburg: “Man, it feels great. I felt like sometimes last year, my body wasn’t there. It was a tough year, had a great winter, spring, and summer, and got my body back ready to roll. Feels good. I can’t wait for this year. Put a lot of work in with the strength staff and athletic trainers this offseason to really make sure I’m ready this year.”

Jeff Myers: “I think anytime you have an injury, I guess it was season-ending you could say, but surgically repaired and you miss kind of an offseason. Those are hard to rebound from. Jake and I have talked extensively. It was a battle for him. It was tough on him having to continue to even battle back through the season last year. So having him back at full strength. We had him all spring rolling and really, he was able to go to work on his body this offseason and through the summer. I think right now he looks as good as he has. Excited to get moving around with him tomorrow. It is nice to have him back at full strength.”

Tom Manning: “He kind of came on and really had to step in and kind of got thrown into the fire a little bit (back in 2020). It was fun watching him that year, every week, getting a little bit better and better and better. Really, that injury, really, really set him back. It was really hard for him. But I’ve got to him to give him a lot of credit. He’s done a tremendous job trying to get back and probably really through spring, if you talk to him about it, I think he started to really feel good again. Sometimes those things take a little while, especially when you’re a younger player developing and still growing and learning. He had a really good spring, certainly really happy with what he’s done in the weight room. He’s never been an effort problem or work-hard guy. He’s incredible from that end of it, and certainly, we’re seeing what we thought we would get the whole way through, so we’re really excited for his year.”

Jarrod Hufford: “I remember that Big 12 title game when he tore his pec and that ended him and I felt terrible for him because I was the one who helped to warm him up that Texas Tech game during the COVID year and just seeing him and then last year, if I had to be honest, I figured they would probably put Remy back out there, he’s a tackle, but they put me. Going through the spring, how humble he is and how he’s ready to go. He had a great spring. He’s ready to go.”

On Jarrod Hufford moving back inside to guard…

Jarrod Hufford: “Oh, it’s great. I’m back home. Obviously, I loved the opportunity to go out to tackle and do everything I could for the team last year, but definitely, guard is my home and it’s where I play.”

Jeff Myers: “For Jarrod, I think he was in a situation where, man, he was in the rotation, he was, at one point, the sixth guy and we did what we needed to do and win football games at that point. We probably didn’t look like a traditional offensive line, but we played the guys that we trusted, and we felt like would give us the best opportunity to win. I think Jarrod, humbly going out to tackle and probably being uncomfortable at times, he learned a lot out there. Moving him back down inside, getting kind of closer to the football and closer to the contact will probably aid his game a little bit. I think the experience that he gained even just last season is going to be huge for him.”

Tom Manning: “When you come in as an offensive lineman, you do the redshirt thing, and it feels like you’re years removed from playing. Just giving him the opportunity to play in really meaningful games and playing out of position is a hard thing to do. He was really under some hard situations and scenarios there. He did a really good job for us last year, and just having the chance to play and really be next to Trevor, I think that whole year was just a good thing for him. Now, obviously, those two are next to each other inside and it’s been good. We’re happy for him. He’s done really well for us, really worked hard in the weight room, and we’re excited for him this year, too.”

Jeff Myers: “I think he’s made a ton of great growth. I thought after the season and into the spring, he came back on a mission, just the way he knew after that bowl game, there are some areas that I probably need to make sure I get improved in order to have success through the duration of the season. That’s really what he’s been doing all offseason. He’s been pounding in the weight room with his diet and nutrition. For him, it’s gonna be reps. We’re gonna just keep feeding him reps. Continue to get better. I think he’s right on. So for him, it’ll be a day at a time and it’ll be an ever-growing process.”

Tom Manning: “I think the momentum was huge for him. Obviously, that’s not an easy environment to go into and play well. I think when you watch that game, probably felt like the first drive was a little sketchy. After that, man, you really felt like the guy played pretty darn good. His maturation process has been really good. It’s really good for him. He has a great relationship with Hufford and all o-linemen and Trev. I think certainly for him that’s been really, really positive and beneficial. He’s still got to grow and still has to do a lot of good things throughout camp. He knows he’s a young football player that has to continue to prove himself and I certainly anticipate that he will. I think that’s the mentality he has but he certainly has room for growth.”

Jake Remsburg: “Me and Tyler were roommates last year in fall camp, and where he started last year at the beginning of the season to where he ended really that second half of the Cheez-It Bowl was pretty cool to see. I’m proud of him and he should have a big year.”

Jarrod Hufford: “Tyler, being six-foot-nine, he’s got the longest arms in America. He does a great job… I learned a lot (playing tackle). It was a lot different from three feet to right. But I think my knowledge of how the outside works is gonna help me, especially with Tyler Miller, coming in at left tackle, telling him, going out there saying see this is what I did for that game then go watch it. I give him my insight on everything.” 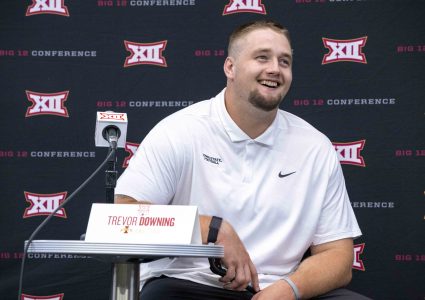 Matt Campbell analyzes his offensive line heading into the season 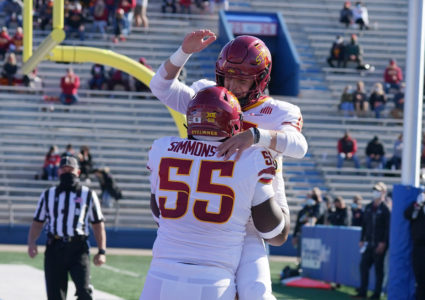