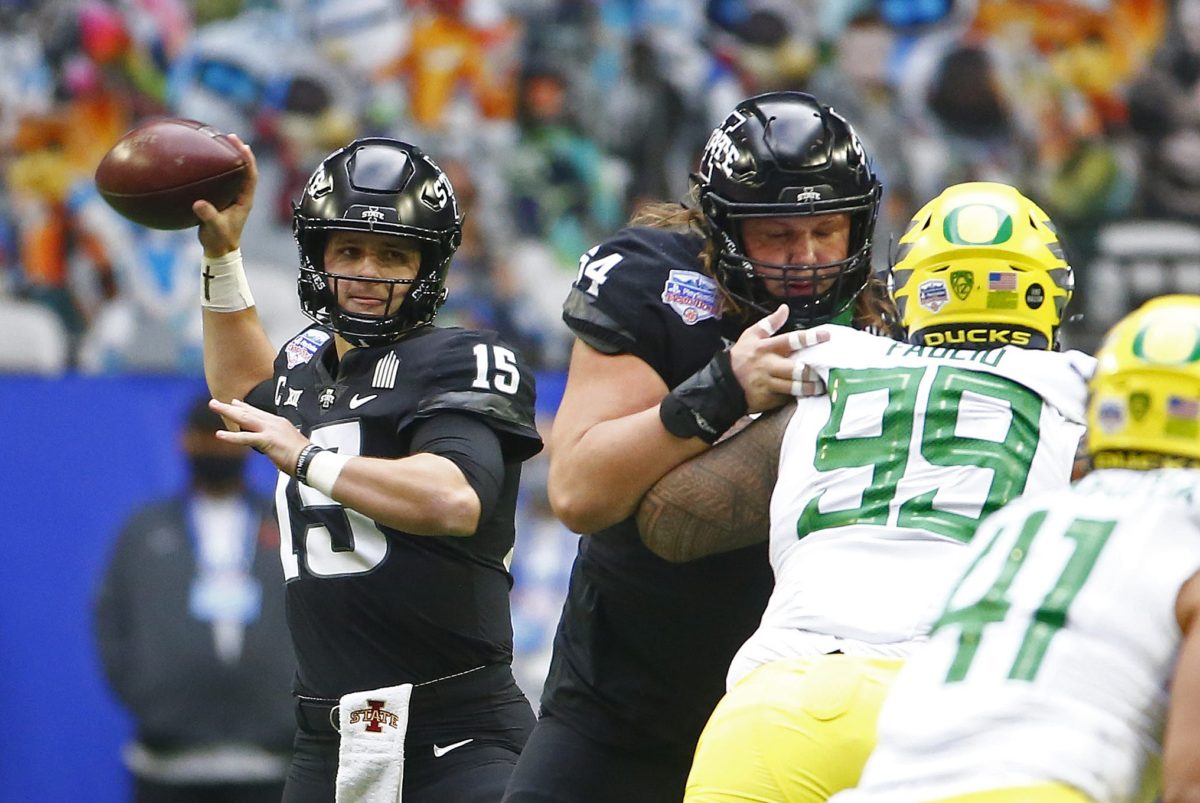 After the season opener, who in the hell would have seen this as a possibility?

The guys in that locker room, that’s who.

This Fiesta Bowl postgame “Three Up, Three Down” column will be shorter than most and here’s why: There is nothing I can write to fully capture the awesomeness of everything that’s going on right now.

Sometimes a man’s biggest strength is to know his own limitations. I am not an elite writer when emotions are involved. I need time. This is one thing I have learned in my now 17 years (insanity) of covering Iowa State.

I am 36. Who am I to tell the 30-year season ticket holder how to feel right now?

I’ll give you my analysis. I’ll give you some perspective and insight that I have at this very moment. But sometimes it is okay to let a situation marinate. That’s what I am choosing to do with the conclusion of the awesome 2020 football season.

Is this maturity, or laziness creeping into my work?

I’m not sure. But it feels like the right thing to do.

Go watch the Matt Campbell and player videos from after the game. At this time, I prefer to let them do most of the talking.

Jon Heacock — The following stat that my friend from Iowa State – Chris Andringa – dug up might be the single greatest statistic in this history of Iowa State football.

That is the single greatest statistic in the history of Iowa State football.

Methodical — The opening drive on offense said it all. Seventy-five yards, 5.0 yards per play and eight minutes chewed off of the clock. Aside from one dropped pass, perfect execution.

“Methodical” is the one word I would used to describe this game. Iowa State was the more physical team from the first snap. It was like watching Floyd Matyweather box Connor McGregor. The Cyclones dictated everything about this game from the opening kickoff. It is exactly how Matt Campbell would have drawn it up.

Brock Purdy — We recently did a little staff survey here at CF to hand out end-of-season awards. I do not believe that column has run yet, and I’m not sure if it will ever see the light of day. But the staff cast their votes for “most outstanding offensive and defensive players,” “best newcomers,” etc.

I honestly don’t know how anybody could NOT put Brock Purdy down as the MVP of the Cyclone Football program. I’m not going to get into numbers because honestly, they didn’t really “pop” on Saturday.

But he is the leader of this football team. Period.

My favorite part about Brock’s junior season is the fact that he was what he needed to be. No pressing this season. No trying to do more than he was capable of. He didn’t need to. Brock was the exact guy that his coaches asked him to be, and he was one of the elite leaders in college football on top of it – in a year when leadership was needed the most.

Brock, of course, announced after the game that he would return for his senior season. With Breece Hall beside him in the backfield, what should be good to great offensive line, solid tight ends and improved play at wide receiver, the expectation is for Brock to have the greatest season by a Cyclone quarterback in school history in 2021.

The Noise — Just enjoy this moment.

If it’s talk about Matt Campbell to the NFL or a Hawkeye troll attempting to ruin the moment, ignore it all.

I’ve got a million things on my mind. This is a character flaw: I am already thinking about next year. I have a hard time just enjoying what is in front of me. I want to do that with this one, though.

So that’s where I will leave you.

I can promise you all the following: Cyclone Fanatic will be stronger than ever in 2021 and covering your favorite program every step of the way.

Thank you for reading, listening and following along with us every step of the way. 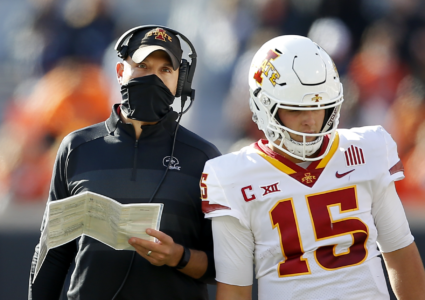 WILLIAMS: Five deep thoughts reflecting on the Fiesta Bowl and college sports in 2020