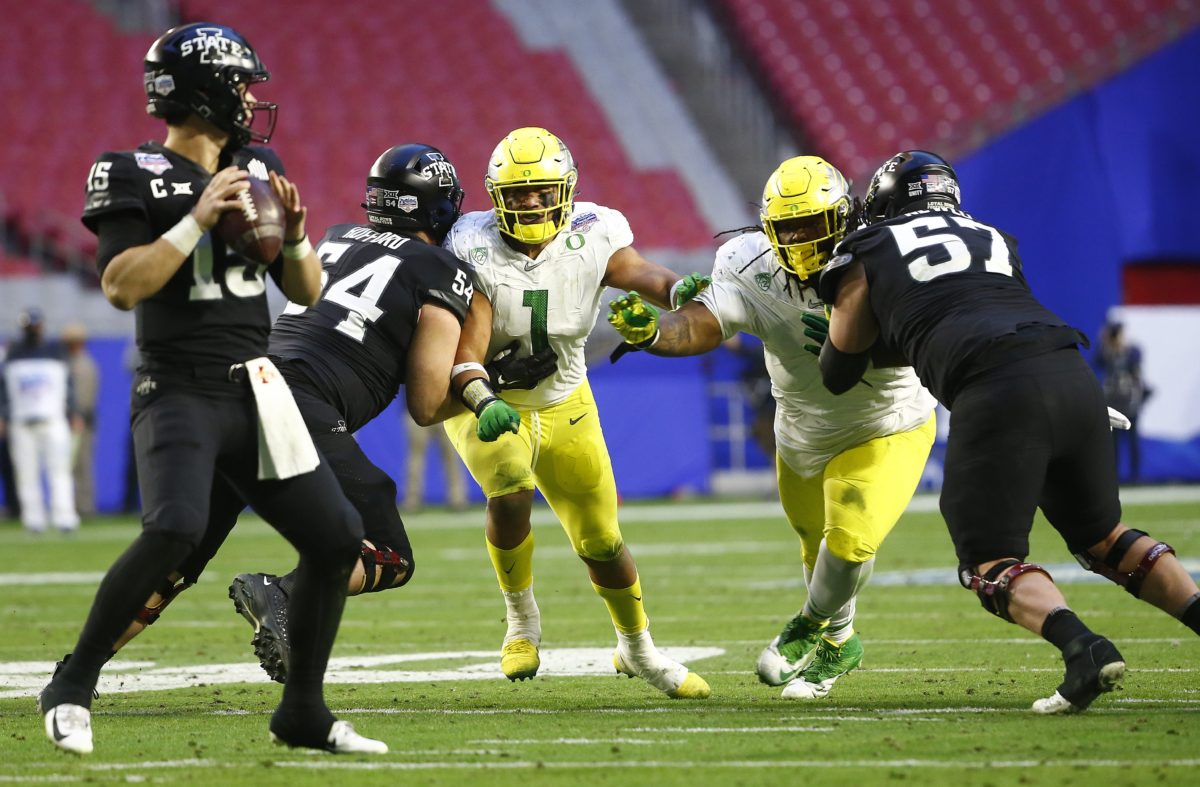 Junior quarterback Brock Purdy and linebacker Mike Rose, two of the nation’s best at their individual positions, announced they will both be returning for their senior season in 2021 following Saturday’s 34-17 win over Oregon in the PlayStation Fiesta Bowl.

Additionally, senior tight end Chase Allen announced he will take advantage of the additional year of eligibility granted to each player due to the COVID-19 pandemic and return as well. Allen could still be joined by All-American position-mate All-American Charlie Kolar, who is a redshirt junior, but will surely look for feedback from the NFL Advisory Committee.

Regardless of what else happens, assuring Purdy and Rose’s return is huge for the program.

Purdy continued his assault on the Iowa State record books during his junior season by throwing for 2,750 yards, 19 touchdowns and nine interceptions. He ends the year as the holder of more than 25 career, season and game records at Iowa State with a handful more within reach during his senior year.

“I’m really excited what’s going to happen,” Purdy said. “And the bottom line is we’ll have experience. And so when you have a team with a lot of experience, I think you can do a lot of things, and that’s what we’ll have next year.”

Rose was named the consensus Big 12 defensive player of the year in 2020 and will enter 2021 as one of the nation’s best defenders. He totaled 96 tackles, 10.5 tackles for loss, five interceptions and 1.5 sacks as a junior while earning All-American honors from several outlets.

“Honestly, I’m definitely coming back next year,” Rose said. “I love this team. I want to come back and finish it the right way and hopefully be somewhere bigger next year. It’s really not about me, honestly. It’s just this team has been special this year. I think we’ll have a lot of people coming back.”

That a lot of people coming back includes Allen, who was the first member of the 2020 class of seniors to announce his intention to return in 2021, but is not expected to be the last.

Allen caught 19 passes for 236 yards and two touchdowns in 2020. He will be the elder statesmen of what still figures to be a talented tight end room, especially if Kolar returns, despite classmate Dylan Soehner announcing he will not return to the program next year.

“I would like to say thank you to my family, friends, coaches and teammates for always believing in me and making my time in Ames one of the best experiences I’ve ever had,” Allen wrote in a graphic posted to Twitter. “Growing up a Cyclone fan and having the opportunity to be a part of the growth of this program over the last four years fills me with so much pride. After discussions with my family and coaches, I’m a excited to lay it all on the line in cardinal and gold for one more season in front of the best fans in the country.

See you in September.” 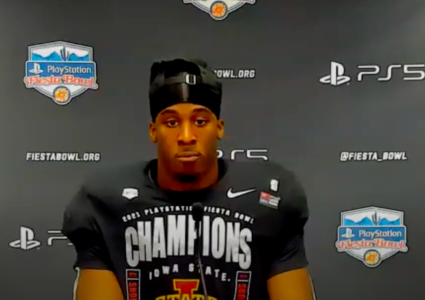