BANGKOK, Thailand – Ashley Joens and USA Basketball (7-0) won gold at the FIBA U19 Women’s World Cup with a 74-70 overtime win over Australia (5-2). The win marks the eighth gold medal for USA Basketball and the second for Joens.

Joens averaged 10 minutes a game providing a boost off the bench. Joens was a late addition to the team after originally being named an alternate. She joined the squad as they departed the United States for the World Cup. 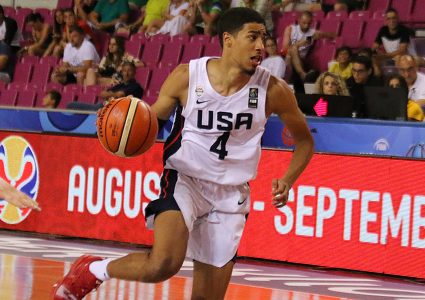