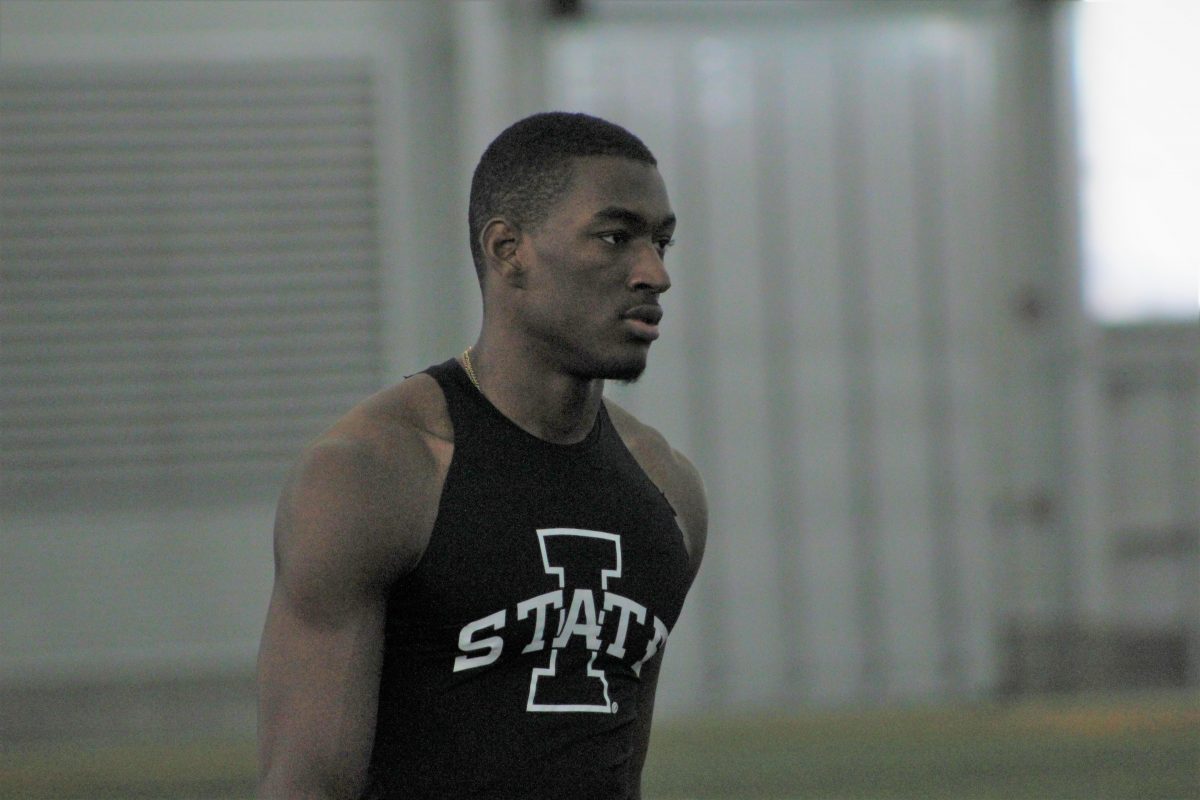 From the mind-numbing Mel Kiper commentary on Division III players to combine measurables to the politics behind the scenes, I love everything about the event that will take place this weekend (starting tonight) in Nashville.

But from an Iowa State perspective, this event has a brutal history.

You have to go all the way back to 1973 to find Iowa State’s last first round pick – George Amundson to the Houston Oilers at No. 14 (I am so sick of having to write that stat every April).

Most recently, the last Cyclone to get drafted was Jeremiah George at pick No. 154 in the fifth round to the Jets all the way back in 2014.

Who can forget last year’s debacle, where we all just sat around and waited for Allen Lazard’s name to be called? It didn’t happen. I’m still shocked by that.

This weekend is by far the most interesting NFL Draft that Cyclone fans have had to pay attention to in well over a decade – probably since Troy Davis and Tim Kohn both went in the third round in 1997.

I fully realize that not all Cyclone fans follow “draft stuff” as closely as I do, so here is a quick, what you need to know primer leading up to what should be a fun weekend.

Did you know: That Iowa State hasn’t had a wide receiver drafted since Tracy Henderson in 1985 (No. 132 in fifth round to the New York Giants)?

That is all but a lock to change this weekend with Hakeem Butler.

“If it’s not in the second round, it will be early in the third,” ESPN draft analyst Todd McShay recently told our Rob Gray. “Wide receivers aren’t lasting as long as they used to, but something tells me he’ll be off the board certainly in the top 80 picks or so, but it wouldn’t surprise me if it was late in the second round.”

Iowa State head coach Matt Campbell – an all around football guru – was on my radio show yesterday when he offered up this analysis regarding Butler’s pro potential.

“I don’t know if there is a guy in the draft who can run vertically down the field and make the plays that he makes. But you have to also say offensively, ‘I want something like that.’ Hakeem isn’t the traditional receiver that’s running curl routes or dig routes all the time. That’s probably where his growth is going to come over the next year or two. But if you want a big, strong and physical guy who is going to go up and get the football and run vertically down he field and get the 50-50 ball, I do think he is as good as anybody in the draft at those certain skills.”

There is a decent chance that Montgomery will be drafted behind Butler but the following analysis from Campbell on his star running back makes for an exciting future.

“I don’t know where he goes or who takes him but I think he is a day one starter wherever he goes,” Campbell said. “He is the complete back in this draft. He can catch it. He can run it. He can block. His work ethic will work with any organization and he’s going to have a chip on his shoulder.”

That’s great news if you’re a fan who watches for former Cyclones in the NFL on Sundays. David Montgomery starting at the next level will be must-see TV for this guy.

“He’s 5-10, 222 pounds and ran a 4.63 (40-yard dash), which is not ideal, but it’s not a big negative,” McShay told Rob Gray. “And you watch the tape and it matches up. That’s what he is. He’s a grinder. I don’t think he’s ever gonna be an elite back as I said earlier, but I think he’s gonna be part of a rotation and he’s gonna come in and contribute. I just like his toughness and his versatility.”

Pro Football Focus ranks Montgomery as the second-best running back in the draft.

Will Brian Peavy get drafted?

Size and speed are what’s hindering one of the all-time great defensive players in Iowa State history, Brian Peavy, when it comes to the draft.

However, Peavy’s coverage skills and overall sound fundamentals will give him a decent chance to hear his name called.

“Ran a 4.68,” McShay said. “That’s the big issue, with short arms. I do think he’s gonna be drafted late. I’ve got a sixth, seventh-round grade on him, but it’s tough to overcome undersize, marginal speed and short arms. Those are kind of the three big things you look for. Again, I think he’ll get an opportunity. … He’ll tackle. He’s tough. He’s instinctive and he will contribute on special teams. So I think he’ll find a way to stick around even though he doesn’t have the ideal measurements.”