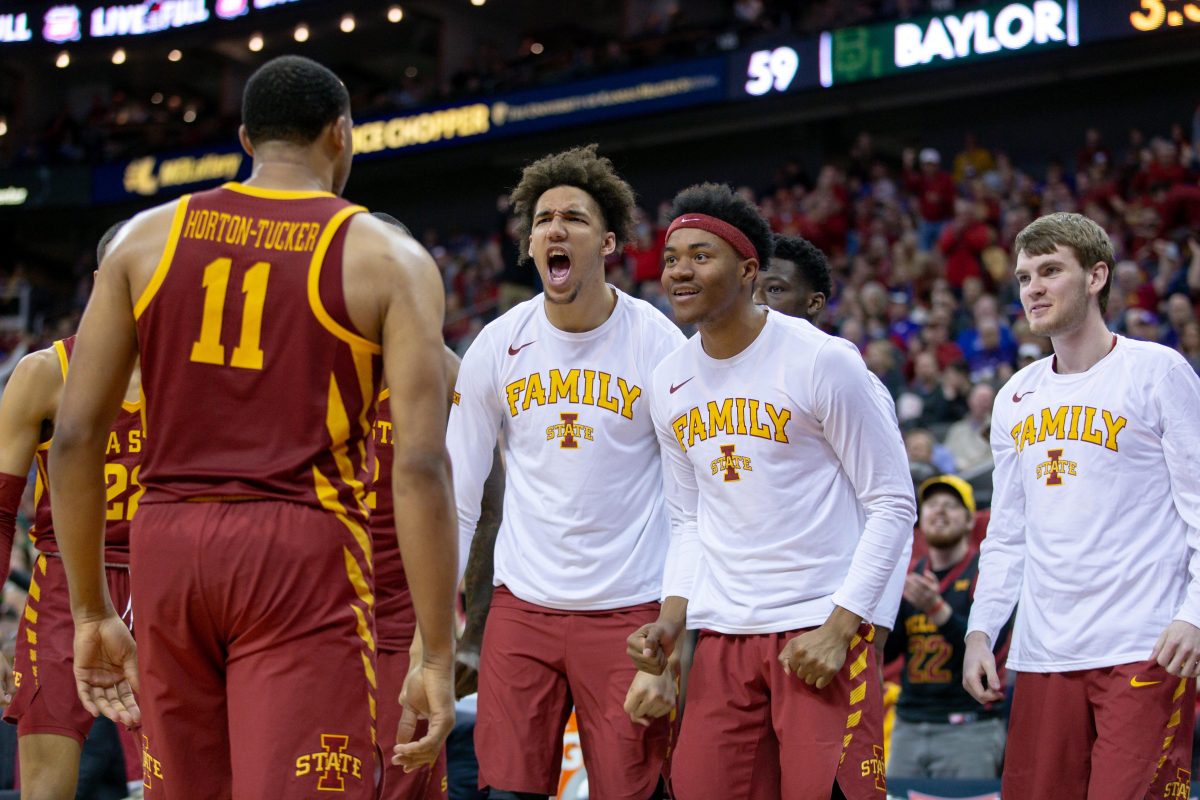 KANSAS CITY — Have you packed your bags and loaded up the car yet?

It might be time to get to Kansas City. Much of central Iowa is already here. It was easy to hear them between 11:30 a.m. and roughly 1:30 p.m. on Thursday at the Sprint Center.

Hilton South is back and it may be in for a lively weekend with the way Iowa State played in its 83-66 win over Baylor in the Big 12 quarterfinals. Call them “Team-A” or whatever else, the Cyclones we saw dismantle Scott Drew’s Bears are good enough to hoist the trophy on Saturday for the fourth time in six years.

“I think everybody in the league knows when they’re on,” Drew said after the game. “They’re capable of being a Final Four team.”

Here are five other thoughts from Thursday’s contest.

1 – Defense to offense conversion was the key to Iowa State’s scoring success. Steve Prohm has said time and time again that he does not want his team playing in the half court and therefore they have to figure out ways to force the issue in transition.

Regardless of how the opposing team’s offensive possession ends, the Cyclones need to be making an effort to run immediately.

“We need to be the best team at converting from defense to offense. Makes or misses,” Prohm said. “If we’re converting the right way and guys are getting it out of the net quick, guys are rebounding and outletting quick and guys are really spreading the floor then we’re going to get the ball moving right away.”

The ball was moving offensively for Iowa State early and often. It allowed the Cyclones to create open looks early-on, specifically for Talen Horton-Tucker, who finished with a game-high 21 points on 8-of-15 from the field and 5-of-9 from 3-point range.

“I think we shared the ball and we got excited for each other,” Shayok said. “That energy just spread around the team.”

The final result was a performance in which Iowa State’s offense clicked to the tune of 51.7 percent from the field and 52 percent from deep. The Cyclones scored 1.277 points per possession.

Good luck keeping up with that.

2 – Iowa State was the tougher and more physical basketball team. Imagine reading that sentence two or three weeks ago. It would not have seemed possible.

You saw it manifest every single time Michael Jacobson went up and ripped down a rebound or was grappling with one of the Bears’ big men in the paint. He played like a grown man who has played in roughly 100 college basketball games.

“They’re tough,” Jacobson, who finished with seven points and seven rebounds, five of them offensive, said. “We wanted to come out and show our toughness too.”

The Bears did still get 14 offensive rebounds, but at least they were held to 14 second-chance points off those opportunities. Add in 14 Baylor turnovers and this game ended with a perfect 58-58 split in field goal attempts.

More often than not, if the Cyclones have the exact same number of field goal attempts as their opponent, they will win. That is the point when talent is able to win out.

“We played for the next guy. We didn’t play for ourselves. Mike was down there battling his butt off the whole game,” senior guard Nick Weiler-Babb, who finished with eight points, six rebounds and three assists, said. “Talen was grabbing rebounds, boxing out. I think everybody just kind of came in and knew we wanted to be tougher than them tonight. That was the way we were going to win this game.”

3 – Talen Horton-Tucker and Tyrese Haliburton are not scared of the moment.

Talk about raising the bar to a new level when the lights are at their brightest. These two kids were nails in every facet of the game on Thursday.

Horton-Tucker’s game-high in points was coupled with four rebounds, three blocks, two assists and a steal. Haliburton played one of his best games of the year with 13 points on 5-of-7 from the field, 3-of-4 from deep, four rebounds, four assists, one block and one steal.

“It’s just like home court, really,” Haliburton said. “It felt just like Hilton. Everybody’s here. We’re getting the crowd involved. When the crowd’s involved, we’re really hard to beat. It messes everything up for the other team. I’m loving it so far.”

4 – Iowa State never let Baylor get back into striking distance.

Once the Cyclones were able to retake the lead late in the first half, they closed the first 20 minutes with a 12-3 run to enter the locker room with a 38-29 advantage.

This saying flashed back into my brain during halftime on Thursday. I told Chris Williams the goal should be to force Drew into taking a timeout before the first media break.

After a couple of early Baylor baskets were negated by back-to-back Haliburton 3-pointers, Jacobson scored in the paint and Weiler-Babb got to the rim for a bucket. It pushed Iowa State’s lead to 48-34 with 16:45 left in the game.

Drew took a timeout — and the Cyclones never looked back.

It is one word displayed across the chests of Iowa State’s postseason warm-ups shirts.

For the first time in a while, this team looks like a family. They are cheering for each other and smiling at the other’s successes. They are helping each other off the floor and playing for the guy next to them.

“You saw a true team today,” Prohm said. “Guys pulling for each other. Guys genuinely happy for one another.”

Something was lost in this team during the dog days of a long season. The team chemistry they had boasted about towards the beginning of the season had turned into discontent that was ripping them apart at the seams.

Sometimes, it can take a major blow-up to get back in a position where rebuilding is possible. A major blow-up quite frankly is probably an understatement for the way Iowa State’s last week of the regular season went.

You can clearly see they have been able to rebuild it though.

This is a team. This is a family.

This is a basketball team with a chance to add another net to the Hilton South collection.

“This team is what Iowa State has been since we started this year off,” Weiler-Babb said. “I think people know that we are capable of it and we just had to be confident in ourselves doing it again.” 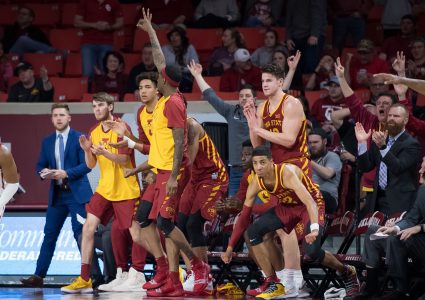