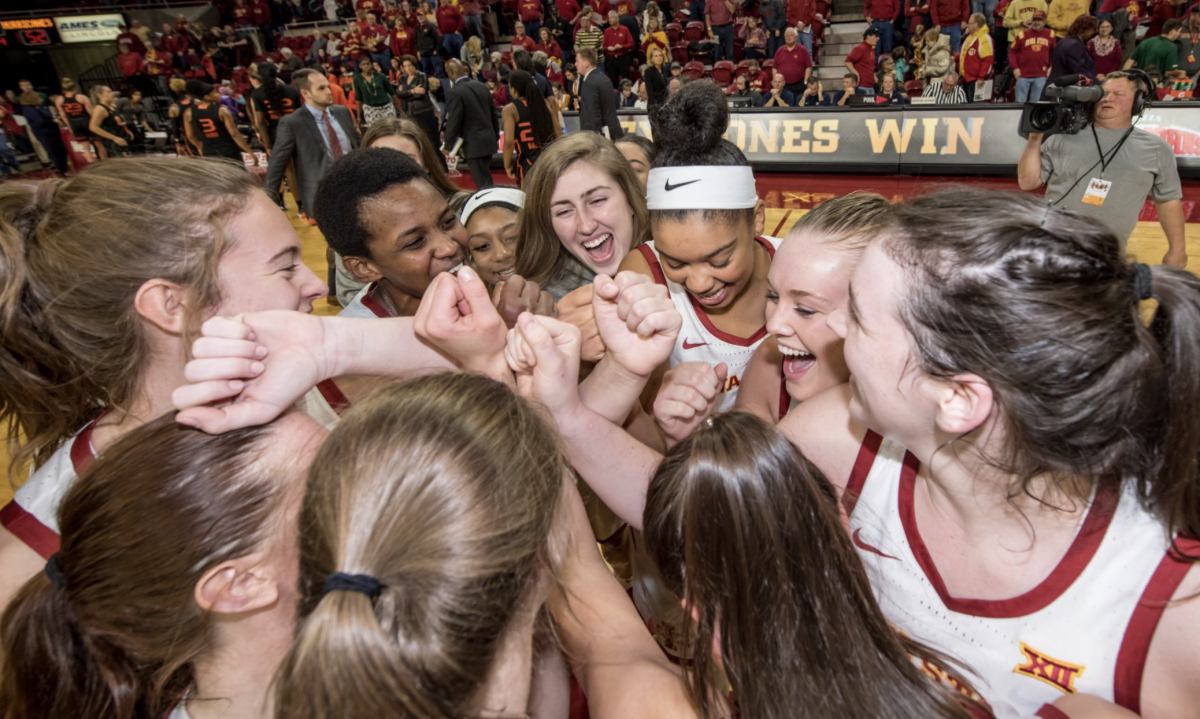 The visiting Cyclones had to survive a furious fourth quarter Kansas rally, as the Jayhawks cut ISU’s 21-point lead down to five points in the final two minutes of the contest before ISU pulled back away at the free throw line.

ISU was led by Bridget Carleton, who had her second 30-point effort of the season and eighth of her career with 33 points, to go with six rebounds and five assists. Her 33-point effort is tied for eighth on ISU’s single-game scoring list.

Joining Carleton in double figures was Kristin Scott (17), who got there on a perfect 7-of-7 shooting effort, including three 3-pointers. Scott’s effort is the third-best 100 percent shooting effort in ISU history.

Inès Nezerwa helped spark the Cyclone in the second quarter, leading a 6-0 run to get ahead 26-20. The visitors continued to pile the pressure on the Jayhawks, taking the lead to 12 at 36-24 when Rae Johnson beat the shot clock with a deep 3-pointer with 1:48 to go in the half.

The Jayhawks worked their way back into the contest in the third quarter, closing within seven on a couple of occasions. However, Iowa State was able to find the baskets to keep KU out of sight, with Carleton notching seven-straight to get ISU to its largest lead to that point at 54-40. Carleton got 14 points in the third, as Iowa State got up by as many as 19 points in the frame.

Carleton took the ISU lead into the 20s with a jumper at 66-45. From there, Kansas roared back with an 23-7 run to bring the Cyclones’ lead back down to five points at 73-68. Carleton was there to rescue ISU from any problems, as she took her personal tally into the 30s to help bring the victory home for the visitors.

Bridget Carleton took over for Iowa State in the third quarter, as she notched 14 of her 31 points to help the Cyclones pull away. She then added 11 more points in the fourth to help ISU hang on for the W. She also filled her stat resume with six rebounds and five assists.

Kristin Scott continues to be a go-to player for the Cyclones all around the court. The sophomore finished with 17 points on 7-of-7 shooting, which included three 3-pointers. She also had a career-best four blocks.

Iowa State returns to Hilton Coliseum on Wednesday night to host TCU. Tip between the Cyclones and Horned Frogs will be at 6:30 p.m. with Cyclones.TV Powered by Mediacom televising the contest.