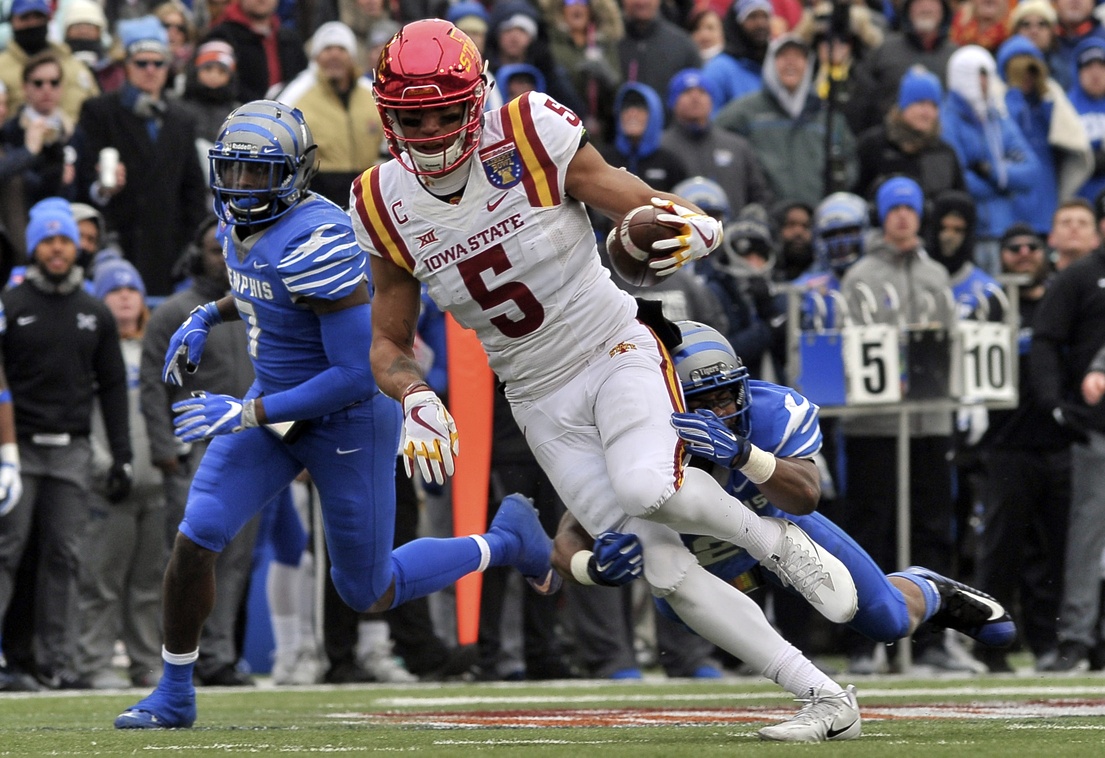 The occasion: National signing day, where then-Cyclones coach Paul Rhoads proudly waved the letter of intent signed by soon-to-be star receiver Allen Lazard, who chose his team — and that of his dad, Kevin’s, and brother, Anthony’s — over Notre Dame, Nebaska, Iowa and others.

But that triumphant day came almost exactly one month after one of the worst moments of Lazard’s life.

Lazard lost his grandfather, Ernest Allen, to pancreatic cancer, Jan. 4, 2014, and his passing created a void that no touchdown record, or All-American honor, could remotely fill.

“He just taught me nothing in life comes easy,” said Lazard, who is honoring his grandpa’s legacy by raising funds for the Pancreatic Cancer Action Network while training for the NFL Combine. “You have to go out there and work for things. He really installed that blue-collar, hard working mentality into my life as well las my siblings, as well. Just from listening to his stories about growing up and what he had to go through to get where he was — it’s something truly remarkable and it really backs up what he says of how nothing in life comes easy.”

Lazard, who is projected by most NFL Draft experts to be a fourth to sixth-round pick, said when he was presented an opportunity to support a cause at the combine, he knew precisely what he wanted to put his name behind.

“I knew exactly what I wanted to do,” Lazard said. “He was someone that meant a lot to me and my family, so being able to do this, I can honor him and everything he’s done for me.”

His grandpa’s enduring message of “nothing comes easy” guided Lazard through his Cyclone career.

“Those first few years were very hard, especially in the offseason of trying to understand what you were working for,” said Lazard, ISU’s all-time leader in five receiving categories. “To finally have a season where everything paid off was huge. To be able to persevere through those tough times is something that he’s always instilled in me.”

Lazard just keeps working, with his grandfather’s long-standing words of advice spurring him on.

“I’ve always had chip on my shoulder, even going back to high school,” he said. “Urbandale wasn’t the Valley or the Dowling of high school sports in Iowa, so I’ve always had to struggle and make due with what I have, so being at Urbandale and then going to Iowa State, people always questioned why I went there and really didn’t see why I would choose a school (like that), regarding the offers that I had. I never really cared what other people think. I always just trusted in myself and my teammates.”

And Ernest, who attended every event Lazard was involved in until pancreatic cancer claimed his life.

The disease is now the third-leading cause of cancer-related death in the United States and is one of its deadliest forms, with a five-year survival rate of nine percent.

Lazard’s intent to help alter those bleak statistics, so he’ll use his vertical leap at the combine to raise money. You can pledge your support here.

“I set my mark at 35 inches just because it’s an easy number I can get,” Lazard told the Pancreatic Cancer Action Network. “A donation will be made for every inch I jump.”

Expect a personal best, for obvious reasons. Four seasons at ISU produced lots of those for Lazard. Mentoring from his late, beloved grandfather helped make such towering feats possible.

“I’ve always been someone that’s seen the game to be bigger than myself, so as much as I can give back and inspire other people, that’s something that I want to do,” Lazard said. “So when they first presented it, I jumped on it right away and I knew exactly what I wanted to do. Like I said, my grandpa being such a vital influence on my life and making the sacrifices that he did, this is some way I can honor him and pay him respects.” 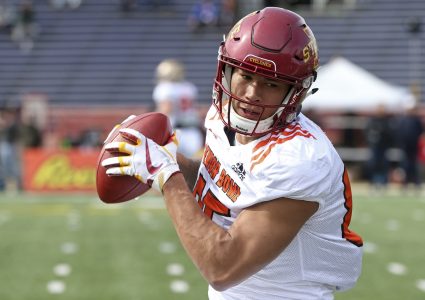