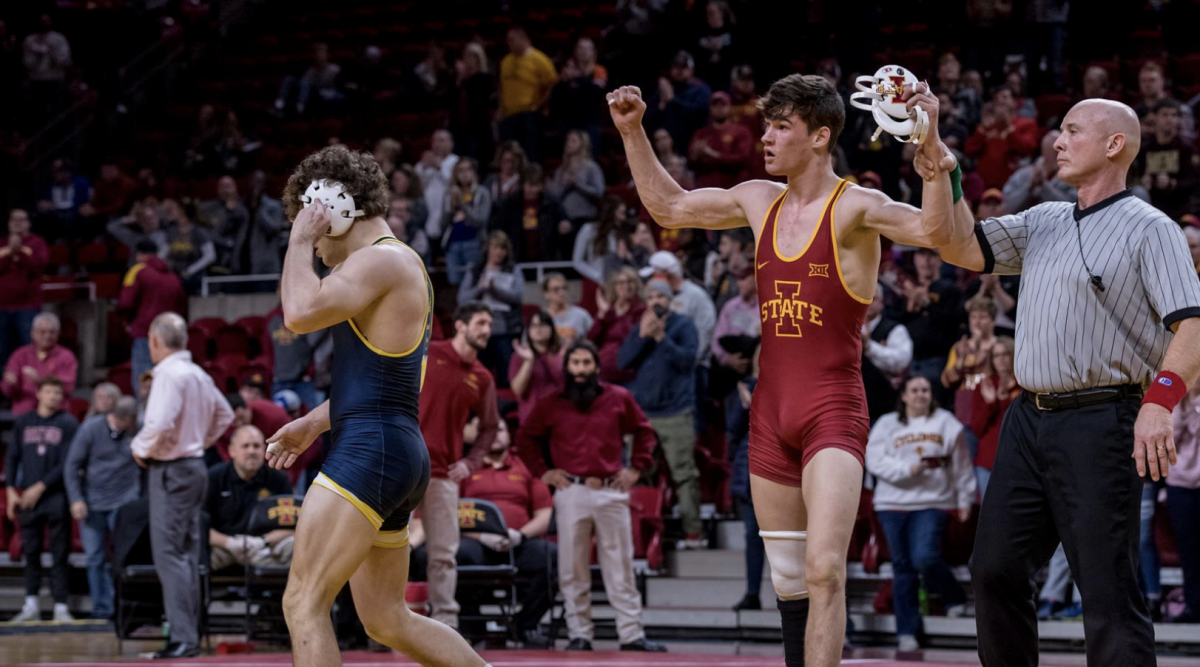 AMES — The preliminary brackets are out for this weekend’s Big 12 Wrestling Championships and as expected, Iowa State sits as a significant underdog, something head coach Kevin Dresser hopes will be used in a positive light leading up to the postseason.

“We’re underdogs this weekend and the goal is to change that over time at Iowa State,” said Dresser. “Then we have to learn how to be the favorites.”

The seeds are as follows:

It comes to no surprise that the most promising wrestler for this weekend is redshirt Jarrett Degen (149), who ended his regular season with an overall record of 17-8 and was the only Cyclone in the lineup to get a bid from the conference.

Degen has been no exception for the team’s inconsistencies as he too has had some tough losses that resulted from small mistakes. The thing that stands out about a guy like Degen is that he has never stopped showing up and leaving it all on the mat.

The Cyclones will have had over two weeks worth of practice to prepare for this weekend and one can only hope they have figured out both mental and physical road blocks.

The only way that the Cyclones will find success this weekend is if they figure out how to fight through inconsistencies such as the lack of bonus points, getting gassed and allowing themselves to get caught up in tough positions.

“I’m excited to see which guys are going to go out there and throw it out there and ‘Let’s go get to Cleveland,'” said Dresser.”I knew it was going to be difficult and we signed up for difficult. It’s like getting on a roller coaster in the dark. You don’t see the track in front of you but you know you’re going to get whipped around.”

This weekend will finally be the chance to showcase where every individual stands and how they can preform when it is truly all in or nothing. Dresser’s goals for the postseason are quite simple: Get as many guys as far as they.

Dresser’s expectations continue to be the most consistent thing about this team.

“When I say, ‘I have no clue what the heck is going to happen,’ it’s straight from the heart truth from me,” said Dresser. “I don’t know what’s going to happen this weekend. That’s what makes coaching fun. If it was easy and we could figure it out every weekend we wouldn’t go to Tulsa.”

The Big 12 Championships will begin on Saturday morning at the BOK Center in Tulsa.