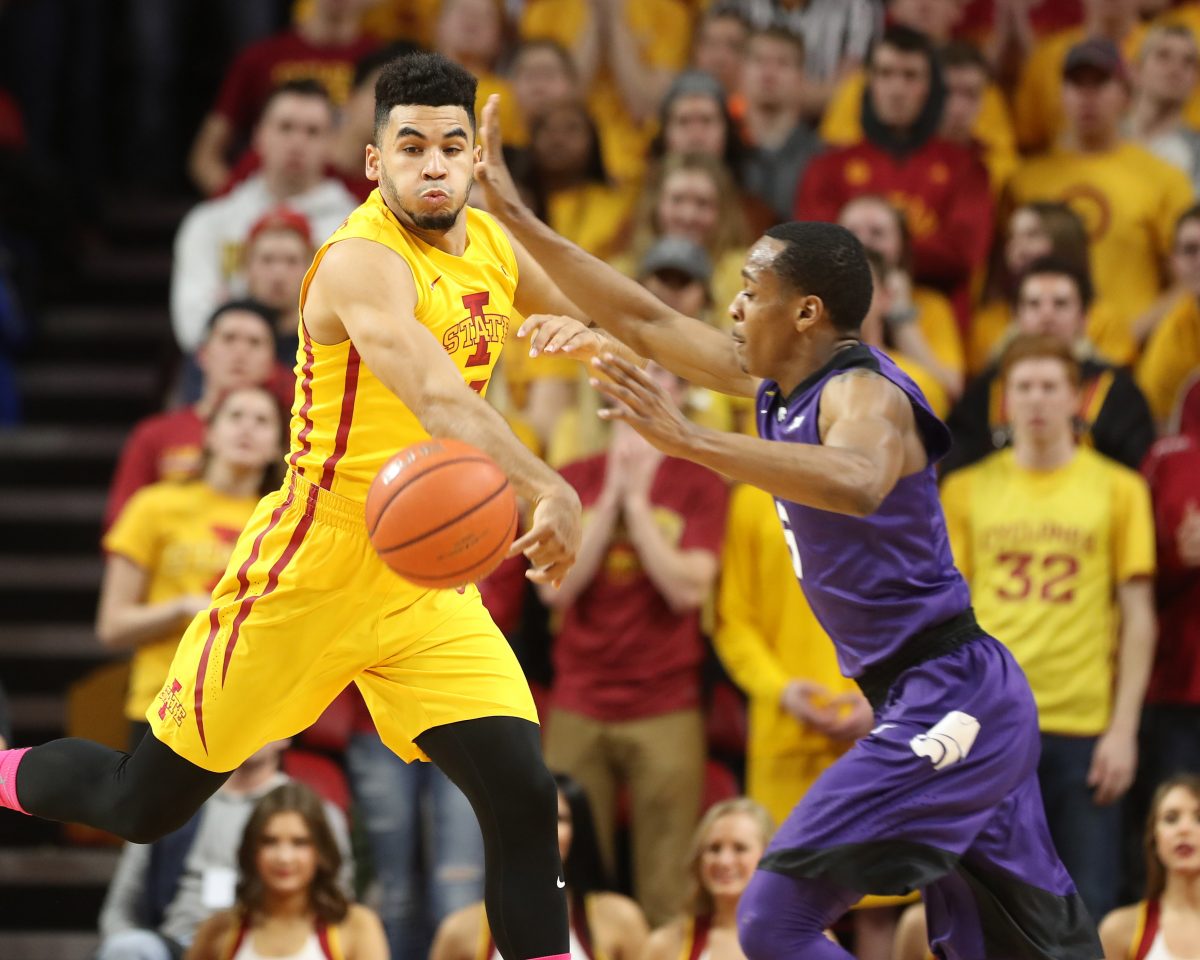 AMES — I hate to be “that guy,” but what went down on Tuesday night inside of Hilton Coliseum shouldn’t have surprised anybody.

Every day is Groundhog Day up at Iowa State these days and we all know by now, the Cyclones are consistently inconsistent.

Heck, I’m not complaining about a thing though. These guys keep us on our toes.

Despite the peaks and valleys that this Iowa State team has experienced this season, there has been one constant that nobody can take away: This group is full of heart and grit. It is also why Iowa State was able to come from 19 down on the road to win at Oklahoma on Saturday and four nights later, pull out a 70-65 victory over K-State after coughing up a 20 point lead.

“It’s funny because we don’t give up super big leads like that on a daily basis,” Naz Mitrou-Long, who had 13 points, noted with a smile on his face after the game. “We usually are fighting back from it.”

It was like a run-of-the-mill Iowa State comeback, just backwards, if that makes any sense at all.

How many times we have seen this group be the hunter, down double digits when the three-balls start falling and the crowd gets out of control?

This is also why after the game, Steve Prohm and every fan on my Twitter feed felt so fortunate – or maybe relieved is the better word for it.

“It’s hard to win in this league,” Prohm said when asked about his jubilant postgame mood. “I have gone through that when you analyze wins and everything and you don’t win by enough, I’ve done that before when success is always expected. That’s a miserable way to do it. Now I will go home tonight and watch the tape and talk to the team on Thursday and correct some things. I am as happy as I have ever been right now. We are 5-3 in the best league in the country. We are in third place.”
That night could have ended very badly. Just ask 18th ranked West Virginia, who blew a 15-point home lead to Oklahoma last week and lost.

That’s a Big 12 win vs. a good team and to be totally honest, one I didn’t think they were going to get with five minutes to go.

The Iowa State athletics Twitter feed (@CycloneATH) does a thing during games where they update the “Thomas Tracker” with snowflakes every time that Matt Thomas makes a three.

That feed was as blustery as the weather outside of Hilton Coliseum at the end of Tuesday night as Thomas, who tied his career-high (23) with just over 17 minutes to go in the game, finished with 25 while going 7-of-10 from three.

“He is just a diligent kid,” Prohm said. “If it’s a good day or bad day, when I look out my office at about 10:30, he will be out there spinning that ball and shooting it. He’s got great character. He’s got great work ethic and he deserved a night like this.”

“I go into every game with a clear mind and after you see it go through the net a few times, the rim starts getting a little bit bigger,” Thomas said. “Unless you are at the free throw line.”

In the most bizarre and game changing sequence of the night, Thomas, a 90 percent free throw shooter, went 0-for-3 from the charity stripe with 17:01 to go in the game.

Prohm joked that every reporter in the press conference would have bet $1,000 that Thomas wouldn’t miss all three of those free throws at that time.

Along with West Virginia (who beat Kansas on Tuesday), Iowa State is now tied for third in the Big 12’s standings behind Kansas and Baylor.

Up next for the Cyclones is a weird 3 p.m. (ESPN2) road trip to Vanderbilt for the Big 12 vs. SEC Challenge on Saturday. 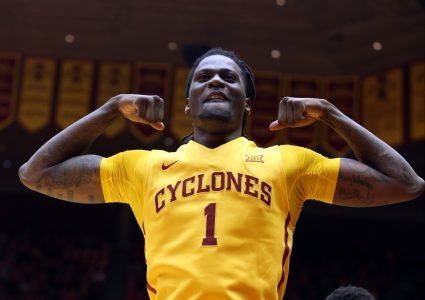