UPDATE (4:45 p.m.) — Iowa State has sent out a press release confirming the death of Bryce Dejean-Jones.

Former Iowa State basketball player and current member of the NBA’s New Orleans Pelicans Bryce Dejean-Jones has passed away. He was 23 years old.

Dejean-Jones, a native of Los Angeles, California, played the 2014-15 season for the Cyclones after graduating from UNLV. He was fourth on the team in scoring, averaging 10.5 points per game while playing in 33 games. He started in 21 games. Dejean-Jones averaged 4.7 rebounds and shot a career-best 47.6 percent from the field in his lone season as a Cyclone.

"This is a very, very sad and tragic day for everyone that’s a part of the Cyclone Basketball family." Iowa State head coach Steve Prohm said. "Our thoughts and prayers go out to all of Bryce’s family at this difficult time. I also ask that you keep Bryce’s current and former teammates and coaches in your prayers as well."

"We are deeply saddened to learn the tragic news about Bryce," former ISU head coach Fred Hoiberg said. "I’m grateful that our paths crossed in this life. Bryce was a passionate and talented player that lived out his dream of playing in the NBA through hard work and perseverance. It’s an incredibly sad day for me and all of Iowa State University. Our thoughts and prayers are with Bryce’s family."

Dejean-Jones helped the Cyclones to a 25-9 record, a Big 12 Championship title and the school’s fourth-consecutive NCAA Tournament berth. He earned CBSSports.com National Player of the Week honors after scoring a season-high 27 points in ISU’s win against nationally-ranked Arkansas. He finished 8-for-8 from the field against the Razorbacks, becoming just the fifth player in school history with at least eight field-goal attempts without a miss in a game. He also scored his 1,000th career collegiate point against Arkansas.

In the Big 12 Championship, Dejean-Jones tallied 10 points and three steals off the bench against Oklahoma in the Big 12 semifinals and followed with seven points against Kansas in the finals.

Dejean-Jones played 14 games for the Pelicans in 2015-16 as a rookie after going undrafted. He scored a career-high 17 points against the Los Angeles Lakers on Feb. 4. His rookie season was cut short by injury after signing a three-year deal with the Pelicans on February 19.

Former Iowa State Cyclone basketball player, and current New Orleans Pelican, Bryce Dejean-Jones has died, per a report by the Ames Tribune’s Travis Hines. He was 23.

An unofficial report from The Vertical’s Shams Charania says that Dejean-Jones suffered a gunshot to the abdomen late Friday night.

Dejean-Jones averaged 10.5 points and 4.7 rebounds during his senior season at Iowa State after transferring from UNLV. He spent his freshman season at USC.

The 6-foot-6-inch, Los Angeles native signed a three-year deal with the Pelicans this February after signing a 10-day contract with the team. 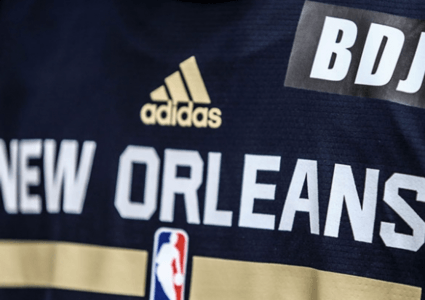