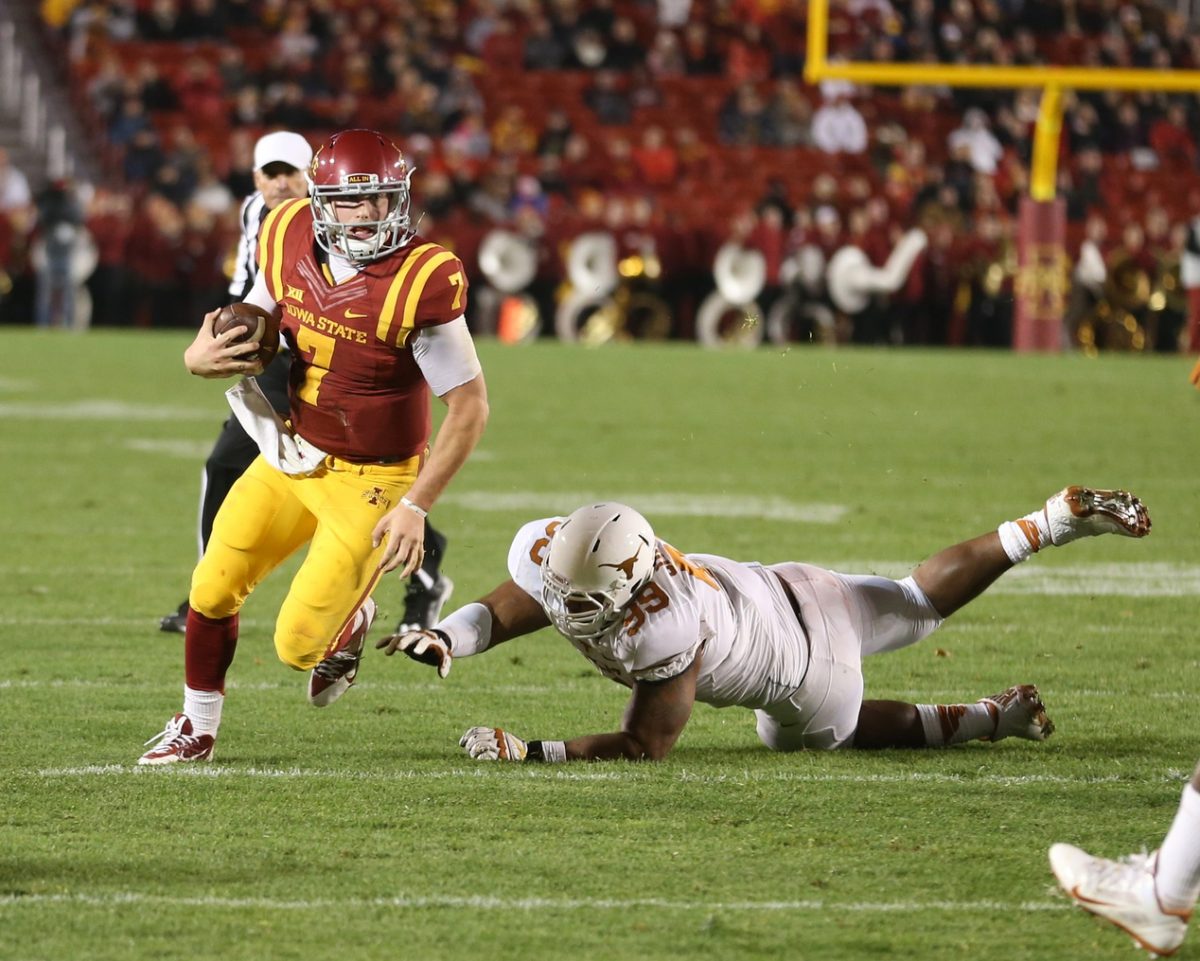 1) Last week, I was utterly shocked when I read the following quote from Iowa State quarterback Joel Lanning after a spring practice in Ames: “Don’t be stupid,” Lanning said in reference to his new role as Iowa State’s starting quarterback heading into the fall. “I’ll be getting down a lot more.”

Wait, what? Like sliding to avoid taking a shot to the upper body from a Big 12 defensive end??

The reason this surprises me so much is because on the very day that Matt Campbell was introduced as Iowa State’s choice to replace Paul Rhoads as head football coach, I had an on-the-side conversation with Lanning and his top target, wide receiver Allen Lazard. We were shooting the breeze when I asked Joel if sliding was in his DNA.

I don’t have an exact quote for you guys (my recorder wasn’t running), but he basically told me no in this type of way: “I’m a football player. Football players don’t slide.” Something like that.

Lanning’s words made the hair on the back of my neck stand up. I wanted to go hit somebody. How can you not love the type of fortitude from a quarterback? That kind of a mindset is contagious. If guys see their leader – their quarterback – lowering his shoulders and bulldozing a Big 12 linebacker, it’s inspiring for the rest of the roster. I think we saw that last year when Lanning was first inserted into the starting lineup.

However, this “style” might not be the smartest way to approach the quarterback position – especially at Iowa State next year where in reality, there isn’t a single backup on the roster that has ever taken a snap at this level.

I have no idea what that quote from Lanning will ultimately mean. Joel, a wrestler at heart, could get on the gridiron next fall and forget all about sliding when his adrenaline starts to pump. He would likely get the wag of a finger from the Campbell staff though, who is hell bent on keeping him healthy (I don’t blame them).

What I’m taking from this though is that after three months, Lanning, a Paul Rhoads guys, trusts the new staff enough to completely change his mindset as to how to approach his position. I’d say that’s a good thing.

2) The Campbell staff is picking up right where it left off this February on the recruiting trail. It’s April 4 and four three-star prospects have already committed – two of them over the last week – three of them being Iowans.

I’ll tell you this: Sources in Ames were ecstatic when Little Rock wide receiver Joshua Johnson made his pledge in the middle of last week. The birdies I talked to were surprised by it, in a very good way. Johnson is a 5-foot-11, 170-pound prospect who chose the Cyclone over the likes of Illinois, Indiana, Kansas State and a boast of mid-majors.

According to this piece written by Jared Stansbury, Matt Campbell was also surprised when Colin Newell committed on Saturday. Campbell made Newell a priority when he first took the job, as I believe Newell was the first prospect that he offered.

I have no idea how good these players will turn out to be, but it’s encouraging that the Campbell guys are doing exactly what they said they would: Owning their backyard and recruiting like their hair is on fire.

3) One more quick football recruiting note before I get onto other topics: Iowa State offered 2018 Dowling Catholic offensive lineman Zach Ross on Saturday.

4) Going into Saturday night, I figured that Villanova/Oklahoma was a toss-up. Vegas tabbed the Sooners as a two-point wildcard. It was supposed to be a good game.

I just hate the fact that Buddy Hield went out that way. Villanova is really good – better than Oklahoma. But that nine-point performance isn’t Buddy Hield. He is so much better than that.

Still, here’s a tip of the cap to a great career. I can’t wait to watch that guy in the pros.

5) One quick hoops recruiting note, Iowa State is in on a JUCO big out of Texas who could make an immediate impact next season. Devin Davis played his freshman year at Indiana, was involved in a scary accident, and went the JUCO route for his sophomore campaign. Last season at Odessa C.C. (in Texas), the 6-foot-7, 225-pound big man averaged 16.8 points and 8.2 rebounds per game.

Steve Prohm and Daniyal Robinson have been hard after him but there is reason to believe that the competition is about to pick up in a big way. The good news is that Iowa State has a head start, so stay tuned.

6) It’s officially Opening Day in Major League Baseball and my Atlanta Braves are fixing to be the worst team in the bigs. Who else is excited?!?!?!

7) Other than Shane McMahnon acting like a crazy man and jumping off of the cell, I thought that WrestleMania was awful last night. One of the worst I have ever seen.

8) Last but certainly not least, for the fourth year in a row, I’m asking for your guys’ help. Over the last three years, we (the Cyclone Fanatic community) have raised just over $12,500 for the St. Baldrick’s Foundation, my favorite charity that raises funds to fight pediatric cancer. This Saturday night in Bondurant, I will once again be shaving my head in honor of my neighbor Ava, who has fought brain cancer since she was a baby (thankfully she is doing great now).

Let’s keep up an awesome cause. Please click here and donate to a very important charity. Anything will be very much appreciated. Thanks in advance and have a great week. 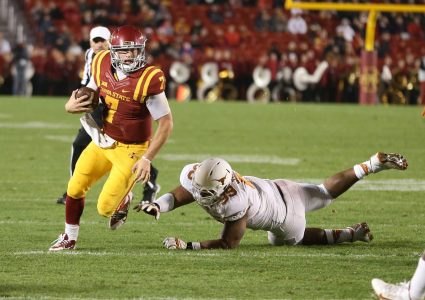