If you guys are like me, back in the day, you’d open up your preseason college basketball magazines and dream of a world where the Cyclones would be featured nationally.

“How cool would it be for Iowa State to be in the preseason top-10? What about a preseason first-team All-American?"

I know that for some, Fred Hoiberg’s departure for the NBA over the summer was a bit of a buzz kill on your enthusiasm for the program. I’d be a liar if I told you that wasn’t the case with me too. It’s nothing against Steve Prohm either. It’s just that Fred is … you know, Fred.

But on Wednesday, the Blue Ribbon College Basketball Yearbook released its preseason top 25. Iowa State was eighth. I write for Athlon’s preseason yearbook and know that they are putting Iowa State seventh.

The point is: preseasons like these don’t come around very often. Some quick advice: buy up every magazine you can and enjoy the hell out of this. Never before has Iowa State basketball been featured so prominently on the national map.

I’ve heard rumblings as to why Iowa State made the switch to a primary 3-4 look this season but during his press conference on Monday, Paul Rhoads was directly asked about it.

“We like our speed and athleticism with the linebacker core and that personnel group,” Rhoads said. “It’s the same thing with that back-end. We think we are probably in a better situation to recruit to this type of scheme right now as we go across the country. We think that in the league and the type of offenses that we face, we think it is a better deployment to help us defend it.”

I love the way Iowa State’s coaches are thinking through this. Throughout the entire modern era of Cyclone football, this program has struggled to recruit Big 12 caliber defensive linemen. It’s still the most important position on that side of the ball, but this relieves a little bit of that pressure on the recruiting trail.

And it’s a move that just makes sense in the Big 12 however as we saw in the second half on Saturday, without a quality nose guard against a running team, stopping the opposition’s ground game can be problematic.

The only issue I have with this move is the fact that this change took so long to make.

I have no idea how to judge high school offensive linemen and how they will project at the next level. Despite what the recruiting “experts” out there tell you, neither do they. There are so many variables.

When I learned that a 6-foot-6, 255-pound tackle out of New Mexico named Grant Hermanns had chosen Iowa State, I immediately checked to see who else had offered him. While Washington State, Texas Tech and Kansas don’t exactly blow a guy away, that still means that three other power five coaching staffs felt highly enough about the kid to offer him.

I’ll take it, as it sure is better than beating out Akron and Western Kentucky. 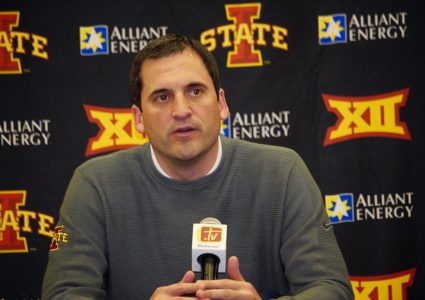 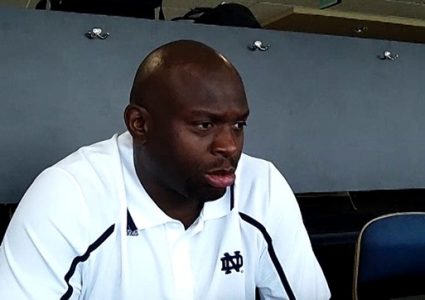