When it comes to football recruiting, I tend to pay less attention to stars and more attention to who else wants a guy. However when it comes to Iowa State’s latest commitment, Hakeem Butler, a 6-foot-7 wide receiver out of (Richmond) Travis High School near Houston, a different approach might be appropriate.

Based off of my research, Butler hasn’t been playing the game for very long. Rivals lists him at 6-foot-6, 205-pounds. He’s got plenty of bulk to add to that frame. Right now, Butler projects as a wide receiver at the next level but clearly could play tight end as well.

Watch his senior season highlight tape above.The guy appears to be an athletic freak while playing against solid competition.

Football recruiting isn’t always about hitting home runs. Iowa State needs to be able to hit singles and manufacture runs along the way. Butler, who chose the Cyclones over Houston (and new head coach/former Iowa State coordinator Tom Herman), could be a diamond in the rough. 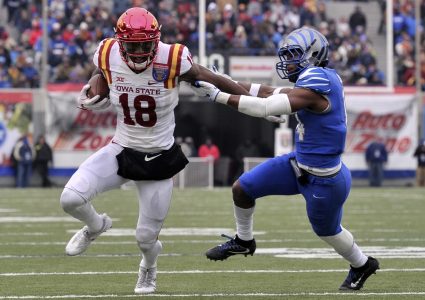 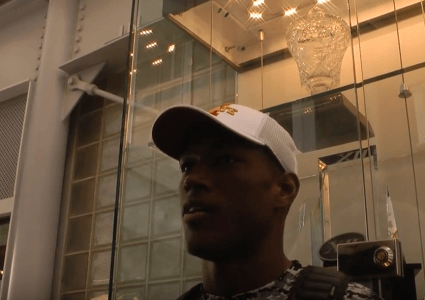