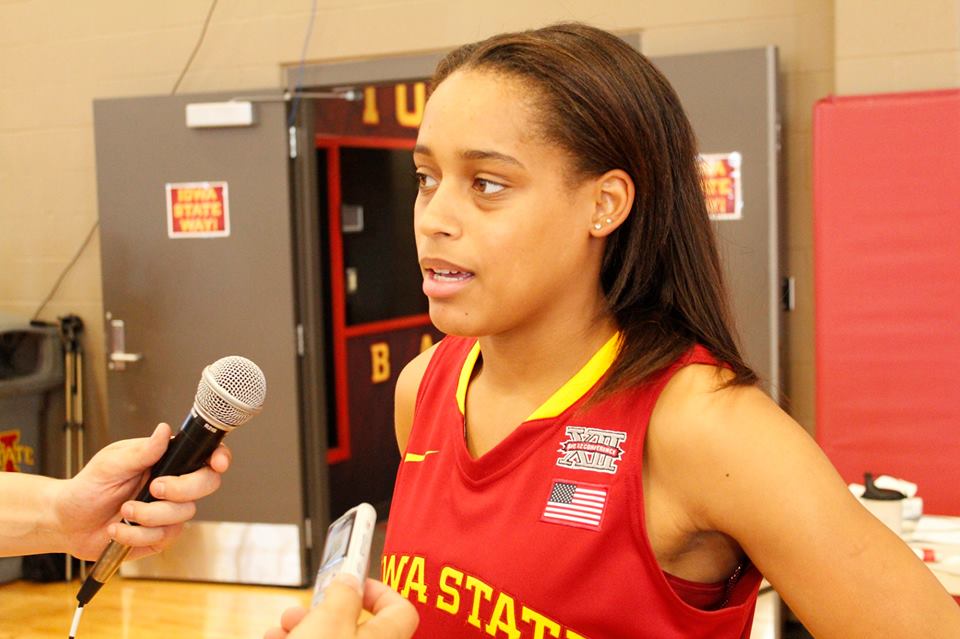 Once again, Cyclone Fanatic’s coverage of Iowa State women’s basketball is brought to you by our good friends at Wilson Toyota of Ames located at 2212 S. Duff Ave. in Ames.

AMES –- Bill Fennelly is a coaching chameleon who has proven he knows how to play to his team’s strengths.

Whether it’s the inside power of Chelsea Poppens or the point guard wizardry of Alison Lacey, his team’s pile up wins.

Oh, and shoots the 3-ball. That may never be truer than this season.

In his 19th year at Iowa State, Fennelly is trying something almost entirely new… playing a four-guard lineup.

“It will be fun to have guards that can attack the basket and look to other guards,” wing Brynn Williamson said. “The plays might not look as pretty, but they’ll be more fun and exciting.”

That’s what Fennelly is counting on. The Cyclones’ roster is littered with talent in the backcourt. Iowa State could go as many as six deep in its guard rotation this season.

“We will be able to beat the people off the bounce a little bit better,” Fennelly said at Iowa State’s annual media day. “Maybe create a little more with our defense. We’ve never been an up in your face defensive team. I think we’re going to be more aggressive defensively.”

For the four-guard lineup to work, Iowa State needs to shoot the ball better from behind the arc this season. In the 2012-13 campaign, the Cyclones – who won 24 games – made just 33 percent of their 3-point attempts.

That won’t cut it this season without Chelsea Poppens and Anna Prins around.

Luckily for Iowa State, Buckley and Johnson are adept shooters that will add to the already strong skills of Williamson and Blaskowsky.

Williamson is the best of the bunch after making 68 treys last year and averaging 8.3 points per game. Fennelly is looking for even more this season.

“Last year, Brynn was our best defender and scored eight some points per game,” Fennelly said. “Her 3-point percentage is better than her 2-point percentage. She has to finish around the basket, get to the free throw line more. She’s got to continue to be a good defender and rebound.”

Moody should be able to shoulder more of the scoring load, especially with the addition of Buckley. Moody was forced to handle the ball nearly all game last year and averaged 34.9 minutes on the court. That will wear anyone down.

Enter Buckley. The highly touted Mason City native will ease the burden on Moody, allowing both to flourish. Moody’s scoring average of 8.4 points will certainly go up.

“It’ll give me a chance to run off a screen or slash to the basket,” Moody said about moving off the ball with Buckley running the point.

Fennelly is confident both Buckley and Johnson will be ready to contribute at a high-level right from the get-go. It wouldn’t be a surprise if both began the season in the starting lineup.

“Jadda just loves to play,” Fennelly said. “She will be a fun kid to watch. She’s a kid from our state. I think she is going to do a lot of really, really good things here.”

In your face D

The offense won’t be the only thing to benefit from the four-guard lineup. Fennelly will have more flexibility with his defensive schemes, something he hasn’t always had in the past.

“We have four guards now who are quick, that can press and do other things that help us as a team,” Williamson said.

While Iowa State likely won’t press all game, it’s possible the Cyclones could employ a half-court trap and other aggressive strategies.

The changes and added turnovers will help offset the loss of Poppens and Prins rebounding prowess.

“We are going to get up in people’s face this year,” Moody said.

The 2013-14 Cyclones could entirely different than last year’s version, but it’s probable one thing will stay the same – Iowa State will keep winning.