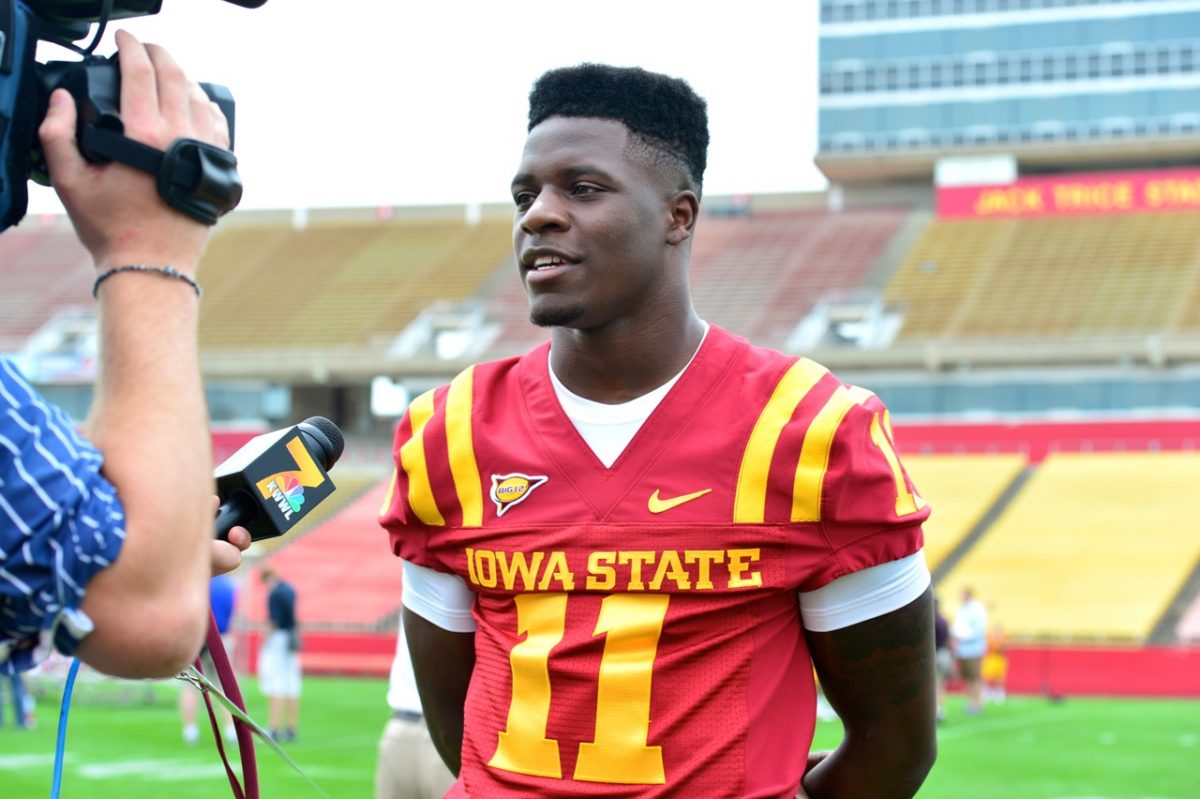 AMES — When Iowa State released its pre-camp depth chart a month ago, there wasn’t a bigger story within that piece of paper than redshirt freshman Charlie Rogers getting the nod at cornerback. Rogers has been in the middle of a fierce competition all camp long and it’s still up in the air as to if he’ll start against UNI on Aug. 31.

After Thursday’s practice, Rogers spoke to the media about his camp so far. Here’s the Q&A.

Q: Coach Burnham has talked about how you’re seeing some time at nickel as well as cornerback. Do you approach those positions with different mindsets or in your mind, is it pretty much the same?

CR: I’m a pretty physical player at either position, just because of my size. I can be more physical. Really, there isn’t much of a difference, playing corner or nickel. If I’m at nickel, I know what the corner is doing because I play that position. When I’m at corner, I know what the nickel is doing. I know which zone I am supposed to be in or where the nickel is supposed to be coming (from) to help out.

Q: How aware are you and the other defensive backs of the new targeting rules?

CR:We’ve covered a lot of it throughout camp. In those two scrimmages, we haven’t had a targeting call yet. There have been some hits that looked like they could have been targeting but after having Big 12 officials review them, we’re looking good right now.

Q: Do you fear finding yourself being a little more tentative this year because of the rule?

CR:More cautious? No. If you play with a cautious mindset then I don’t think you will get everything that you need to get.

Q: What if the receiver comes down and buries his head?

CR:I’m going to get lower.

Q: If you look at the depth chart right now, in the secondary there are three seniors and you. Are you treated like the little brother in that group? What’s that scenario like?

Q: What is Jacque like as a teacher? Does he give tough love?

CR:He’s both. He can be fun at one time. On another time, he’s going to be serious because he knows that work needs to be done. If you’re goofing off, he’ll put you in the right place.

Q: A lot was made about you being No. 1 on the depth chart at the start of camp. Do you feel like you’ve done what you needed to do to stay there?

CR:I can’t tell you that. We’ve still got one day of camp left. We do have the UNI game coming up next week and I’m pretty sure the depth chart will come out then. Right now, I don’t know where I’m at on the depth chart.

Q: Does it really matter though because it seems like a lot of you guys will be playing?

CR: I feel like we all can rotate in at corner. We have some good talent back there. The top corners all know the jobs to do. It’s not really a difference. We can switch one person in and out.

Q: Coach Rhoads mentioned this after the scrimmage the other night…He said that when you guys compete for a corner spot, often times you will maybe take a chance that you aren’t supposed to.

Q: Yeah. Have you found yourself taking more of those trying to impress somebody to win the job? 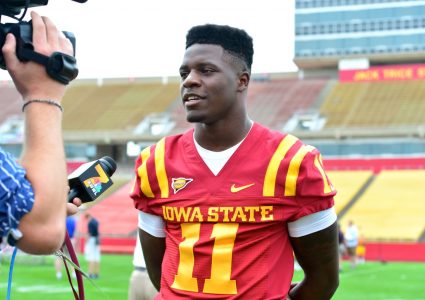