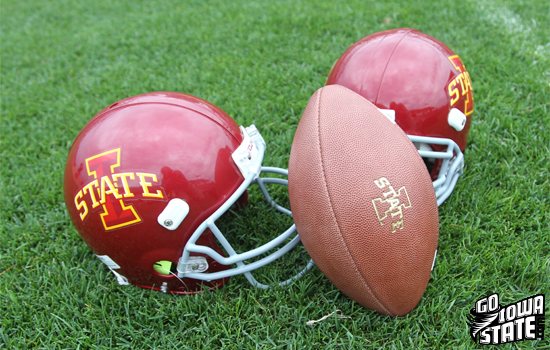 Texas @ Missouri – I’m officially jumping on the Texas bandwagon and I don’t know why. I think their defense is solid and will give Franklin fits and they will sneak out with a road victory.

Texas A&M@ Kansas State – K-State lost a heartbreaker last week to OSU and you have to wonder how much they have left in their tank. I think they will score on A&M but A&M needs a win in the worst way and gets in here.

Nebraska (-3) @ Penn State – Hardest game to pick all week. I would have taken Nebraska if it was a normal game. Now you have to ask yourself if Penn State players play for their coach. Or has the last week put so much on these young kids that they will crack? I honestly have no clue. All I know is this whole situation is sad, really really sad. I guess I will take Nebraska to cover.

Oregon@ Stanford (-3) – I’d love to see Stanford win out and play and SEC school to see how Luck matches up but I don’t think it’s going to happen. I think Oregon shreds Stanfords defense and gets the win.

Texas @ Missouri – Since they announced their move to the SEC, Mizzou has had three verbal commits de-commit. Two of them are from Texas. Oops. Probably not what the Tigers wanted to hear. But enjoy that trip to Starkville fellas! This one should be very tight. If Mizzou can shut down the Longhorn ground game, they win. Mizzou 28 Texas 24.

Texas A&M @ Kansas State – This is a tough one. Both teams have to be in a fragile state of mind following losses last week.I have no confidence in A&M’s ability to stop K-State’s ground game. But the Aggies should be able to throw it on the K-State secondary. With so many questions, I will go with the home team. K-State 31 Texas A&M 28.

Michigan State @ Iowa – A bizarre season for both of these schools. Regardless, nobody has defeated the Hawks at home this year. That said, the Spartans have the horses to shut down the Iowa rushing attack. Kirk Cousins has enough to get it done in Iowa City. Michigan State 27 Iowa 20.

Oregon @ Stanford (-3) – Stanford’s offensive line doesn’t get enough credit. They are able to control the Oregon defensive front and give Luck time to keep it rolling. Stanford 34 Oregon 28.

Texas @ Missouri – Texas has been steadily improving all year and I think they’ll go into Columbia and get the W.

Texas A&M @ Kansas State – Texas A&M gets off to a fast start but Grandpa Snyder rallies the troops and prevails.

Michigan State @ Iowa – Game is in Iowa City. That’s all you need to know with this year’s squad. Iowa

Nebraska (-3) @ Penn State – Most anticipated matchup of the weekend and it has nothing to do with the game itself. Penn State wins outright.

Texas @ Missouri – Texas is playing great football, having won their last two games by a combined score of 95-20. This game plans to be a good one. I’m going with Texas and their rush offense 38- 30.

Texas A$M @ K-State – This is a tough one with both teams coming off of tough losses. I believe A$M wins this game because of their balanced offensive attack. Kansas State is fairly one dimensional when it comes to glorified Wildcat QB Collin Klein. A$M wins a close on in Manhattan 33-28.

Nebraska – 3 @ Penn State – Unbelievable what has transpired in the past few days in State College. Penn State will do one of these two: Stand up and play for themselves on Senior Day and win or be so emotionally distraught and distracted by the media zoo on campus and lay an egg. I choose the second option. There is way too much going on for these kids to overcome. Coupled with, they are the worst one loss team in America. Nebraska covers.

Oklahoma State (-18) @ Texas Tech – Tech is more than struggling right now and Oklahoma State is not. Tech dropped their last two games by a combined score of 93-27. Enough said.

Oregon @ Stanford (-3) – Love this game for the Cardinal. Game is in Palo Alto, also a lot of these guys were around in 2009 when Stanford beat Oregon at home 51-42. Andrew Luck will be the deciding factor in this game, this is the reason he came back to play college football another year, to beat Oregon. Stanford wins in a shootout 44-39.

Michigan State @ Iowa – After Iowa lost to Minnesota, I fully believed the Hawks would beat both Michigan and MSU, before losing to Purdue and Nebraska. My opinion hasn’t changed. Hawks win, 27-24.

Nebraska (-3) @ Penn State – It’s going to be very interesting to see how Penn State responds in the wake of the Sandusky scandal. Nebraska takes advantage, and wins, 31-21.

Oklahoma State (-18) @ Texas Tech – Tech makes it a game, but no upset here. Cowboys will roll into Ames unbeaten, winning this one 42-27.

Texas @ Missouri – I like Manny Diaz. I think he is one of the great young coaches out there. For that reason I think Texas wins this game. That defense will make life tuff as rain for Franklin and company and Texas wins a somewhat boring game. UT 23-17

Texas A&M @ Kansas State – KSU is somewhat reeling. A depantsing bowout at the hand of OU followed by a disheartening loss, in my opinion, will send this team in a downward spiral. I think the aTm offense is too much and they win this game convincingly. aTm 45-24

Michigan State @ Iowa – Iowa still isn’t that good. I don’t think they can stop the ground game enough to win this game. Their only hope is for Vandenberg to go off but I don’t see that happening with the MSU front four controlling the line. MSU 27-17

Nebraska (-3) @ Penn State – I don’t see how PSU can be focused for this game. There is just too much going on and this isn’t something small around this program. The things we have heard are deeply disturbing. I don’t care if you are a high level athlete, this stuff will distract you. Nebraska covers in an ugly game. NU 27-21

Oregon @ Stanford (-3) – This is a huge game. There are possibly national title implications for both teams here. Stanford has not been tested yet and I think Oregon is able to win this straight out pretty easily. Oregon-45-35.

Texas @ Missouri – In my opinion, this is the toughest game to pick this week. Common sense tells you to go with the Horns. After all, Texas has won its last two games by a combined 95-20. But how much does common sense actually mean in college football? Missouri is good enough to win this game. They are due to win this game. Give me the Tigers.

Texas A&M @ Kansas State – Do I dare take two north teams over the mighty south? Why yes…Yes I will. I’ll take Wild Bill and the Cats by a touchdown.

Michigan State @ Iowa – Iowa beat Michigan last week. It was a solid win that few saw coming. Yes – The Hawks are a different team at home. But at the end of the day, I still don’t think they are that good. Give me Sparty by a field goal.

Nebraska (-3) @ Penn State – I’ll start by stating the obvious. Penn State has a ton of distractions to deal with in this one. However from a football standpoint, Penn State matches up well with Nebraska. Their interior defense is as good as any team in the Big Ten and that should give Nebraska troubles. I’ll take Penn State in a raucous atmosphere to win the game outright.

Oklahoma State (-18) @ Texas Tech – Which Texas Tech will show up? This team is as hot and cold as any we’ve seen this year. I like them to compete on Saturday. Oklahoma State will win, but not by 18 or more.

Texas @ Missouri – Texas has really been hitting its stride as of late. They thumped Texas Tech last week. This young team is a different team away from home but something tells me they will pull this one out. Horns 31 Mizzou 27.

Michigan State @ Iowa – Six days ago I was saying that Iowa wouldn’t win a game in November. Now I’m picking the Hawks outright. Go figure. That kind of sums up my year in the Cyclone Pick’em.

Nebraska (-3) @ Penn State – Man, this game can go either way. Seriously. What a mess in State College. Anybody who tells you they have a pulse on this game is flat out wrong. How can anyone predict how 18-22 year olds will react to what just happened? I think both teams are overrated, so I’ll give the slight edge to the PSU seniors playing their final game in Happy Valley.

Oklahoma State (-18) @ Texas Tech – Tech has been in complete melt down mode since they lost to ISU. However this game is back home in Lubbock. I think their offense has the tools to keep pace for a while. Ill take the Red Raiders to cover.

Oregon @ Stanford (-3) – Stanford has the best player. Oregon has a better team. Quack Quack Quack, give me the flying V!

Texas @ Missouri – Missouri has been up and down all year. Texas’ ground game is becoming a difference maker. I like Texas 34-31.

Texas A&M @ Kansas State – After watching K-State battle last week in Stillwater, I like the Wildcats to bounce back at home 31-28.

Oregon @ Stanford (-3) – Stanford is down some key playmakers due to injury. Oregon’s speed will be the difference, Ducks win by 7.