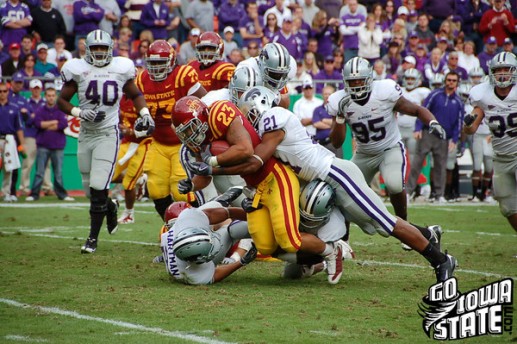 Every week I sit down at this computer and try to figure out which team is going to win the Big 12 North. So far in 2009, every week, I’ve been incredibly confused.

Here’s a look at the North standings after yesterday, heading into week 10.

This thing is still a total crapshoot. I really don’t see one team that has an edge. Now, take a look at next week’s games featuring North teams, along with my take on how each perspective contest can and will affect your Iowa State Cyclones. Oklahoma State @ Iowa State – Obviously, winning at home would do wonders for the Cyclones. Do I really need to analyze this one?

Kansas @ Kansas State – This one is a bit of a toss up really. Iowa State wants Kansas State to lose because the Wildcats currently sit on top of the North. Having said that, it’d also be beneficial for Kansas to lose because the Jayhawks hold a tiebreaker over Iowa State. With a win, Kansas would jump over ISU in the standings. I’d say pull for Kansas State in this one. The Wildcats get Missouri at home and a road trip to Nebraska over the final two weeks of the season. They could lose both of those game or they could win them. After KSU’s performance in Norman last night, I’m starting to believe that they aren’t that bad of a football team. We’re all pulling for Paul Rhoads to bring home some hardware at the end of the season, but it’s hard to argue right now against Bill Snyder being the league’s Coach of the Year. Having said that, there’s a lot of football left to play.

Oklahoma @ Nebraska – This one is obvious. Root for the Sooners.

Texas A&M @ Colorado – What’s sad here is that with a win, Colorado is technically still alive in the division. Don’t worry about that though. The Buffs won’t be a factor. Iowa State fans need to cheer extra hard for the Aggies for one main reason. Colorado will invade Ames on the 14th. Let’s say that A&M rolls into Boulder and wins by 30 points or more. More distractions, more headaches and more question marks will be the story for Dan Hawkins and Co. That could all equal to the Cyclones being bowl eligible in 2009.

Baylor @ Missouri – Root for the Bears. A loss would put Missouri at 1-4 in league play. Baylor is irrelevant at this point.

Final thoughts: When I began writing this piece, I wanted to find some quirks, spark some discussion and make a case for how/why Iowa State can still win the North. After reviewing what the final few weeks look like in this division, I’ve now come to this conclusion. None of that stuff really matters.

The Cyclones need to take care of what they can take care of. Make sense? That’s what Iowa State does on the football field.

Saturday’s loss really hurt Iowa State’s chances for a North championship, but it is still possible that four league wins could get a team to Dallas. 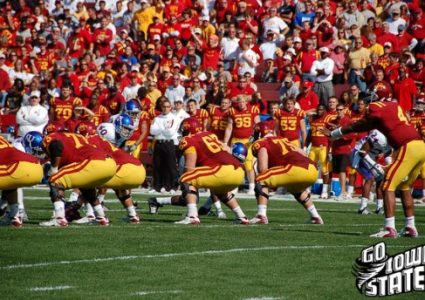